From barbers and salon owners to antique furniture and barbershop collectors, different types of antique barber chairs appeal to a wide audience. The unique, old look of the chairs paired with relatively low costs makes them coveted and affordable.

An antique is defined as something made more than 100 years ago. Therefore, antique barber chairs need to be made in the early 1900s or before to be considered antiques.

Since ancient times barbers have cared for the needs of people. Until the late 1700s, barbers not only cut hair and shaved faces, they also did surgical procedures on wounds, performed bloodletting and pulled teeth. The chairs used by the barbers of early times ranged from upside down wooden pails and inverted baskets to stylized chairs of the times and the folding barber chairs of the Civil War. In reality, there is not a lot known about barber chairs before the 1850s.

Qualities of Antique Barber Chairs From the Early 1800s

Many of the wooden barber chairs of the early 1800s were elaborately carved with ornate designs and decorative plush upholstery. In the 1850s, the barber chair industry began to take shape as companies started to make chairs specifically for barber shops. The early chairs of this period were usually crafted from wood had offered the following features:

Qualities of Antique Barber Chairs From the Late 1800s

In the last two decades of the 1800s, there were many mechanical advances made in the barber chair industry including: 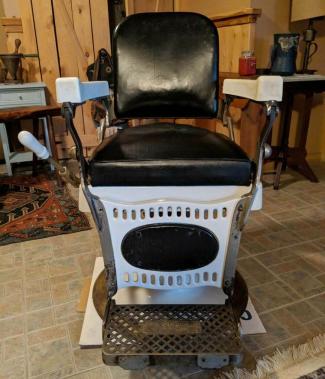 The Theo A. Kochs Company formed in Chicago in 1871, making these chairs some of the oldest in the U.S. Their unique designs set them apart from others. The earliest models were made from wood with leather upholstery. Some had separate foot stools. Kochs antique barber chairs range in value from $300-$3500. 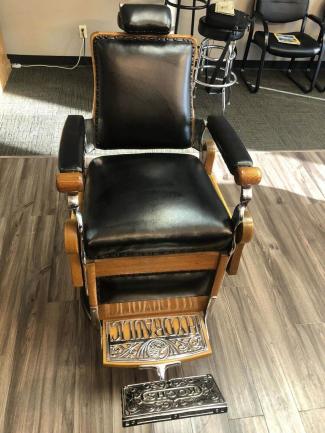 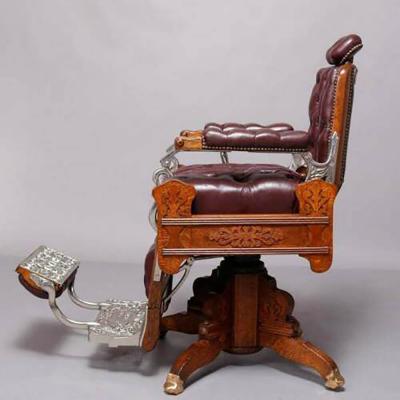 Louis Hanson began his company in 1871 manufacturing picture frames in Chicago. As the company grew and made more products, they eventually made barber chairs. As with other makers, you can find the company name in some of the metal grate parts. These chairs range in value from about $500-$1,800. 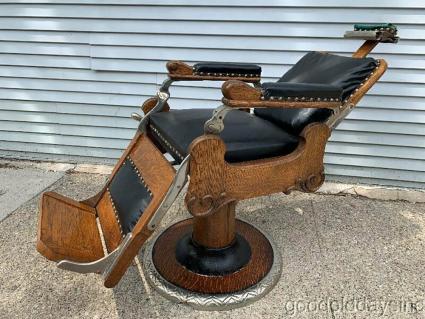 In the early 1900s, the Emil J. Paidar Company was a top competitor with Koken. The company was successful into the 1970s. Their chairs were not unique, but collectors especially enjoy their children's barber chairs that had fun designs. Paidar barber chairs are valued between $150-$2,500. 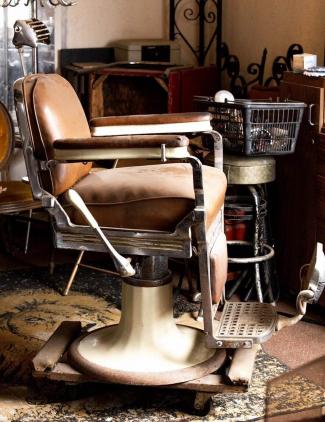 To be vintage means the chair was made a long time ago, but not necessarily over 100 years ago. In the 1900s the trends in barber chair styles and materials changed with the times. Slowly the beautiful ornately carved wood gave way to chairs made of porcelain covered cast iron. Later in the 1900s other features were added to the reclining hydraulic chairs. Models from any of the barber chair manufactures made after about 1920 would be considered vintage rather than antique. 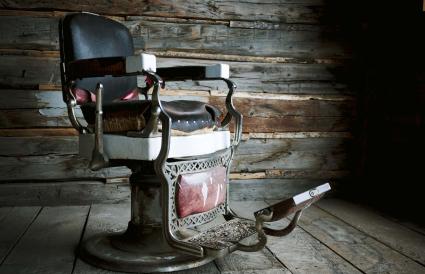 A trip to urban antique shops or some online shopping at eBay can help you find the antique barber chair of your dreams. In the late 1800s and early 1900s there were thousands of barber chairs manufactured, so they're not too hard to find.

The process of properly restoring an antique barber chair can be long because you essentially take the chair apart, then rebuild it with new materials where needed. A high quality restoration is important to keep or add to the value of your chair.