Carnival glass was a common sight at the beginning of the 20th century. Glass items in the carnival glass style are popular with antique collectors today for their variety of colors, shapes and sizes and range of prices.

What Is Carnival Glass?

Carnival glass is pressed glass with mineral or metallic salts added during the manufacturing process to create the iridescent rainbow of colors it comes in. Carnival glass gets its name from the fact that it was a common prize at carnivals from around 1907 to 1925. Most iridescent carnival glass was sold in stores, however, despite its name. Carnival glass became popular again in the 1960s and 1970s and was still produced through the 2000s in lower quantities.

Other Names for Carnival Glass

The original name for carnival glass was Iridill, which was trademarked by the Fenton Art Glass Company. In addition to the moniker carnival glass, this type of pressed colorful glass was also known by many other names. These included:

How to Identify Carnival Glass

There are several ways you can identify a piece of carnival glass. A qualified professional appraiser can assist you but you can also look at common features when first reviewing a potential purchase. The most common ways to identify the glass are: 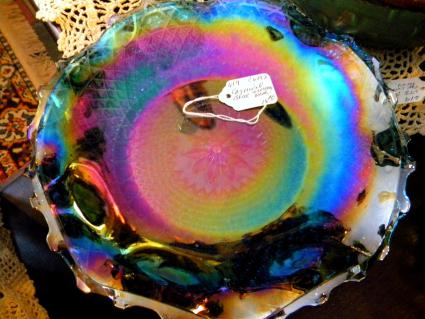 Carnival glass should have a shimmery quality to it, especially when you hold it up to the light. The effect should look somewhat like the rainbow iridescent swirls you see when oil is introduced to water. The base color for carnival glass comes in over 60 colors, but the most common colors are: 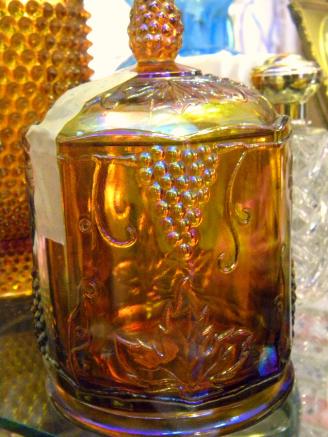 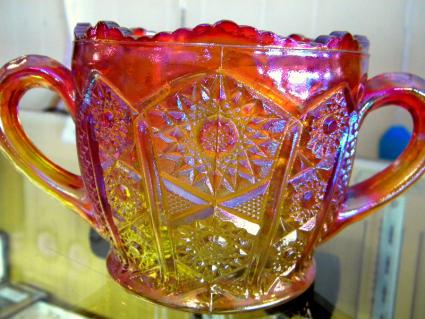 You can tell what the base color for a piece is most often by looking at the bottom of the item as this area tends to not have as much or any of the chemicals used to create the iridescent rainbow effect. 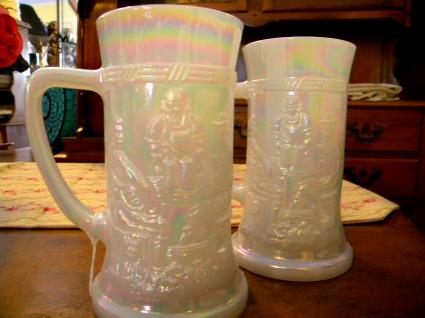 Carnival glass comes in over 2,000 patterns and although antique carnival glass was machine pressed, the final fashioning and shaping of each piece was done by hand. As a result, each individual piece is unique. The glass also had many unusual crimped, ruffled, rounded or scalloped edge designs. Different designs and banding patterns also tended to be clumped in years, so it's possible to age a piece of carnival glass based on the pattern. Another quality often found with antique carnival glass patterns is their uneven sizing and design, as you may see crimped edges on a bowl that fluctuate in size owing to the fact these designs were handmade. 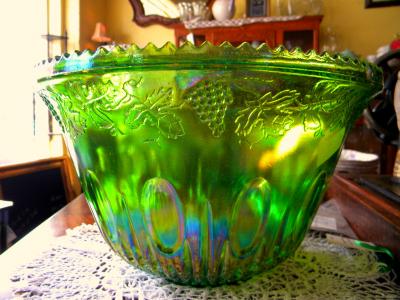 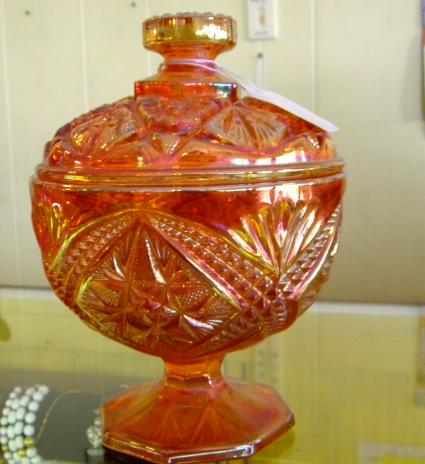 Several companies in the U.S. made carnival glass including Indiana Glass, Imperial Glass Companies, Northwood, Millersburg, Fenton, Dugan(Diamond) Glass Company, Cambridge, U.S. Glass Company and Westmoreland. In Europe, some of the most well-known makers of carnival glass were Crown Crystal of Australia, Brockwitz and Sowerby, as well as Cristalerias Rigolleau and Cristalerias Piccardo in South America. Unfortunately, many makers of carnival glass worldwide did not include maker's marks on their products. A few who did were Fenton, Imperial, Dugan and Northwood. 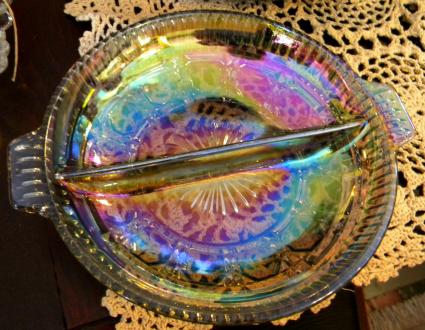 When trying to identify antique carnival glass, you should be aware that "fakes" have been produced in order to fetch higher prices from less savvy antiques buyers. There are some ways to tell real from fake, but nothing is completely foolproof.

Antique carnival glass can be found for a range of prices, based not only on the age of the piece but also the condition, color and the rarity of the particular pattern. You can find carnival glass pieces for as low as a few hundred or even less if it's a more recent piece. You can also find much rarer pieces that sell for several thousand dollars. 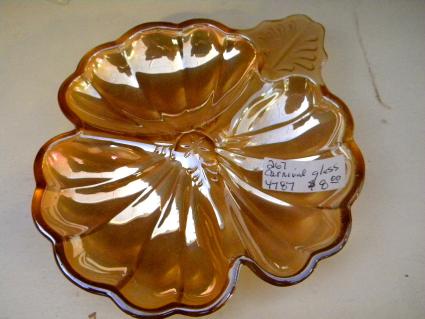 Determining whether a glass piece is a true piece of antique carnival glass can be difficult. The sheer number of patterns combined with the individual artistry and unique touches applied to each item, as well as the lack of manufacturer's marks, can make identifying the pieces difficult for an amateur enthusiast. If you love the look of carnival glass and want to become involved in collecting, having a copy of a pattern guide can be invaluable in helping you to narrow down the authenticity of pieces. It also helps to have an understanding of the firing and manufacturing process back in the early part of the 20th century to eliminate fakes from consideration.