Old automobiles have two main classifications, antique and classic cars. According to the Antique Automobile Club of America (AACA), antique cars are more than 45 years old, while classic cars are at least 25 years old. These can also be broken down into other categories and subdivisions.

Categories of Antique and Vintage Cars

Antique and vintage cars can be categorized according to the era in which they were manufactured, although the classifications are every changing notes the AACA. Although numerous steam-powered vehicles were invented over the centuries, German engineer Carl Benz is considered the inventor of the first modern gasoline-powered automobile, according to the Automotive Hall of Fame. He founded Benz & Cie, which became the world's largest manufacturer of automobiles in 1900 and is now known as Mercedes Benz. 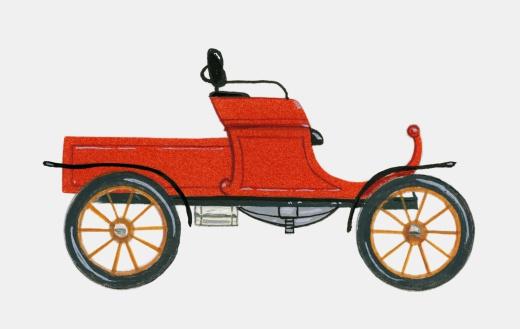 The Veteran Era (1888 to 1905) introduced the first successfully manufactured autos. During this period, History.com notes that autos were individually constructed, a slow process that resulted in extra expense and forced consumers to wait months for them to be finished. Early autos were powered by steam, electricity, or gasoline, although cars with internal combustion engines were faster and could travel longer distances. These cars broke down often, both from mechanical woes and because dirt roads were too pitted and rutted for horseless carriages. Fuel was hard to find and with the quickly changing technology, car owners discovered that their beloved vehicles were soon obsolete. Because of these issues, automobiles were more of a hobby than a practical mode of travel.

Popular Veteran Era autos and their original prices include:

The Brass Era (1905 to the start of World War I in 1914) took its name from the brass decorations from lights to radiators found on these early cars. 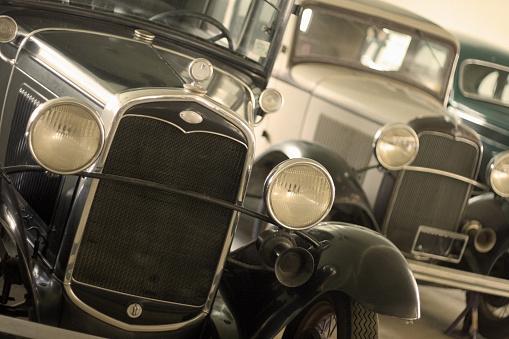 In 1908, Henry Ford produced the Model T, an inexpensive car with standardized parts. Model Ts were extremely popular and ushered in the "everyman's" automobile. Faced with the demand for cars exceeding supply, Ford developed an improved auto assembly line in 1913 that reduced building a chassis from 12.5 to 1.5 hours and eventually enabled the company to deliver 100 Model Ts per day, according to the Ford Motor Company. Mass production changed manufacturing, making the job faster and offering components that could be swapped from one car to the next with the perfect fit. Ford's Tin Lizzie is well-known, but there were many other car makers at this time; there were hundreds of manufacturers in the United States before the Depression. Developments included electronic ignition systems, four-wheel brakes, leaf springs for suspensions, and the shift from wooden bodies to steel bodies with wood structures.

The Vintage Era (1918-1929) encompassed the decade between the end of World War I and the stock market crash that ignited the Great Depression. Cars included enclosed areas for passengers and comfort was more of a consideration. Increasingly powerful engines with eight, 12, and even 16 cylinders were finding favor over the slower, vibrating 4-cylinder engines found in many brass-era cars. 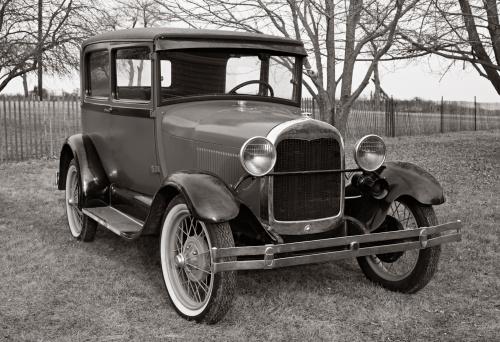 By 1925, there was one automobile for every six persons in the United States, according to a report from the Library of Congress. Five years later, in 1930, that amount had changed to one car for every 4.6 people in the nation.

Important cars of this period were:

This period began with the Depression in 1929 and ended after World War II in 1948. Integrated fenders, completely enclosed bodies, and rear trunks were popular. Radiators, lights, and running boards became more unified with the body mass. Most of today's technology appeared in the cars of this period. 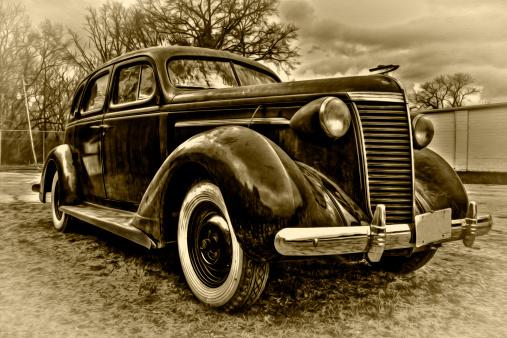 In 1930, several automakers consolidated or went out of business, leaving just a few major car manufacturers, many of which are still in business today. General Motors consolidated Chevrolet manufacturing with Pontiac and Buick with Oldsmobile. In 1933, in the throes of a devastating economy, GM managed to sell 753,039 new vehicles in the U.S., according to the GM Heritage Center.

Significant cars of this era include:

In 1949, General Motors introduced the high-compression V8 engine in its Oldsmobile and Cadillac brands, setting the stage for affordable larger, more powerful cars. Cars became more flamboyantly styled, and the demand rose among the middle-class families headed by returning troops from the war. 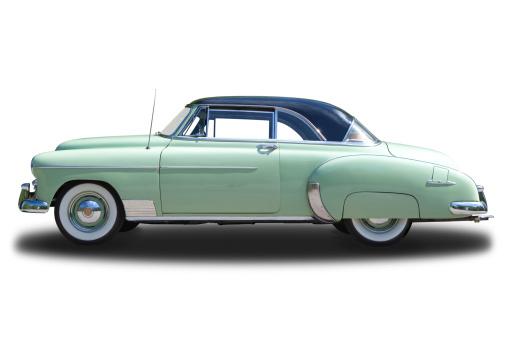 By 1960, American auto manufacturers worried about foreign competition as Japan and Europe perfected smaller, more fuel-efficient cars. They countered with Chevrolet's rear-engine Corvair, Ford with the Falcon, and Chrysler with the Valiant and Lancer; all introduced in 1960. With the introduction of Ford's sporty Mustang at the World's Fair in New York in 1964, a wave of more performance-oriented cars was about to sway drivers away from the "compact" cars of the early 1960s. This created a sub-category known as Muscle Cars.

Important cars of this era include:

How Are Antique Cars Appraised?

If you plan to drive your restored automobile, it will need to be insured by a company that specializes in classic and/or vintage cars. Hagerty Insurance features a handy online valuation tool for cars made since 1945. You will need to create an account to access the site's features. Most antique cars fall into one of six categories. Ultimately, car value is determined by the desirability, rarity, condition, and quality of the restoration.

While most people can't afford a collection of antique and vintage cars, it is fun to look at them at antique auto shows and in museums throughout the U.S. Automobiles are a beautiful piece of history, showing the ingenuity, design, and craftsmanship exhibited throughout the 20th century. They are a reminder of a time when the ability to get from one place to another was not taken for granted and a car trip-short or long-could also be a special, unique experience.