German china has been desired by collectors for nearly three centuries. While it can take a lifetime to learn about china made in Germany, beginning with the basics will help you understand how to recognize and evaluate individual pieces.

First of all, the terms china and porcelain are used interchangeably. The ceramic's formula was a closely guarded secret for more than 350 years, and only Chinese workshops produced and exported it. In 1708, Johann Friedrich Bottger, a German alchemist, stumbled across the secret for making hard paste porcelain. On the basis of that discovery, Augustus the Strong of Saxony founded the Meissen porcelain factory, the oldest German porcelain factory still in existence. 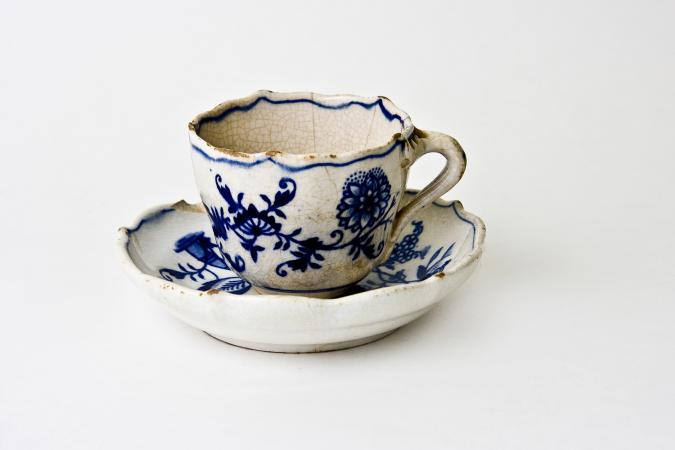 With the success of Meissen came the opening of dozens of porcelain factories as the rulers of different German states and regions vied to dominate the European and American markets. Many well-known names in the porcelain industry got their start in Germany at that time.

By the beginning of the 19th century, many of the original German china factories had ceased production. After large kaolin deposits were discovered in the area of Selb, Bavaria, a new chapter in the history of German porcelain factories began. The china made in Germany at this time was designed for the general population rather than for nobility and aristocrats. Many of the companies founded in the mid-to-late 1800s still produce beautiful German china with well-known names such as Goebel, which was founded in 1871 and is best known for the Hummel figurines of German children. The Goebel backstamps included the name, a crown, the moon, and a bee. Values for Hummel figurines can begin at $20, although rare pieces command thousands of dollars.

Made in Germany? Old or New? 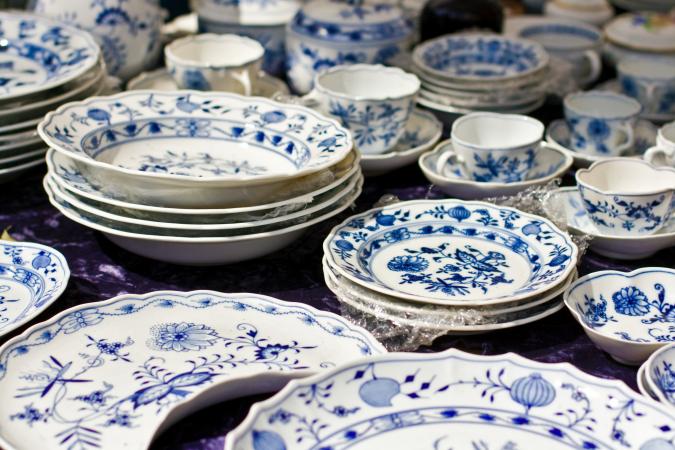 Identifying German china takes research, patience, study, and practice. A piece may have a certain color, shape or design element that offers a hint to the factory that made it, but the most dependable way to determine if a piece of china is made in Germany is the backstamp.

Since some German porcelain is rare and valuable, the market has been flooded with fakes and copies which can fool new collectors. There is no single way to tell whether a piece of German china is old or new, but here are some tips to help avoid a bad bargain.

The best way to date a piece of porcelain is through knowledge, and that takes research, time, and effort to acquire. Visiting museums, antiques shops and shows will give you an opportunity to see examples up close, and this can help you learn what to look for from a certain factory. Keep in mind - even the experts get fooled sometimes.

The following price and identification guides are available through online booksellers:

German porcelain, for all its delicate looks, has lasted for nearly 300 years. Although the "Made in Germany" mark appears on some pieces, don't use that as your only guide to collecting porcelain. Instead, spend time getting to know the factories that produced porcelain and enjoy learning about the designers, styles, and stories behind these fragile creations.