Antique Christmas postcards are an affordable collectible favored by many collectors. The practice of collecting postcards of all types is called "deltiology," and those who collect consider the years from 1900 to 1920 to be the golden years of postcards. However, vintage Christmas postcards from other eras are also charming and valuable.

John Charlton patented the first postcard in 1861, but the Post Office was the only agency that was licensed to print and produce postcards until 1898. At this time, Congress passed the Private Mailing Card Act which allowed publishers to create cards for mailing. According to law, they could not be called postcards and could not have a divided back, so they were called private mailing cards.

On December 24, 1901 the government released the word "postcard" for use by private companies. The postcards could only have the message on the front of the card and the backs were left for the address. This meant there was very little space for artwork.

Postcards With Artwork - After 1907

On March 1, 1907 the post office began to allow postcards with divided backs where the address was written on one side and the message on the other. This left the front available for designs. It was at this point that Christmas postcards became popular. It is safe to say that most American vintage holiday postcards you find will have been made after 1906, although you might find a few made prior to that, especially from European countries.

Some Victorian images have remained popular; however, other images have fallen out of favor to be replaced by more modern designs. If you collect vintage Christmas postcards, you'll see many of these motifs.

Whether the postcard depicts Santa in a Model T or a sailing ship, transportation motifs appear on many cards. Even early airplanes are depicted in these holiday greetings. These help to date the card as well; obviously a 1927 Packard would not be found on a card from 1910.

Santa Claus in Many Varieties

Postcards with Santa Claus on them are popular among collectors. Blue Santas and other non-traditional images of St. Nick are among the most valuable to collectors. Patriotic Santa images are also popular.

Angels have always been associated with Christmas, and there are a variety of cards with both angels and religious scenes on them. You'll also find vintage postcards with nativity scenes. 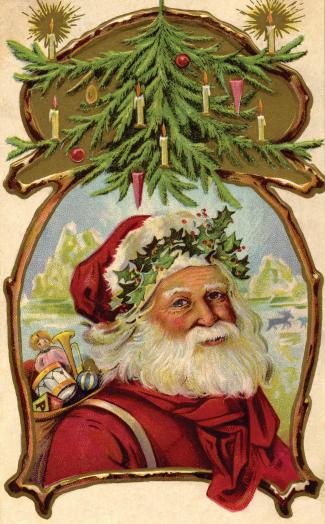 You can find vintage Christmas postcards with scenes from nature depicting woods, ponds, or seasides. Some of these are obviously done in the Craftsman style, while others are more Victorian. Some vintage examples appear Art Deco or even have mid-century motifs.

There's a great deal of variety in the themes and designs you see on vintage holiday postcards. In addition to the specific motifs above you'll see other designs like the following:

Antique Christmas postcards are evaluated like any other antique postcard. There are many factors that contribute to the ultimate value of the card. In good condition, many vintage cards are valued at around $10 to $20, but some examples may be worth even more. If you're considering buying to selling a card, the following process can help you find a value for it.

Determine the Age of the Card

First, you should find out how old the postcard is. Older cards are often worth more, all other factors being equal. These tips can help:

Condition is a factor in the antique Christmas postcard values. While having a handwritten signature will probably not affect the value of a postcard, tears and folds will. A postcard with bright colors and clean edges will fetch more than the same card if it is battered. 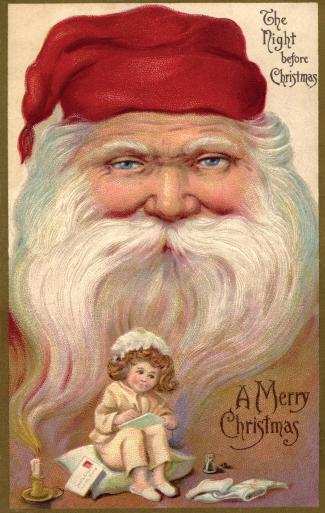 Consider the Desirability of the Design

Some designs or companies are rarer than others and thus can command higher prices. In the Victorian era, artists like Kate Greenway would sometimes produce a limited number of postcards. Later, Norman Rockwell and other noted artists did similar short runs of Christmas postcards. Even cards not by famous artists can be very valuable if they depict an important moment in history, such as women's suffrage.

While having a signature won't decrease the value of a vintage Christmas postcard, the right signature can sometimes even increase value. If the card was signed by someone famous like authors, movie stars, politicians, or even royalty, it may be worth a great deal more than an unsigned card.

Compare to Sales of Similar Cards

To find the value of your card, you need to compare to the value of other cards like it. Check the sold listings on eBay to see what similar cards fetched at auction. These are some examples of vintage Christmas postcard values:

Cards should be stored in special acid free sleeves to keep them bright and in good condition. Avoid touching them because the acids and oils found naturally on your skin can eat away at the paper over time. Also, these older dyes are not light resistant and they will quickly lose color if exposed to sunlight. Keep your postcards in an album or box created especially for this purpose. During the holidays, you can get them out for the ultimate vintage Christmas decoration. If you store them properly, they will delight everyone for years to come.