The antique roll top desk is a favorite item amongst antique collectors of all ages. With its sturdy good looks and multiple nooks and crannies for organizing things, the roll top is a classic piece of furniture.

One of the first U.S. patents for a roll top desk was given to Abner Cutler in 1881. Mr. Cutler was the owner of A. Cutler and Son located in Buffalo, New York. What set Cutler's design apart from the desks that had previously been produced was the flexible tambour that covered the desktop and important papers while the desk was not being used. Every roll top desk that has been created has been based on this design. Cutler antique roll top desks are somewhat rare and very valuable when they are found in good condition.

Cutler was not the first to come up with the tambour idea or putting multiple compartments on a desk. Roll top desks first came into use in England and France in the late 1700s. The roll top is actually the evolution of a couple of popular desk styles of the day. 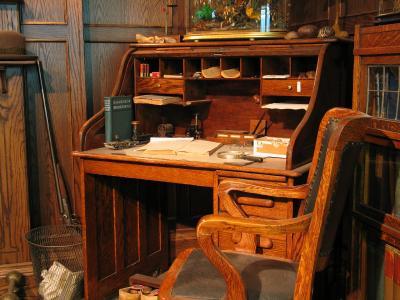 The pedestal desk is created from a rectangular top which rests on two cabinets containing stacked drawers. It is the desk that people most often picture when they hear the word "desk." The pedestal desk often had a front panel, called a modesty panel, which covered the front of the desk from pedestal to pedestal. This allowed the user's legs to be covered while seated at the desk. Some pedestal desks had leather insets, fancy wood inlays, gold leafed designs, and other decorations to make the desk more beautiful. 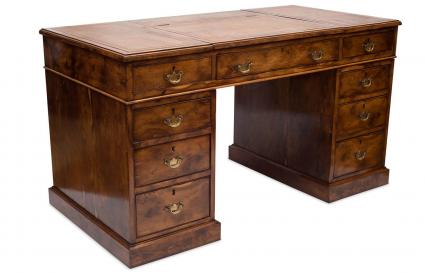 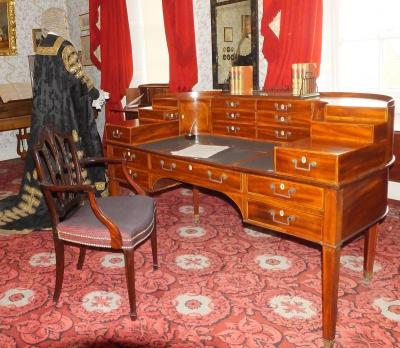 The cylinder desk had a wooden cylinder that slid down over the work surface of the desk. Because it was a solid piece, it was difficult to create. It could warp, rendering the cylinder totally useless. This was created for the French nobles early in the 1700s. 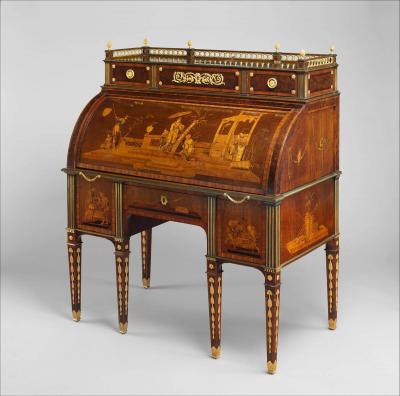 The tambour desk had slats like the roll top, so it didn't warp. The slats were pulled across the desk top rather than downward from the top. They were straight slats of wood that ran vertically rather than horizontally. Because it pulled shut across, rather than down, it covered only the back. It did not allow for the whole top to be covered in the way a roll top does. 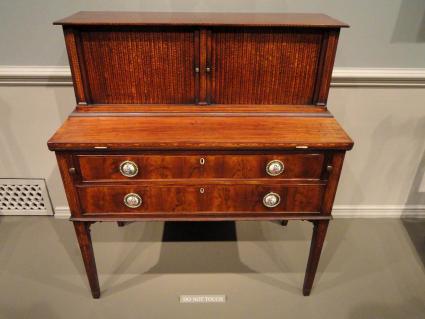 If you can find a manufacturer name on your desk, it can help you identify when and where it was made. Antique roll tops desks don't always have manufacturer marks, so knowing a few popular companies can help narrow your search. 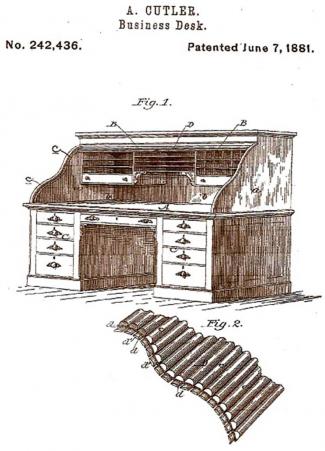 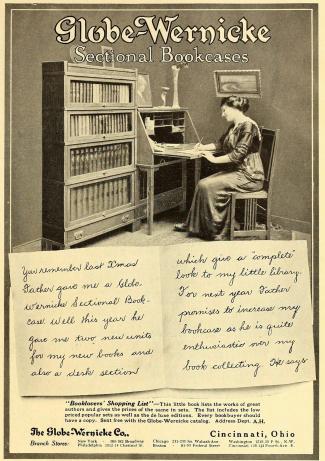 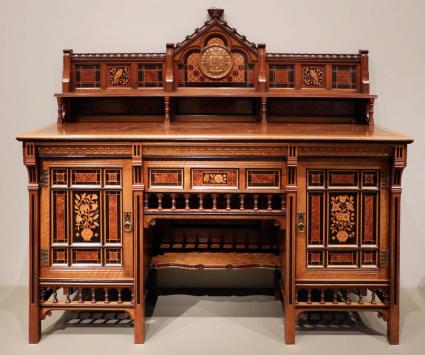 Because the roll top desk could be easily mass produced, it became a fixture in most offices around the United States. In fact, it was the most popular style of desk until the steel desk was introduced in the early 1900s.

Vintage roll top desks can be found in many price ranges. It is possible to find a vintage roll top desk at a thrift store for fewer than one hundred dollars; while at the same time a very high quality desk may be found at auction for well over ten thousand. The best way to find the value of your roll top desk is to get an appraisal from an antique furniture expert.

Antique furniture values, like the value of a roll top desk, will depend on several factors.

Whether you are looking for an antique roll top desk to give your own office a vintage look or you just love the look of the desk; roll tops are a classic design that most people instantly recognize as uniquely American. Add in sturdy antique file cabinets and other vintage items and you will have an office with a designer look and a vintage feel.