Antique Roseville pottery is collected not just for its understated Arts and Crafts style beauty but for its charm as Midwest Americana. Its pieces are some of the most beautiful American antique vases, bowls, and wall sconces, and complement furniture such as antique tables or antique lamps.

Roseville pottery is part of the Arts and Crafts movement, which was a response to both political and artistic change. One of its aims was to provide dignity and beauty to the working and lower-middle classes by emphasizing the beauty of handmade artisan objects and, at the same time, to produce affordable goods that added beauty to utility. Roseville was founded in Roseville, Ohio, in 1890, just as the Arts and Crafts movement was reaching its heights. Roseville Art reports that J. F. Weaver, its founder, believed strongly in hand craftsmanship. While Roseville Pottery began with strictly utilitarian items, it started its first art pottery with the Rozane line (the name combines Roseville and Zanesville, where Weaver bought up other potters).

From 1904 to its closure in 1953, Roseville had some notable master designers. Each contributed important old pottery patterns that collectors still prize today.

In 1904, Weaver hired Frederick H. Rhead, an English master designer, as an artistic director and he designed or commissioned several lines such as Egypto and Aztec. Frederick Rhead was only a designer for six year, but his brother Harry Rhead continued his work. Most of the Rhead designs have very little in common with their namesakes; no Egyptian or Aztec would recognize their influence without a lot of hints. However, these names added a touch of the exotic. These early pieces are the most valuable, partly because of their age, partly because they are entirely handmade. Most sell from $1,000 to the upper thousands in stores or at antique auctions. These are some of the popular lines from that period:

Frank Ferrell, a local, took over as art designer in 1918 and left only in 1953 when Roseville Pottery closed for good. During his tenure as desinger, he created at least 100 different lines. He not only provided artistic oversight but made the originals for some of Roseville's best loved designs: 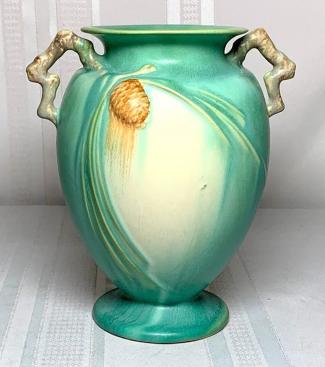 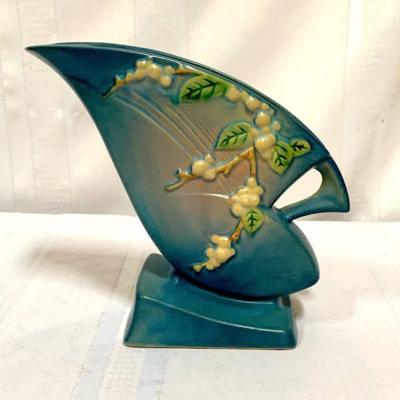 If you have a piece of Roseville pottery and would like to identify it, you can sometimes use a pottery mark to do this. They type of mark can help you determine the date of your piece and even its value. However, there were inconsistencies with the marks, making the whole identification process a bit confusing.

How to Find Roseville Pottery Marks

To find a mark on your Roseville pottery, simply turn the piece upside down. The mark will be on the underside of the item in the unglazed portion of the bottom. Look for a series of letters or numbers. Some pieces feature raised marks, while others have imprinted marks. 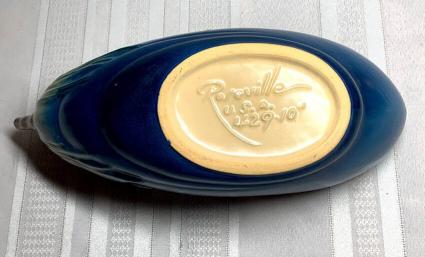 Roseville pottery is not always marked. In fact, pieces made between 1927 and 1935 were often marked with a triangular black paper or foil label. In many cases, this label has disappeared, leaving the Roseville piece unmarked. Some collectors believe Roseville also made pieces without a mark or even a paper label.

If you have a piece of Roseville pottery with a mark, look for the following marks to help you identify and date the piece: 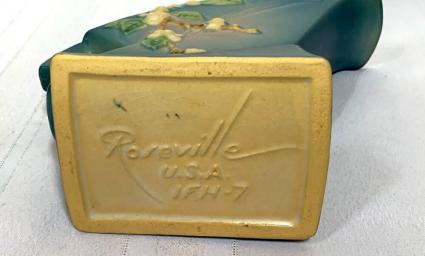 Beginning the in the mid-1930s, Roseville began to add shape and size number marks to their pottery. This additional mark usually appears below the letter mark, offering extra information about the piece. The number marks often have two or three digits, a dash, and one or two more digits: XXX-X. The first number refers to the line. The second number refers to the size of the piece, either in height or diameter. Here are some examples:

Learn About the Value of Roseville Pottery

If you are considering buying or selling some Roseville pieces, take some time to research Roseville pottery prices. Special pieces can sell for thousands of dollars, but it's important to understand how condition and other factors can affect value. That way, you can use your knowledge of Roseville pottery marks to choose the items you really want in your collection.