February 9, 1964, marked a historic moment for America when The Beatles had their debut on The Ed Sullivan Show. It was the start of Beatlemania. Today's collectors of Beatles memorabilia are diverse and span across all generations.

There are many online and brick and mortar resources; however, when you before you make a purchase, you should exercise caution. Do thorough research on the item and investigate the reputation of the seller. Serious collectors can find authentic Beatles items online, through auction houses or from private collectors. Some deal in specific categories such as albums or autographs and some specialize in a particular field like entertainment or Hollywood star merchandise. Note that many websites are British websites as the band originated in Great Britan.

In addition to these resources, you can find more merchandise on Amazon, eBay, auction houses and through private collectors.

The Value of Fab 4 Memorabilia 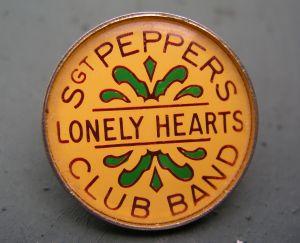 The value of any collectible relies on the same variables; records have an additional authentication process in addition to the three listed below.

How to Determine Record Value and Authentication

This information will help you to determine the value of record and help you distinguish between a real or fake LP. Keep in mind, however, you should always seek expert advice.

Experienced music collectors can, with little effort, determine value. The worth of records is based on a variety of factors: The condition, date of release, the producer, the year released, coding, and pertinent signatures. The Beatles produced albums in America and Britain, and although they carried similar titles, some tracks may differ. The studio recordings are the most desirable.

Mr. Music, writer for Tap Milwaukee Journal Sentinel, gives an example of the several variations you may find for just one Beatles LP, Introducing the Beatles. If you want to know the value of any records, it's important that you first learn the discography of the collection.

The Merriam Webster dictionary defines discography as "A descriptive list of recordings by category, composer, performer, or date of release". To learn about discography, you'll need to study resources like The Beatles Bible in depth. It contains a detailed discography on every record and edition recorded in America. You'll also need to know the differences in European discography. Both will help you understand this process.

How to Determine Authograph Value and Authentication

Autographs are also highly sought after.

Frank Caiazzo, founder and owner of The Beatles Autographs in New York, is a 29-year veteran signature expert who has published in Autograph Collector Magazine and Beatiology. On his website, he says that "signed albums are the most desirable pieces of Beatles signed memoribilia" are the most sought after, especially American versions released by Capitol Records after 1964 and signed by all four band members. He points out that one example of an extremely scarce album cover is With the Beatles, signed by all four artists, valued at $50,000, numbered SA8, ca. 1964.

Tom Fontaine from Autograph World, 40-year collector and recipient of the UACC Collector of the Year Award, says on his website that "Beatles autographs are probably the most widely forged signatures from the 20th century." He provides seven pages of examples of Beatles signatures listed in chronological order.

Caiazzo agrees with Fontaine that the Beatles' signatures are heavily forged and says that the FAB 4 signatures went through changes, or "autographic identity" throughout their careers. He adds that although forgers are very good, because they manufacture forgeries in bulk, they seem to miss the characteristic differences mentioned above.

To determine authenticity, it's a good idea to seek expert advice and to read about the many changes in signature styles made through the years and to be familiar with the years in which there weren't any autographs when the Beatles were in the studio, or filming.

One website that provides help with determining authenticity and value is PFC40 Autograph Index. This site focuses on the value of autographs, the hot autographs, and is another resource you can access to get values for Beatles autographs. Peruse through this section for examples of authentic signatures to compare against the item for which you are about to purchase or one that you may have.

To find the worth of items other than any listed above, you can use a few different resources.

Invaluable is a site that lists auction items, upcoming auctions, and list of international auction houses. A couple examples include a set of four 1964 Remco Beatles Dolls with Instruments with bids upwards of $130 and growing and a reel-to-reel film of a 1964 meet and greet on 16mm film with a starting price of $1,000.

Kovels also lists nearly 700 Beatles items and their corresponding values. You can sign up free to access the price guide. Merchandise listed here ranges from $11 to $995. The Beatles Yesterday and Today also has a variety of Beatles memorabilia along with estimated values.

Memoribilia can get expensive depending on condition and rarity. 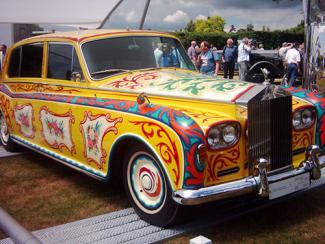 Beatles fans come in all shapes and sizes and are from a multitude of generations. There are just a handful of musical artists who have been able to survive for decades, which makes collecting Beatles memorabilia popular and desirable. No matter what type of item you collect, you should still follow some basic rules: Do your homework, do research on the item and the dealer, website or auction house from which you will buy or sell, limit your collection to a certain category, seek an expert's advice and most importantly, have fun!