Collectible coins can be found anywhere from Antique Stores to one's own pocket. Like any other antique, they provide a link to the past. These coins can be an investment as both collectibles or precious metals, but like all other financial investments, they carry risks.

As with all antiques and collectibles, the value of a coin depends upon its condition. The Official ANA Grading Standards for United States Coins uses these standard categories:

New collectible coins can be purchased directly from the United States Mint. Other sources include coin dealers, shows, conferences, in-person auctions, and other individual collectors.

You can also find collectible coins on the Internet. Some sites to consider are: 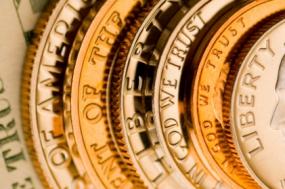 The following are some of the most commonly collected coins. With the exception of the Morgan dollar, most of these coins can occasionally be found among circulated coins today.

Learning to identify your coins is an important part of being a collector. One of the more important items that you can have is a good coin identification guide. Make sure that the images in the book are large and that you can see the details easily. Check the way the descriptions are written; you want them to be easy to understand and helpful. For coins from all over the world, the Krause Standard Catalog of World Coins is one of the most authoritative. For United States coins, the Coin World and Blackbook price guides are standards.

Always study your coins carefully to find the date as well as any unique feature of the coin. While finding a fake is very rare it does happen and the more you know about what authentic coins look like the easier it will be to spot the fake one. Some things to look for are:

Finally, as for a certificate of authenticity from the dealer. This guarantees that you coin is as described.

Always handle coins with clean hands or, better yet, while wearing cotton gloves. Even recently washed hands can leave fingerprints, and fingerprints carry oils that can corrode coins. Always hold coins by the edges rather than the faces, and when you put them down, put them down on a soft piece of cloth to avoid scratches.

Unless you know exactly what you're doing, be careful about cleaning coins, since this can actually reduce their value. If you do want to clean a coin, use mild soap and water and do not scrub it. When you're finished, pat it dry with a soft towel. Store coins in cool, dry places, and with some kind of protective cover. You can purchase materials specifically designed for storing coins at coin dealers, hobby shops, and even some bookstores.

Collecting coins can be a good investment and a fascinating hobby.