Collecting Dubliners memorabilia is very unique, because the band's career began in the early 1960s, and is still going strong today. Dubliners collectors can build their collections with a combination of vintage and current items.

History of the Dubliners

The Dubliners began making Irish folk music in 1962 and are still playing and touring through Europe today. Often referred to as the godfathers of modern Irish folk music, the Dubliners evolved from humble beginnings as a bar band to their current international fame. Starting off in Dublin's O'Donoghue's Pub as the Ronnie Drew Folk Group, a year later the group met Nathan Joseph, head of Transatlantic Records, and began recording. In 1967, they recorded "Seven Drunken Nights" which led to worldwide tours, gold records, and folk music history.

Rumors of retirement began in the 1980s, but thus far the rumors have proven false. Although the group has gone through a number of changes throughout its long and storied history, one original member, instrumentalist Barney McKenna, remains with the group. The Dubliners continue to tour Europe every year, and are still recording new CDs.

History in the Making

Since the Dubliners are still making music and touring, it is an excellent time to start building your collection of Dubliners memorabilia. Fans can collect original albums, re-mastered CDs, and brand new recordings.

There are many resources for locating vintage and current Dubliners recordings. You can even watch and hear the Dubliners perform on YouTube. Some of the most popular Dubliners albums include:

Where to Buy Dubliners Recordings 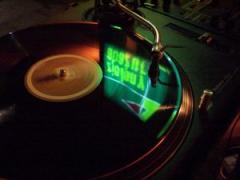 If you want to own your own vinyl records or CDs, the following retailers are excellent resources for finding Dubliners recordings to add to your collection.

Those who collect music memorabilia often enjoy collecting lyrics in addition to recordings. Lyrics for popular Dubliners songs are available from:

Other Types of Dubliners Memorabilia

It is not easy to locate Dubliners concert tickets, posters, ticket stubs, or other types of memorabilia. Such items can occasionally be found on eBay in the US, UK, Ireland, and Australia. Dedicated collectors should check these sites regularly to watch for new items. It is possible that many fans are holding on to their mementos for sentimental reasons, or are keeping items in anticipation of an increase in value when, and if, the band stops touring.

In Search of Dubliners Memorabilia

Websites of Interest to Dubliners Fans and Collectors

For many collectors, the best part of their hobby is searching for items to add to their compilations. Collecting Dubliners memorabilia is unusual in that collectors can search for vintage memorabilia from several decades, and can also acquire new items since the band is still touring and recording. Creating a collection that spans the decades between 1962 and the present is a dream comes true for many music memorabilia collectors.