With its gorgeous, flowing blue colors and beautiful patterns, Flow Blue antique china is highly sought after by collectors around the globe. This classic china comes in a variety of patterns, some of which are extremely valuable.

What Does Flow Blue Mean?

Flow blue is a blue and white china pattern, but it differs from traditional Blue Willow and other crisp transferware designs. Instead, the blue design is intentionally a bit blurred, an effect that results from adding lime to the kiln as the piece was being fired. Historians disagree about whether this blurring was initially an accident or an intentional experiment, but either way, the look was very popular with consumers. Flow blue china was popular throughout the Victorian period, tapering off during World War I.

Flow blue china pieces weren't limited to traditional items like cups and plates. If you collect this type of transferware or visit your local antique shop, you may see everything from serving pieces to dog bowls in flow blue. There are even flow blue chamber pots and dresser trays. These items come in a number of different patterns.

Prior to the American Civil War, Americans bought flow blue pieces en masse. The china originated at English Staffordshire potteries and was designed to mimic popular Oriental designs of the era. These pieces are ironstone with a vivid cobalt blue glaze, and most feature an all-over pattern. These are a few patterns from the early Victorian era: 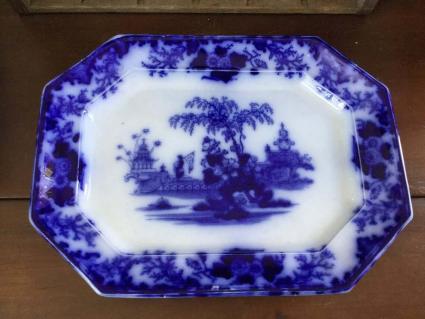 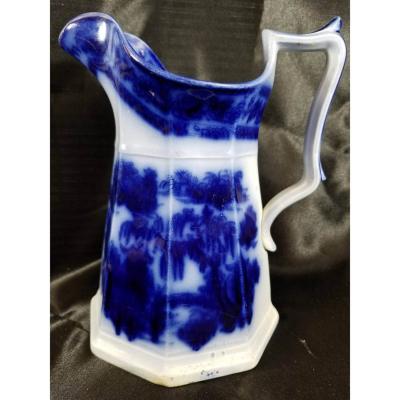 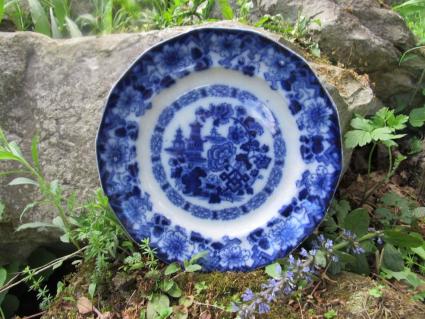 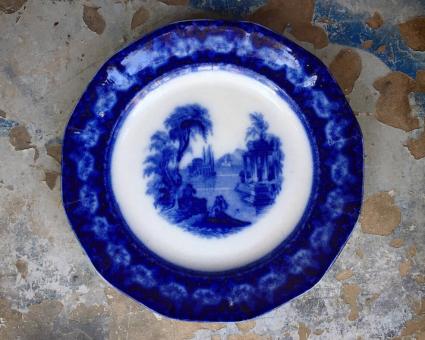 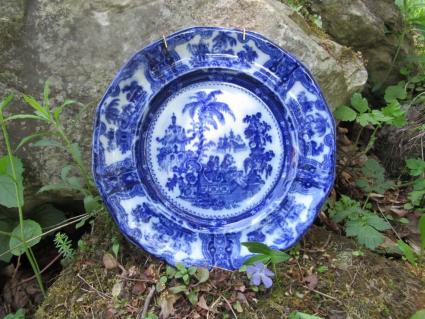 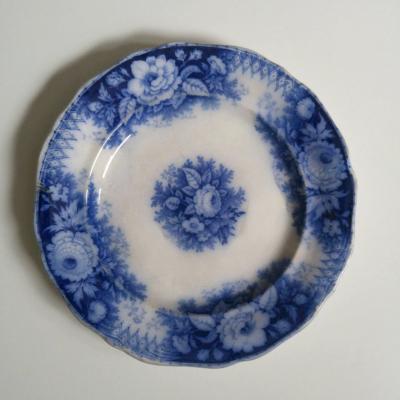 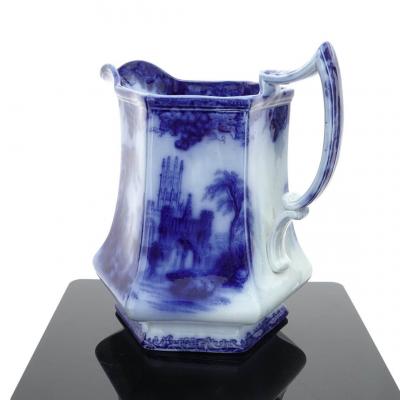 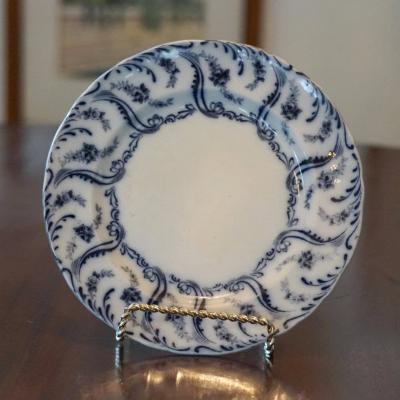 Often crafted of lighter china instead of ironstone, the patterns of this era were pretty and elaborate. Many included strong floral elements and Art Nouveau touches. These are a few patterns from the time: 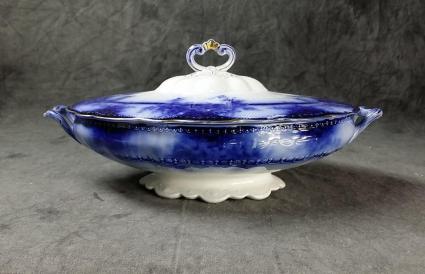 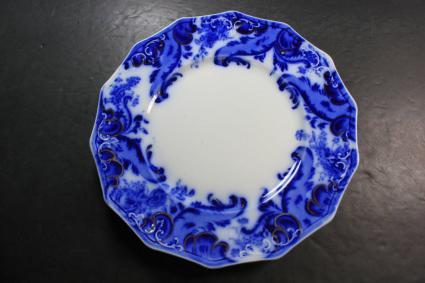 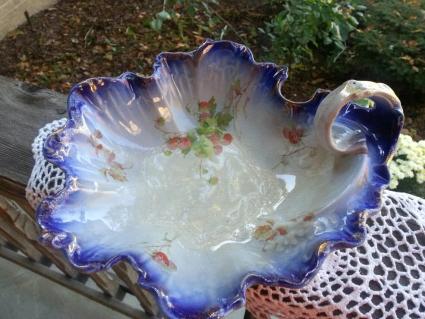 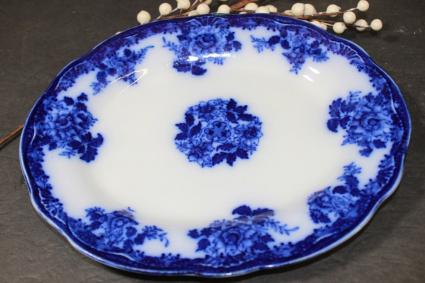 If you're considering buying or selling flow blue china, it's important to know about its value. Because this china was so popular for so many years, there's no shortage of pieces on the antiques market. This makes it an affordable antique to collect. Inexpensive pieces start around $10, but some are much more valuable. As with all antique dish values, condition is very important. If you think you may have a valuable piece, you should invest in a professional appraisal. Here are a few sample flow blue china values to give you an idea of what pieces might be worth:

Many flow blue designs are inspired by the classic Blue Willow pattern. Learning more about the history of Blue Willow can help you learn what to look for as you build your collection of flow blue.