Do you have a few (or a lot!) of old magazines tucked away somewhere, hoping that they will be worth something eventually? Clifford Aliperti, an online dealer of vintage magazines, shares his expertise about the value of old magazines in this exclusive expert interview.

The Appeal of Old Magazines

Clifford Aliperti (CA): It really varies by individual collector. When I prepare a magazine for sale I always make mention of the cover subject and/or artist and detail the inside contents as best I can. I especially concentrate on fiction writers and historical/pop culture subjects of articles.

Some people buy magazine issues exclusively for the advertising inside. Other customers have been relatives or descendants of the artists, writers, or celebrities of the day who are covered inside. My favorite finds are early fiction or articles from famous writers. You never know what you might find when you start going through an old magazine!

LTK: What do you find motivates people to collect certain magazines and not others?

CA: I don't mean this to have a negative connotation because it's how I think of myself, but it's kind of a pack-rat mentality. I love old stuff and it kills me to throw anything away. My eBay ID, Things-And-Other-Stuff, is meant to reflect this.

Back issues of magazines are interesting to me just because of the varied material each issue can contain. With the Saturday Evening Post, for example, you can start out with a Rockwell or J.C. Leyendecker cover, open up to an article on what President Roosevelt is up to over here or what Hitler is doing over there, spend some time with Part 6 of an Agatha Christie mystery, get caught up on what Clark Gable is up to, and then relax with an article about an old World Series game all in a single issue! That's just an example, not actually a specific issue, but how cool is that? 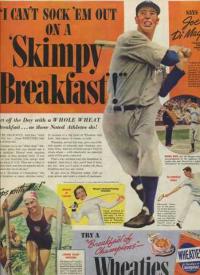 LTK: How do you get the magazines?

CA: While I am pretty purely a dealer, I do refer to my stock as a sort of rotating collection. By moving items in and out, I'm able to acquire pieces I wouldn't be able to afford otherwise. I buy most of my stock online, rarely but sometimes from people who directly contact me, and really not ever from garage sales or that sort of thing.

My business is quite small, so I have to be very careful and very sure about the items I do buy. I set about acquiring titles I am absolutely sure will sell and use any specific knowledge I have about those certain titles to my advantage.

LTK: What inspired you to start up your websites related to collecting old magazines?

CA: My movie collectibles site came first, but originally that was more of a general collectibles site. I really started it just to have a way to draw people to my eBay auctions. The magazine site was started separately a couple of years ago largely for the same reason, but at the same time I noticed that most sites about magazines were either sites about journalism or sites selling back issues. What I was looking for was a site that told me about the history of these various magazines from a seller's perspective. I couldn't find it and I figured others might have been looking too.

How Much Is an Old Magazine Worth? 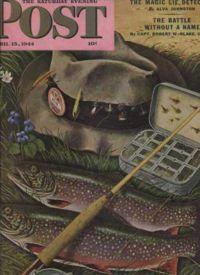 LTK: How does a magazine's worth typically increase over time? What types of factors play into the value?

CA: Condition is always critical. To that end, I went back to my baseball card days to create a grading guide. Everybody has standards set in their mind and I personally try to be as detailed and as conservative as possible in my grading. Of course you could have a back issue that's 100 years old and pristine but next to worthless because there's nothing inside or on the cover to attract anybody to it.

The most common e-mail I'll receive asks, "I have X magazine; how much is it worth?" I don't want to say that I dodge this question, but my answer might sound that way-- it's only worth as much as one other person is willing to pay. I've had plenty of $50 or $100 magazines sit in stock for months, only to find out they're really $20 magazines. A magazine is worth nothing if nobody wants it.

If you're looking for something good, then look for a popular title in really nice shape. I don't want to say the older the better, because that is not always true.

Research and Decide What to Keep

If you're trying to decide whether or not to keep old magazines, it really depends on many factors. Your best bet is to do your research to find out what the specific titles and publication dates you have are worth. Of course, you should also avoid getting too attached to your collection if you're more focused on earning potential than being a collector. If you're looking to turn a profit, you'll need to be willing to sell!

22
Comments
© 2006-2020 LoveToKnow, Corp., except where otherwise noted. All Rights Reserved.
Is It Worth Keeping Old Magazines?