In the many years that the company has been in business, there have been many styles of old Coca-Cola bottles. Each design is unique and collectible; however, some of the bottles are rarer, and therefore, more valuable than others.

Coke has a long and interesting history and was first bottled in Vicksburg, Mississippi in 1891. The Coca-Cola Company sold the first bottle of Coca-Cola in March 1894. Before that, it had been a soda fountain item as well as a syrup being sold in bottles as a patent medicine.

The earliest Biedenharn Coca-Cola bottles used a Hutchinson patent bottle. These bottles were in common use for many types of soda and spring water from about 1880 to 1910. Coke was not the only company that used this type of bottle. Each bottle was embossed with "Biedenharn Candy Company, Vicksburg, Miss."

There are two styles of the Hutchinson Coke bottle:

After 1900, the company used a straight-sided bottle with crown tops. Crown top refers to the type of bottle that has a lip. The bottle cap is removed with a bottle opener. This style of bottle protected the carbonation and flavoring of the Coke much better than the old Hutchinson bottles. These can be found in a number of glass colors:

While value will depend a lot on the condition of the bottle, as a general rule amber bottles will command higher prices than the other colors.

In 1913, the company wanted a more distinctive bottle so Coca-Cola was easily recognizable to consumers. Ben Thomas, one of the bottlers, said the consumer should be able to recognize the Coke bottle in the dark just by feel.

By 1916, the now-familiar contoured bottle had been developed. Due to a lack of research by the team working on the new bottle, it resembled a cacao bean rather than a coca bean, but the company indeed had a distinctive bottle. This design was recognized in 1960 by the U.S. Patent office as being distinctive and belonging exclusively to Coca-Cola. Other names that the contour bottle goes by are the "Mae West" bottle or the "hobble skirt" bottle.

The earliest contour bottles came in a number of colors:

There was one distinctive bottle produced in 1915 that is blue on the top and green on the bottom. After 1925, all of the Coke bottles were intended to be green, but there was a brief time during World War II, from 1942 through 1945, when the lack of copper in the glass meant that the bottles were blue.

If you asked four different Coca Cola bottle collectors what the term "antique Coke bottle" means to them, you most likely will get four different answers. The answers would be something like this:

In the world of soda bottle collecting, the question of how old does a soda bottle have to be for it to be considered an antique is often confusing. To add to the confusion, eBay lists Coca Cola bottles from 1900 to present day as modern, and anything older than 1900 as antique.

Generally, most old Coca Cola bottle collectors use the term antique for bottles that are more than 50 years old.

As with any antique or collectible, it is important that you know that some bottles can be faked. Irradiation can be used to change the color of some bottles to make them look old or like a more rare color.

You should invest some time in studying and researching old Coca-Cola bottles before you spend too much money on collecting them. Identifying an old Coke bottle is much easier if you have images and good descriptions to go by. Here are some internet resources that can help:

When you're ready to start your own collection of antique and vintage Coca-Cola bottles, visit the following websites: 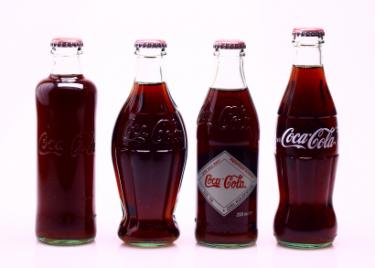 Be wary of online auction descriptions that claim bottles with damage such as chips or cracks are in "nice" or "good" condition. Chips and cracks significantly lower the bottle's value.

Scanning through the bottles for sale can give you a sense of their value, but it's important to remember these are the prices sellers are asking for these items, not the prices people were willing to pay. Looking at sold prices gives you a better sense of what that bottle is worth. Values can range from a few dollars to hundreds or even thousands:

Keep in mind errors were common on Coke bottles, therefore a misspelled word does not necessarily add value to the bottle. Variations were also commonplace.

Many items from well-known companies are collectible because of the nostalgia involved. Old Spice, Avon, and Texaco are all companies whose brands are collectible because they remind consumers of a simpler era. Enjoying, collecting, and displaying old Coca-Cola products is a popular pastime for many hobbyists and collectors. Learn as much as you can and then begin looking for pieces to add to your collection. Just make sure "It's the real thing."