Sometimes worth millions of dollars, rare baseball cards are fascinating gems of sports history. Learn which cards to watch for as you peruse auctions or sort through your parents' collections. From the famous Honus Wagner card to the amazing cards of the Negro League, the rarest baseball cards are more than a luxury home.

Even novice collectors interested in rare baseball cards will quickly come across the name Honus Wagner. Although Babe Ruth, Mickey Mantle, Joe DiMaggio, Ted Williams and Hank Aaron are famous baseball players with collectible cards, none come close to this ball player. Honus Wagner was an outstanding shortstop and an early inductee into the Baseball Hall of Fame. Considered the rarest and most valuable baseball card in existence, there are only about 50 copies of this full-color card from 1909 to 1911, known as the T206 Wagner. In 2016, one sold at auction for $3.12 million. 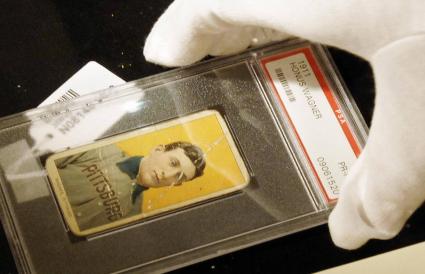 Mickey Mantle's 1952 Topps Major League card is another sports collectible example worth millions. This rare baseball card sold for $2.88 million in 2018. The 1952 card was the first Topps issued for Mickey Mantle and signified an important season for the famous player. The image with Mantle holding a bat and glancing to the side is an icon for baseball card collectors. Perhaps as many as 1,700 of this card exist, but fewer than a dozen are in mint condition.

Fewer than 175 of this rare baseball card are still in existence. On the card, Magee's name was misspelled as "Magie." This error was caught early in the printing, which means very few of the cards were produced with that spelling. This rare error gives the card extra value, and the record price for this is $660,000 in 2018.

Considered ten times rarer than the ultra-valuable Honus Wagner example, this rare baseball card is considered the "king of errors." The league for which Doyle played was listed as National instead of American by mistake. Instead of reading "N.Y. NAT'L" as it does, the card should read "N.Y. AMER." Fewer than 10 of these error cards exists, making this one of the rarest baseball cards of all time. One of the 10 sold at auction in 2015 for $312,000.

While some cards are rare because they were pulled from printing to fix an error on in the text, no one knows for sure why the 1909-1911 Eddie Plank T206 card was printed in such small numbers. It may be that Plank did not consent to his image being used, or it may be there was an error in the printing die used to make the card. Either way, around 100 of this card exist. It's not as valuable as other rare baseball cards, having a 2018 auction record of $51,000.

Many consider Babe Ruth the greatest baseball player in history, and his rookie card is among the most valuable and rarest baseball cards in existence. The card, which comes with different backs that can be blank or have advertising, is extremely difficult to find. In fact, fewer than 20 examples exist. The record price for a Babe Ruth rookie card is $1.35 million. 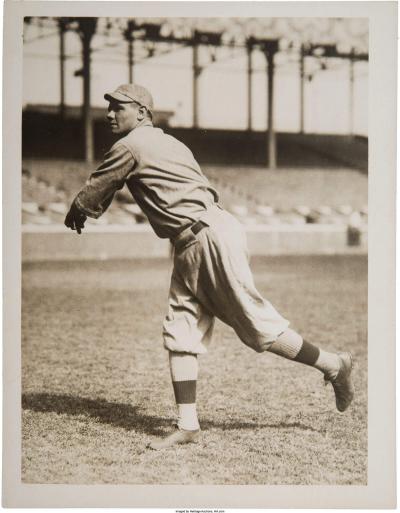 With fewer than 90 of this card in existence, it's one of the most coveted rare baseball cards worth money. It features one of the most famous players in history: "Shoeless" Joe Jackson. This card originally came with caramel candies and was issued in different sizes. Its auction record is just over $667,000.

This iconic card features one of the most popular players in the history of baseball, Ty Cobb. The back of the card is printed with his name, and the front shows Cobb in front of a red background. Fewer than 23 of this card exist, and one family found eight of them on the floor of their great-grandparents' home. They auctioned seven off for a total of about $3 million. 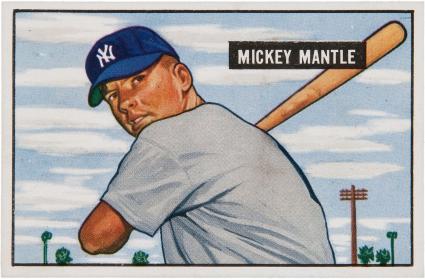 This is a "pre-rookie" card for Babe Ruth, one of the most famous players in history, and only 10 copies are known to exist. It's one of the rarest baseball cards out there, making it very desirable to collectors. It comes in red and blue tints. One of these cards sold for $575,000 in 2012.

Original Negro League baseball cards are among the rarest out there. In fact, most early African American players were not included in regular sets of card during the time they were playing. Most were issued in Cuba, since players played there during the off season. One of the best and rarest Negro League baseball cards is the 1909 Pete Hill Cabanas, of which only one copy is known to exist.

The 1963 Topps is Pete Rose's rookie card. Once again, this isn't the rarest baseball card in terms of population, but finding one in excellent condition is very rare. There are over 3,700 of this card, but only one is rated "gem mint." Examples in excellent condition are also rare. This card sold for $717,000 in 2018.

Rather than being a single card, this is a series of Cuban baseball cards produced in 1923 by Diaz Cigarettes. It features many members of the Negro League Hall of Fame, as well as many members of the Cuban League. Many of the cards are incredibly rare, some with fewer than a dozen copies. The entire set includes at least 84 cards and is worth at least $100,000.

Only eight of this minor league baseball card for "Shoeless" Joe Jackson exist, making it one of the rarest baseball cards you can collect. Even in rough condition, it's very valuable. However, in excellent condition, it sells for as much as $600,000. 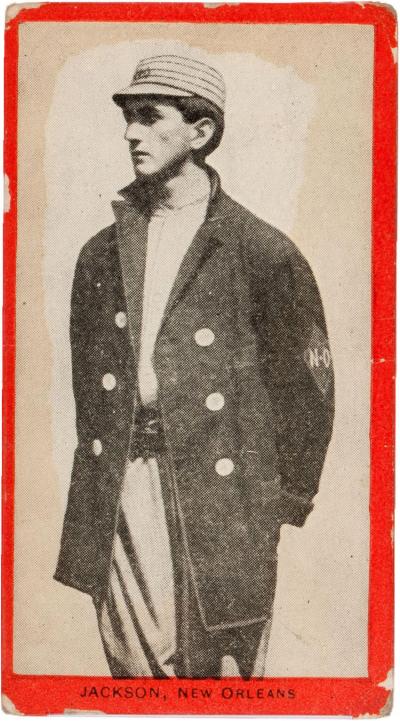 Although there are more than 1,000 of this rookie card for one of the greatest players in baseball history in existence, it's very difficult to find in excellent condition. Fewer than 10 exist in excellent or gem mint condition, and these bring a premium. In mint condition, it can be worth as much as $600,000. 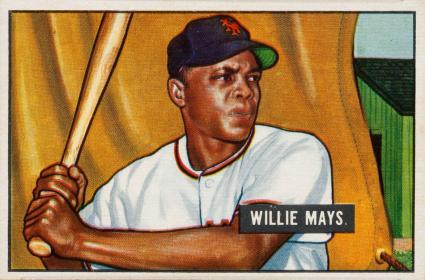 As one of the lowest print runs in a very popular series, this card is coveted by collectors. It's estimated that fewer than 500 exist, and those in good condition are worth the most. They sell for up to $6,000.

The rookie card of one of the most famous players in Negro League history, this card is a short print in its set. The rarity adds dramatically to the value, making it a card in excellent condition worth as much as $432,000. 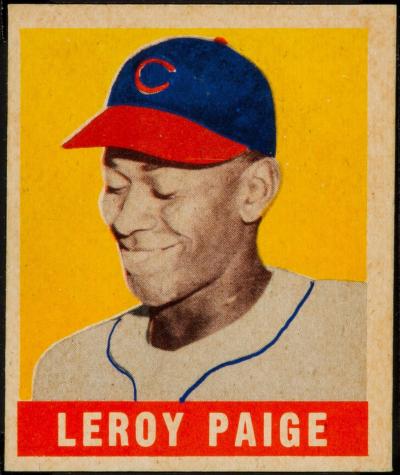 Another card that is rare to find in excellent condition, the 1955 Topps Roberto Clemente is a serious collector's item. Only handful exist in excellent shape, and those that do are worth a lot. One sold in 2016 for $475,000.

One of the rarest baseball cards ever, the story behind this card is interesting. In order to get it, collectors had to contact Goudey directly. Then the card was mailed to them with a paper clip attaching it to the letter (and damaging the surface of the card). Fewer than 100 exist, and they sell for up to $200,000.

Baseball cards were given away as promotions by companies like Post Cereals, Cracker Jack, and more, but today, they can be worth a fortune. If you suspect you have one of these rare baseball cards or another card worth serious money, it's a good idea to have it professionally appraised. Only an expert can tell you about the condition issues, rarity, and many other factors that will affect the card's value.