Rare coins can be incredibly valuable if you are lucky enough to own one or find one available for purchase. Keeping an eye out for rare coins can add some significant value to your collection.

Rare Coins to Look For

The rarest coins in the United States that may hold a significant value include:

There are only five, and possibly six, of the 1913 Liberty Head nickels known to exist. Worth between four and five million dollars, this is one of the rarest and most expensive coins. Known as the V nickel, because of its design, some speculate that this coin could be worth upwards of 20 million dollars if found in near mint or mint condition.

This coin was made in bronze and with some entirely in gold. One of the gold variety sold for over five million dollars. The doubloon features a sunrise over a mountain peak, with Brasher's name beneath the ocean waves below. On the reverse side, there is an eagle holding arrows in one talon, and olive branches in the other. 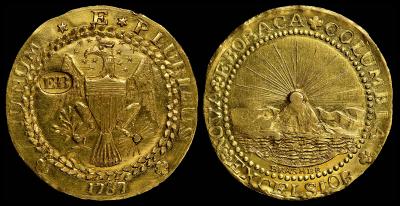 Less than 1,800 of these coins were produced, making it a very rare coin. The front of the coin features Lady Liberty with flowing hair and on the back you will find an eagle. This coin is worth hundred of thousands to millions of dollars, with one previously sold for 10 million dollars. 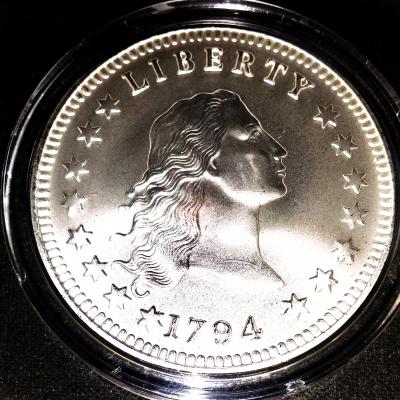 Due to the war, pennies were mostly made from steel and then coated in zinc. When a copper batch was unintentionally made, about 40 of these rare pennies went into circulation. Known as a wheat penny, some have sold for tens of thousands of dollars, and one has even sold for a million dollars.

Valuable Coins From Around the World

If you collect coins from around the world, be on the lookout for:

About 200,000 of these coins were released to honor the 250th anniversary of the Royal Botanical Gardens. These coins are typically worth between 100 and 150 pounds.

This Islamic gold coin, circa 723-724 A.D., has sold for millions of dollars on multiple occasions, with one buyer paying close to five million dollars, and another paying around six million dollars for this rare coin. It is believed that only about 12 of these coins are in existence.

There are only three known 1343 Edward III Florin coins known to exist. This coin, known as the double leopard, is thought to be worth close to seven million dollars, a long stretch from the six shillings it was originally worth in England, and has sold for 460,000 pounds back in 2006.

Rare Canadian coins can be worth over hundreds of thousands of dollars if you're lucky enough to find or own one of these rarities. Be sure you do your research prior to purchasing a rare Canadian coin and ask the seller for the certificate of authentication.

If you've ever noticed something strange about one of your coins, you may have a coin with an error. While some error coins are not worth much, others can be worth a significant amount of money.

During the minting process, if the alignment becomes slightly off, a double image on the numbers and letters may appear. There are about 24,000 1955 double die pennies in circulation. One of these coins may be worth around $1,300.

The 2005 Kansas state quarter has a significant error on the word "trust", instead reading "rust". This coin may be worth about $100.

This penny is known as a DDR, or double die reverse, because the entire reverse side is doubled. This coin is worth a minimum of about $400 and there are less than 5,000 known to exist.

How Do I Know if My Coin Is Valuable?

It can be challenging to know for sure if your coin is valuable. Researching rare coin values in a coin guide book, speaking with a coin specialist, or getting your coin authenticated by a professional coin company are the best ways to understand your coin's value.

How Do You Get Rare Coins?

Some rare coins can be worth hundreds to millions of dollars if you know where to find them. To find rare coins:

What Are the Rarest Coins?

Rare coins are special because there is typically a very limited amount of them in circulation, with an even smaller amount of them in mint or near mint condition. Whether you already own some rare coins or are looking for some to add to your collection, arming yourself with rare coin knowledge can help you when it comes to understanding their value.

0
Comments
© 2006-2021 LoveToKnow, Corp., except where otherwise noted. All Rights Reserved.
Rare Coins to Look for That Could Be Valuable