Collecting antique French books by Molière and other authors is a fun hobby for those interested in French literature, theater or comedy. Although only Francophiles may know that this playwright's real name is Jean-Baptiste Poquelin, everyone has surely heard of Tartuffe, one of his most famous plays.

Born Jean-Baptiste Poquelin in Paris in 1622, for many years Molière traveled around France as head of an acting troupe. Besides being a writer, Molière was an actor, stage manager and director, allowing him a broader understanding of drama and its devices than his playwright contemporaries. When Molière returned to Paris he found an enthusiastic audience with Louis XIV, which became the key to his success as a writer.

Molière's genre of choice was the satire. Because of this choice in genre, he drew criticism from many groups, including the church, and other dramatists. Louis XIV, whose royal family was his audience, often intervened to defend Molière's work.

In 1673 Molière became ill while acting on stage in one of his own plays and died a short time later.

Because Molière was a playwright and not a novelist, his works first came out on the stage, and not at the printing press. Rare editions of his complete works date from early in the 18th century, although some 19th century editions are also coveted antiques.

Search for the following titles if you are out antiquing, looking for old books of Molière's plays:

In English, the most valuable would be:

In the collected works, you will find the plays that Molière's audiences loved and hated, and loved to hate. Students of French read a number of his plays, the most common ones being: 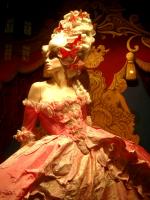 Whether you purchase these books as brand new paperbacks or old hardcovers, these titles are easy to come by. You can even read them online at Project Gutenberg.

Collecting Molière in English or French

For Molière, the first American or British editions are collectible in addition to the early editions published in France. Whether the text is in French or English, an old first edition, with its leather binding, weathered pages, and quintessential smell, is irreplaceable to many antique collectors. The 18th century editions of Molière's complete works in multiple volumes sell for between one and four thousand dollars, depending on quality.

In 1980 The Easton Press published an edition of Tartuffe and The Would-Be Gentleman. It was translated by H. Baker and J. Miller with an introduction by Henri Peyre.

The Franklin Library published Comedies in 1985, illustrated by Tony Johannot and translated by Donald M. Frame. This was previously published by the same company in 1980 as Seven Plays and contains:

Although there are many bookstores in the United States where Molière's books can be purchased, there are also plenty of online outlets where rare French books are offered:

Of course, buying an antique book online means you won't get to evaluate the quality of the book before purchasing it, which for many antique enthusiasts is a deal breaker.

Regardless of how you come by your rare Molière finds, owning one of these masterpieces brings timeless and priceless joy. Take some time to savor reading a play or two, and be amused.