Nothing captures the imagination like rare sports cars. Mad in limited editions and owned by the world's elite, the rarest sports cars are works of art that few people will ever see on the road. However, if you familiarize yourself with some of the rarest cars from around the world, you'll be prepared to recognize one if you see it at an auto show.

Made in Georgia in 1999 and 2000, the Panoz AIV Roadster has unique looks and impressive performance. A stripped down lightweight vehicles constructed from aluminum (AIV stands for aluminum intensive vehicle), the Panoz AIV Roadster has a top speed of 143 miles per hour, and it can go from a stop to 60 miles per hour in 4.3 seconds. Only 176 were made, and the last 10 are part of a special edition. 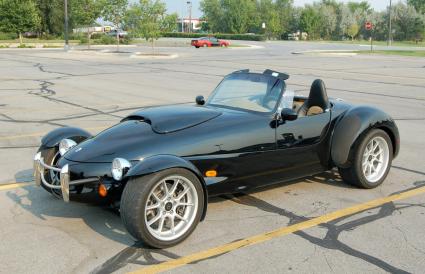 The 2020 Aston Martin Valkyrie can reach 60 miles per hour from a standstill in 2.6 seconds and tops out at 250 miles per hour. Only 150 have been made, making it one of the rarest sports cars of the modern era. 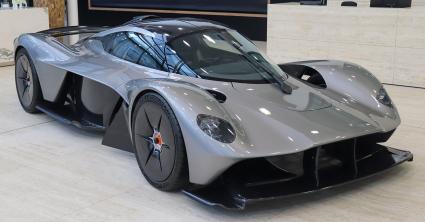 The Maserati MC12 Stradale is a super light road version of a racing car. Constructed from carbon fiber and aluminum, this amazing rare sports car can hit speeds of over 205 miles per hour. From a standstill, it can reach 124 miles per hour in 10 seconds, and it's the fastest road car ever constructed by Maserati. The Italian sports car company produced only 50 MC12 Stradales during 2004-2005. 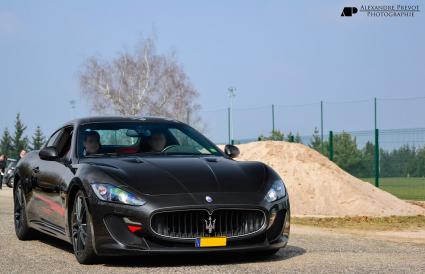 The Wiesman Roadster MF5 is another very rare sports care. Only 43 were produced during 2009. With a top speed of 193 miles per hour and the ability to reach 60 miles per hour in only 3.9 seconds, this is one of the fastest and rarest vehicles in the world. 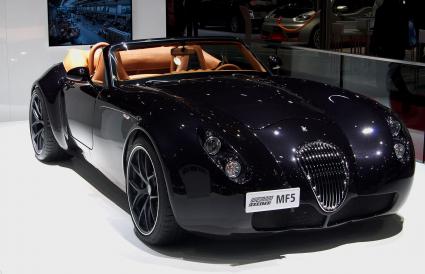 The Vector W8 was made between 1990 and 1993. It was plagued with mechanical problems, and the company only made 22 of this super car. Even though the mechanics were spotty, it could go 220 miles per hour and reach 60 miles per hour in only 4.2 seconds. 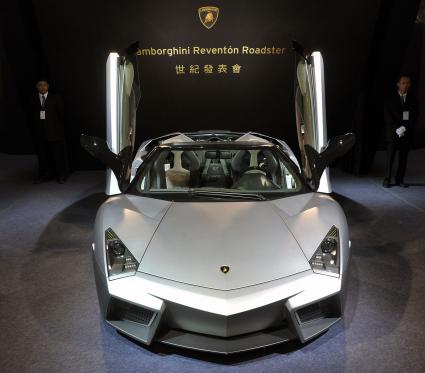 Going from zero to 60 in only 2.5 seconds, the Lamborghini Sesto Elemento is one of the fastest and rarest cars on the planet. It is constructed from carbon fiber and has a top speed of 221 miles per hour. Only 20 of this vehicle were made in 2011 and 2012. 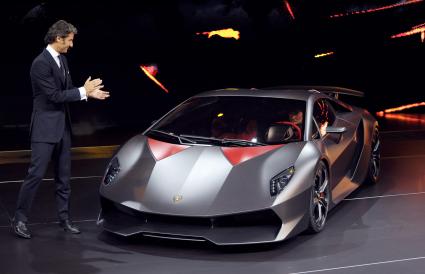 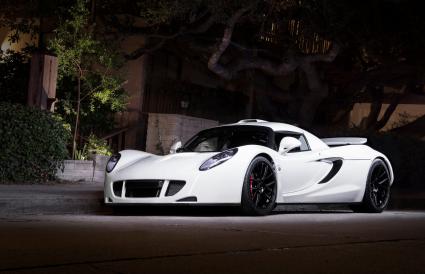 Made in 2017, the Apollo Intensa Emozione is another rare example. Only nine of this super car exist. It has a body of carbon fiber and can reach 60 miles per hour in only 2.7 seconds. Its top speed is 208 miles per hour.

Some of the rarest sports cars are also antique autos. Although this luxurious sports car made between 1927 and 1933 doesn't have the top speed specs of its modern counterparts, the Bugatti Type 41 Royale Kellner Coupe is still one of the rarest and most expensive vehicles on the planet. Bugatti initially planned to make 25 of these limited edition vehicles, but the Great Depression made that impossible. Of the seven made, only six remain. Ettore Bugatti reportedly wrecked the seventh. 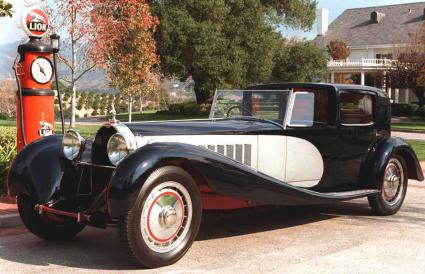 Made between 2002 and 2003 by Swedish auto company Koenigsegg, this super fast and super rare care can reach 60 miles per hour in only 3.5 seconds. The Koenigsegg CC8S has a top speed of 240 miles per hour and is the result of over eight years of development. Only six were ever made, and two of the six were right-hand drive. 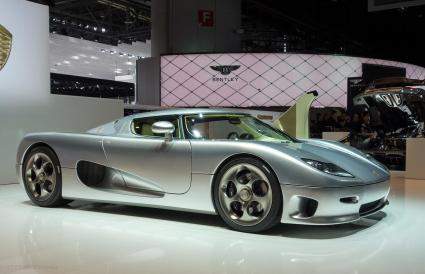 Made between 1956 and 1959, the Aston Martin DBR1 may not be able to compete with modern carbon fiber sports cars, but it was impressive for the time. It's also impressively valuable. An Aston Martin DBR1 sold at Sotheby's in 2017 for over $22 million. Only five of this 1950s super car were ever made. 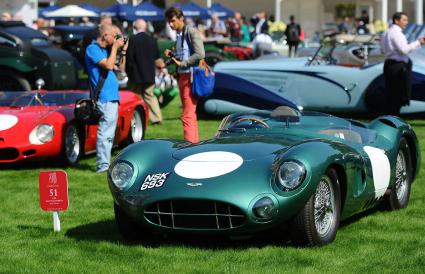 This Italian super car, produced in 2013, has a top speed of 250 miles per hour. The Mazzanti Evantra is a two-seater with a body constructed from pure carbon fiber. It reaches 60 miles per hour in 2.7 seconds. Only five were made. 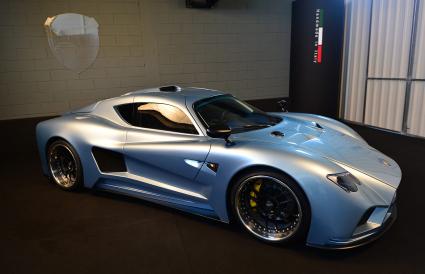 The Pagani Zonda Revolucion is another extremely limited edition vehicle. Only five were ever made between 2013 and 2014, making it a very rare car. The Revolucion has a top speed of 217 miles per hour and can go from zero to 60 miles per hour in only 2.7 seconds. 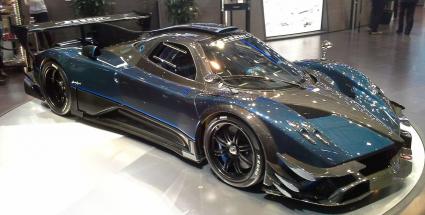 When production ended in 2013, SSC had made only five of the SSC Ultimate Aero XT. This ultra fast car had a top speed of 256 miles per hour and could go from zero to 60 in 2.7 seconds. For a time, this was the fastest road car in the world. 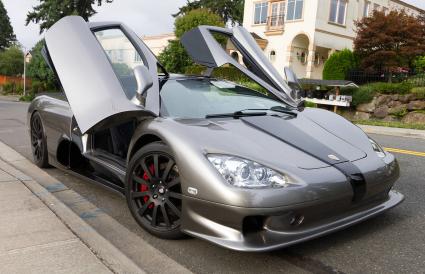 With only two vehicles made in 2010 before production was suspended, the Devon GTX is one of the rarest sports cars ever to exist. The Devon GTX can exceed 200 miles per hour and can reach 60 miles per hour in less than four seconds. The company, now closed, intended to produce fewer than 30 cars per year to the specifications of individual customers, but it only made two of the Devon GTX. 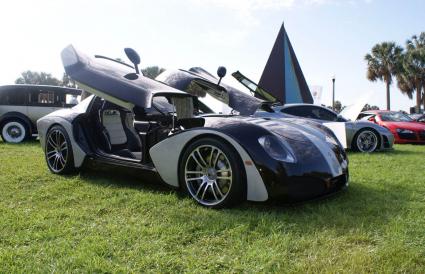 Rolls-Royce 15 HP - Six Made, Only One Remaining

The Rolls-Royce 15 HP is one of the rarest sports cars in the world, made as the auto industry was just beginning. For reference, this car emerged just as the first mass-produced cars were rolling out of factories. Capable of 40 miles per hour, it was impossibly fast back in 1904 when it debuted. The car came without an interior, leaving it up to the owner to work with a specialist to customize the car to their needs. Because of production problems with the engine, Rolls-Royce only made six of these cars. Just one remains. 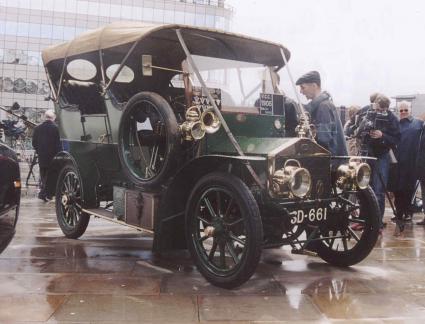 Antique and Vintage Cars Within Reach

Although most of these vehicles are far too rare for the average person to purchase, you can still find an antique or vintage car to buy. There are lots of amazing vintage sports cars out there, and if you do a little research about collector car values, you'll find that some of them are within reach. Even if they aren't among the rarest sports cars, you'll still turn heads driving down the street.