Cast iron antique stoves, which burned wood and/or coal, were most popular during the 1800s until the early years of the 1900s when gas-burning stoves became more popular and cast iron was no longer needed in stove design. Most of these antique stoves were stand-alone stoves and came in various shapes, from rectangular fireplace designs to cylinders and columns to box styles. Pennsylvania was a top producer, though manufacturers spread across the country as designs evolved.

These German-style cast iron stoves are found in the early 1700s in the U.S., though many other countries produced similar styles, from Sweden to Holland. Many early jamb plates featured Biblical designs on them. This five-plate jamb design was eventually updated with six and 10 plates featuring extravagant designs within the next 100 years or so. These stoves not only cooked but heated rooms. One manufacturer was Cornwall Furnace. Our Pastimes estimates that working early 10-plates may be worth several thousands of dollars. However, these styles are difficult to locate.

The Franklin stove, or "Pennsylvania stove," was invented by none other than Benjamin Franklin in the 1742. It is basically a freestanding fireplace that allowed an exchange of cold and warm air, while venting smoke from the fire out of the room. In the late 1770s, Darren Rittenhouse added an "L-shaped" chimney that fixed a smoke issue to the design. Many manufacturers and artisans produced it, from Rumford to Rittenhouse to Wilson. In 2016, one of these Franklin styles went for $150 on eBay. 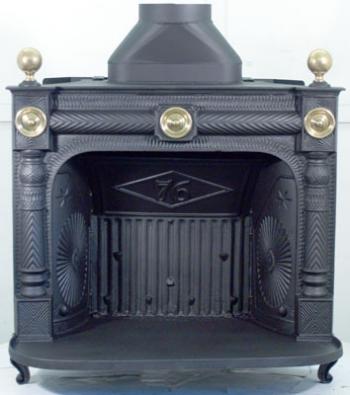 This style of stove was used for heating, but it also often had a single cook lid under the centerpiece on the surface of the stove. It had decorative columns, draft control, and other features that made it unique. The column stove began showing up around 1830. Johnson, Geer & Cox was a famous manufacturer and for sale listings at Rare Antique Stoves are in the $2000 to $4000 range; Green Island Stove Works was another brand that sold this kind of stove. 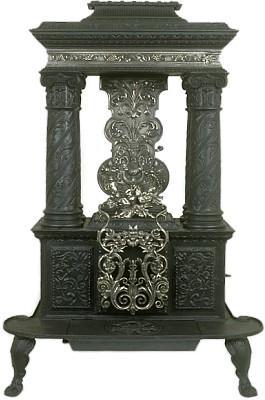 When most people think of antique cast iron stoves, they think of the old potbelly stove, which were also popular during the Victorian era, although these antique and vintage stoves are usually only worth a lot of money if they have fancy design aspects to them and still work. Potbelly stoves have been the focal point of hundreds of nostalgic scenes, whether in advertising, artwork, or literature. A small, early J.C. Penny brand potbelly stove and teapot set sold at LiveAuctioneers for $125 in 2019 while a rusted Syracuse Stove Works brand one from 1889 sold on eBay in 2020 for just under $180. 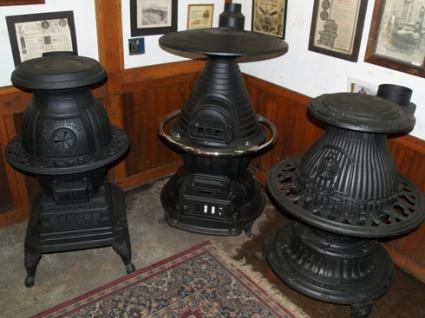 In these stoves, which mostly dominated the market from the 1820s to the 1860s, the range portion of the stove was below the oven, giving the stove its namesake look. Manufacturers included J. Woodruff and Sons, Chattanooga Stove Company, and Coldwater Oil Stove Company. An 1878 Elevator step-stove sold in 2011 for just under $200 on eBay according to Antiques Navigator. 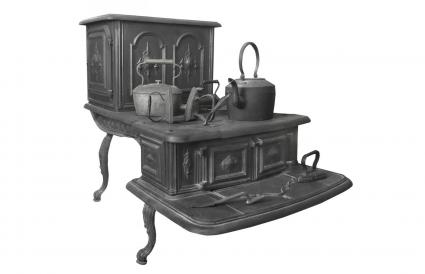 The cylinder stove came in several sizes and was very popular during the Victorian era. The smallest would be used to heat bedrooms and other small rooms while the larger size would easily heat a ballroom or double parlor. These stoves started being manufactured in the 1800s and were considered top of the line heating in the earliest years of the 1900s. Fuller Warren was a top manufacturer and two designs, the Bonny Oak (2018 sale) and Stewart Oak (2017 sale), went for $375 and $400, respectively, at LiveAuctioneers. A Cribben & Stexton brand model went for about $100 in 2014. Other manufacturers included J.B. Clute, J.S. & M. Peckham, and Voss and Company. 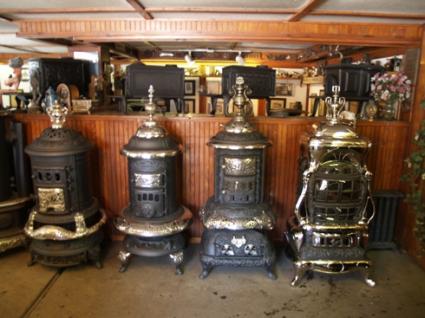 Box Style and Cookstoves in the Victorian Era

Parlor stoves were used to heat the fancy front parlors of Victorian homes. Created with all of the embellishments that Victorians loved, these intricately detailed stoves kept Victorian society toasty in their drafty winter homes. A signed G.K. Kane brand stove with floral details sold for $60 on LiveAuctioneers in 2019. Johnson, Geer & Cox was another famous manufacturer during the Victorian era. 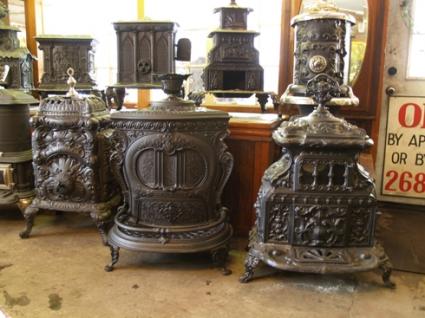 Later Victorian parlor stoves, from the late 1800s to the early 1900s, had fewer details and were larger in size than their predecessors. They often had cook tops hidden on them, as well as openings in the doors so that the fire was visible. A restored Glenwood 1903 Weir brand box stove sold for $325 at LiveAuctioneers in 2016. A large Great Western Stove Company Banquet Puritan model was sold on eBay in 2020 for $1,300. While the eBay model is undated, the Great Western Stove Co. made cookstoves from around 1875 through the 1930s. 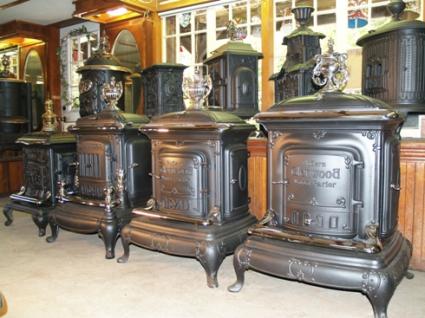 How Much Are Antique Cast Iron Stoves Worth?

In general, the condition, size, design, and rarity will determine the value of the stove. Most are in the $100 to $500 range, though some can go for several thousands of dollars.

Collecting antique kitchen appliances, like cast iron stoves, is something that may interest people who have historical homes or enjoy cooking. Learn how to identify antique stoves so you know what's a replica and what's the real deal.