The popularity of Tyrone Power movie memorabilia is a tribute to the debonair actor once known as the King of 20th Century Fox. During his movie career, Tyrone Power made 51 motion pictures, with only a few being for a studio other then Fox. With his classic, dark good looks, Tyrone Power stole the hearts of moviegoers and quickly became a matinee idol. Today movie memorabilia of this swashbuckling hero is highly sought after by many collectors.

Throughout his career Tyrone Power starred in many roles, proving that he was not only a handsome leading man but also a prolific actor. His roles ranged from portraying Juan Gallardo in Blood and Sand to the swashbuckling, dashing hero in The Mark of Zorro. Although he had appeared in several earlier films, it was his part as Jonathan Blake, in the movie Lloyd's of London, which launched Tyrone Power's career as a Hollywood legend. Regardless of the genre of the film, Tyrone Power proved repeatedly that he deserved to be one of Hollywood's top leading men of the time. His talent, charm and charisma kept him as a top box office attraction for more than two decades. Films such as The Razor's Edge, Son of Fury and The Black Rose live on in the memorabilia collections of Tyrone Power's fans.

There are many places that you can search for memorabilia both online and at brick and mortar locations. Auctions, antique and collectible stores, and ephemera shows are all excellent places to search for the perfect Tyrone Power motion picture collectible. Of course, many collectors always hope to find a hidden treasure, such as an original Tyrone Power movie poster of This Above All, by scouring their local thrift stores and flea markets. These same collectors often spend their weekends going to estate, tag, and garage sales. Several examples of online sites that offer memorabilia from the Golden Age of Motion Pictures include:

There are numerous online forums and blogs about movie memorabilia. These sites offer collectors a place to discuss their mutual interest. Information about new finds, current auction listings and upcoming auctions are often discussed on these types of sites.

Collecting movie memorabilia gives motion picture aficionados the opportunity to own a small remembrance of their favorite film or star, such as Tyrone Power. There are many different types of movie memorabilia, known as niches. Some collectors choose to focus on one niche, such as posters, while others broaden their collections creating an eclectic mix of memorabilia. Collectors are always searching for items to add to their collections including: 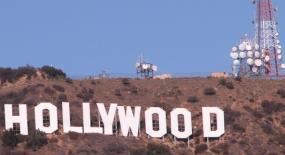 An excellent example of reproduction movie memorabilia of Tyrone Power is an 8x10 black and white photograph of him as Gurnie from the film The Black Rose.

Tyrone Power movie memorabilia can be as inexpensive as a 5x7 photo from the 1947 Captain of Castile film, which sells for about $10.00, to the matador outfit he wore in Blood and Sand which was sold at an exclusive private auction for a very large sum of money. It is important to remember that regardless of your budget, one of the key rules in collecting movie memorabilia is that quality and condition count. You should always try to buy the best quality items that your budget allows. The better the condition of your memorabilia the better it will retain its value. If you are purchasing from a dealer make sure that he is a reputable one to ensure that you are getting exactly what you are expecting.