Have you ever wondered about the value of old pennies mixed in with your spare change? Maybe you have an old jar of coins given to you from an older relative or you received several old pennies in your change at the grocery store. Either way, understanding how to identify a potentially valuable old penny will keep you from tossing away something that is worth far more than a single cent.

How Old and Rare Is Your Penny?

There are several factors that can make an old penny valuable, but two of the most important are the rarity and the age. Older coins are often worth more. Fortunately, when it comes to dating pennies, the process is simple. The date is printed right on it! You can also tell by the size and design, which changed over the years.

When you think of old pennies, do you think of pennies designed with the Lincoln Memorial, or older Wheat or Indian Head pennies? Pennies of this type are examples of small cents. For 64 years before the small cents were minted, the United States Federal Government struck penny coins known as large cents. Large cent coins are made of copper and are about the same size of a current $1 coin. The first large penny coin was the Flowing Hair Chain. The Flowing Hair Chain penny features a head that represents Liberty on one side. On the other side, there's a linked chain.

After the Flowing Hair style of large cent was discontinued, the penny went through a variety of design changes while still retaining its large size. The following are some of the most notable: 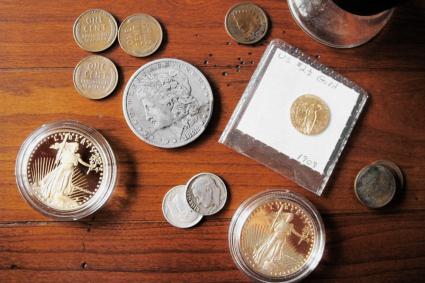 There was a lot of copper in the large cents, and the coins were worth less than their metal value by the 1850s. In 1857, the mint changed the metal content to 88% copper and 12% nickel and made the coins smaller. A pattern coin or prototype was created in 1856. Only 1400 of this coin were made, and they were not intended for release to the public. After being shown to certain members of Congress, the coins were to be returned to the mint and destroyed. However, not all of the coins were returned, and those that were not destroyed are extremely valuable today. Depending on the condition, these old pennies are valued from $6,700-$150,000. This pattern coin was followed by several other small cent styles:

What Is the Condition of Your Penny?

While age and rarity are important for value, condition can have just as much impact. Examine your penny carefully using a magnifying glass and note the condition. According to the Numismatic Guaranty Corporation (NSG), which specializes in collectible coin grading, these are some things to look at when assessing the condition of an old penny.

The color of your penny is also a factor in its condition. A penny that's still red is the most desirable, while brown or green coins are worth less. Note that you can polish copper, but doing so can remove some of the detail of the coin. 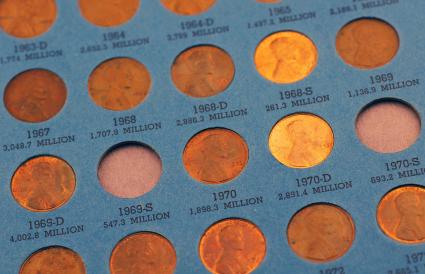 When you've inspected your penny and gathered as much information as possible about it, it's time to compare it to recently sold examples. You can look up recent sales on Professional Coin Grading Services (PCGS), but another great resource is eBay. Look at sold pennies only, not pennies that are currently listed for sale. These are a few examples:

Fun and Exciting Part of US History

Understanding how to evaluate old pennies can help you assign value to coins you inherit or collect. It's also fun just to learn about United States coin history and the important factors affecting how much pennies are worth.

2
Comments
© 2006-2020 LoveToKnow, Corp., except where otherwise noted. All Rights Reserved.
Resources, Advice & Tips for Covid-19
Read More
How to Find the Values of Old Pennies