In many homes, chamber pots served an important but humble purpose in the days before indoor plumbing. Instead of trekking out to the outhouse or privy in the dark, people would keep a chamber pot under the bed and use it as a place to relieve themselves at night. Some families may not even have had outhouses, making chamber pots the only option. You'll find these items in antique stores and flea markets, and it's fun to learn a little more about the fascinating history of chamber pots.

What Is a Chamber Pot?

A chamber pot is basically a portable toilet. They came in a variety of different styles. Some looked much like a chair or stool with a hinged lid. Others looked like a pot or dish, sometimes with a removable lid. Although styles varied, the function was always the same.

Chamber pots have been used by humankind for thousands of years. One of the earliest known examples of a chamber pot was discovered by archeologists at the Tel-el-Amarna site in Egypt and dates from the 1300s B.C. Other early examples of this utilitarian vessel that have been found are attributed to the ancient peoples of Sybaris and Rome. Although chamber pots remained fairly similar in style throughout the centuries, they did undergo slight changes in design. By the 1500s, chamber pots had developed into the styles and designs that are most recognizable today. 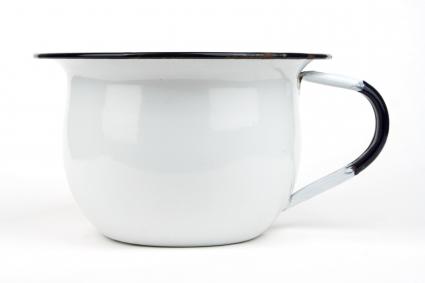 Through the years chamber pots have been made of almost every type of material that would hold liquids. The chamber pots of the wealthy European royal families, aristocracy, and upper class were made of pewter, copper, silver, and sometimes even gold. However, the most common materials for chamber pots included the following:

The very earliest chamber pots were simple containers without much decoration, but manufacturers refined the style over the years. As time went on, it was common for chamber pots to be squat jugs with a wider rim. Many had a lid to contain the contents and any associated odors. Some also fit into chairs with a special hinged seat called "close stools."

In Colonial America, most of the chamber pots were made of earthenware that was lead glazed and had a slightly coarse texture. The glaze turned the inside of the pots a reddish color as it oxidized. Although this type of rustic pottery was patterned after the silver styles popular in Europe, it was not as attractive as the delicate Delftware chamber pots with their tin glaze and creamy white appearance. In the mid 1600s, a number of Staffordshire potteries began to mass produce chamber pots, exporting many to the colonies. The Staffordshire pots were very affordable and many have been discovered at colonial sites.

During the Victorian era, ceramic chamber pots decorated in colorful floral designs or beautiful scenes were very popular. Most were made of stoneware or china, although metal versions also existed. 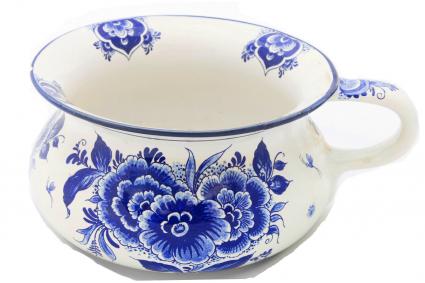 Chamber Pot History and Use

Chamber pots were sometimes the only option for people who needed to relieve themselves. According to Lives and Legacies, there was no outhouse at George Washington's Ferry Farm and many other historical homes of the era. People only used chamber pots and close stools. However, in later years, many families also had outhouses for daytime use.

How Many Chamber Pots Did People Have?

Generally, each bedroom in a home would have its own chamber pot. If everyone slept in one room, such as in frontier cabins, the home may have had only one chamber pot. 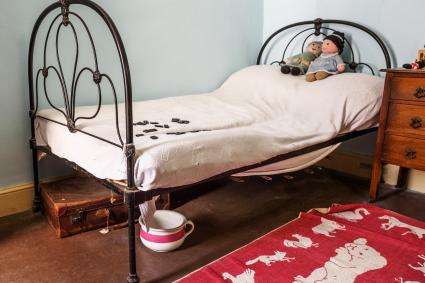 It was part of the regular morning chores to empty the chamber pots. In families with staff, a servant would perform this duty, but in most families, it fell to the inhabitants of the house. If there was an outhouse, people would empty the contents of the pot into that. If not, the contents could be dumped out a window, poured into a body of water, or spread on the garden. 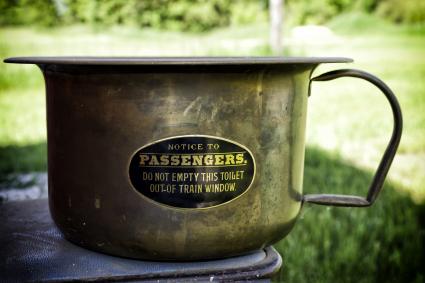 Chamber pots are known by a variety of names including:

If you would like to see more chamber pot designs, check out one of these resources:

Like all antiques, chamber pot values depend on what collectors want. Chamber pots were a common item, since every home had at least one. You can easily find them at antique shops and auctions. You'll also find them at flea markets and online stores like Ruby Lane and TIAS. In general, chamber pots it good condition sell for more than those with damage, and beautiful designs fetch more. Here are some sample sales prices from eBay:

Chamber pots are antiques that once served a utilitarian function in daily life. Today, they can be decorative collectibles or conversation pieces, and they are easy to find and affordable. Have fun looking at all the different styles.

0
Comments
© 2006-2020 LoveToKnow, Corp., except where otherwise noted. All Rights Reserved.
Resources, Advice & Tips for Covid-19
Read More
What Is a Chamber Pot? History of a Unique Antique