You've heard of some of the big names, but there are many other antique sewing machine brands that offer a fascinating glimpse at the history of home sewing. From the National Sewing Machine Company to Davis, dozens of smaller sewing machine manufacturers contributed to the advancement of machine sewing. Many of these machines are still around today in the homes of collectors and in antique shops.

You know about Singer, but you may not be familiar with these lesser-known historic sewing machine brands. There were dozens of sewing machine companies competing for business in the last half of the 19th century, but a few stories stand out. Whether you have one of these machines or are simply curious about sewing machine history, each of these manufacturers has a fascinating story. 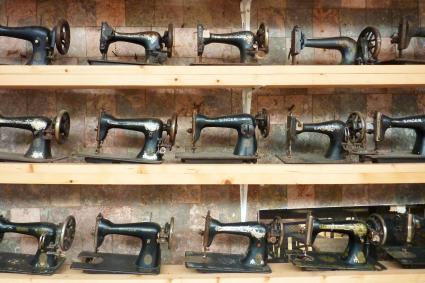 Like the companies of today, Victorian manufacturers had to be nimble and adjust their business models to stay afloat. The Davis Sewing Machine Company is a great example of this strategy. Davis began manufacturing sewing machines in 1868, and their early machines used a "vertical foot" to move fabric through the machine using both lower and upper presser feet. This innovation didn't take off at the time, but it is used in many high-end machines today and is called a "walking foot." Within 25 years of its incorporation, Davis switched gears and began producing bicycles instead of sewing machines. This kept the company solvent for a few more decades, but Davis eventually closed up shop in 1924. There are Davis machines in antique shops and auctions, where they sell in the range of $100-$200. A Davis vertical feed sewing machine in working condition sold for about $100 on eBay. 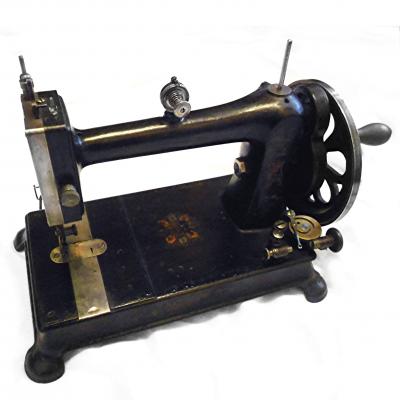 One of the most difficult machines to find today is the Wardwell sewing machine. The company had a short lifespan, from its incorporation in 1882 until it was taken over by the now-defunct Taft-Pierce company in 1895. During this time, it produced a machine which could have revolutionized the industry. Manufacturing brochures promise that the Wardwell used no bobbin and no shuttle. It was constructed from only 40 pieces. However, this simple and efficient design failed to take off with consumers, and they are nearly unheard of on the antiques market. If you find one, consider having it appraised.

Manufacturing sewing machines in Boston and New York City from 1851 to 1875, Grover & Baker were responsible for some important early advancements in sewing machine design. The company developed a secure double chainstitch using two threads, an innovative concept at the time. They are also credited with making the first portable sewing machine, a model that was self-contained in a box. After a devastating fire at their stockroom and a financial panic in 1873, the company had to close its doors. Today, some of the most valuable antique sewing machines are those made by Grover & Baker. Beautifully restored Grover & Baker machines sell for as much as $1,900 on eBay.

Producing sewing machines from 1853 to 1905, Fiddlebase reports that Wheeler & Wilson were one of the most successful sewing machine manufacturers of the 1860s and 1870s. They patented the four-motion feed, which became the industry standard. They also invented the glass presser foot, which allowed the seamstress to see the sewing beneath the foot and make adjustments as needed. The company was dissolved in 1905. Today, you can find these machines on the antique market for a reasonable price. A Wheeler & Wilson machine with its cabinet sold on eBay for $200. 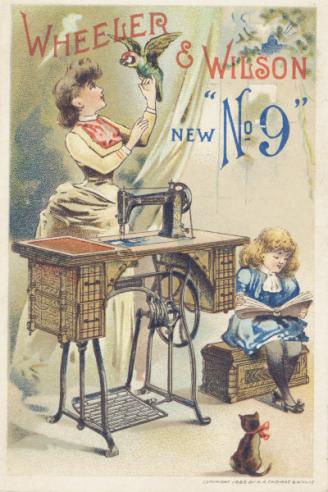 Any glance at an antique store or online auction will reveal a few Singers. If you have one, take a moment to learn more about antique Singer sewing machines. This company is arguably the biggest name in sewing with dozens of models. Antique Singers can be very valuable too, with rare models selling for thousands of dollars. 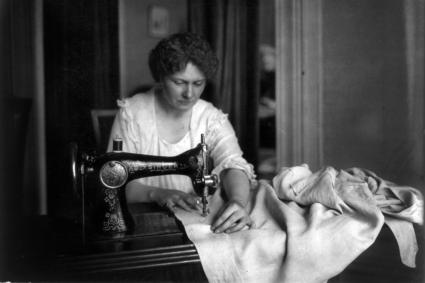 Even though the last machines came off the assembly lines in the 1950s, you can still find New Home models on the antiques market. There's a lot to learn about New Home sewing machines, including the most valuable models to look for.

Kenmore made sewing machines from the 1930s, and they were especially popular with value-conscious housewives of the era. Although these machines aren't technically antique, the vintage appeal is still a major factor for collectors. Vintage Kenmore sewing machines can be valuable too, with the earliest models fetching $500 or more.

This Swedish brand took off in the late 1800s as many American sewing machine companies were closing their doors. Expand your knowledge about Bernina sewing machines and which models to look for on the antiques market. 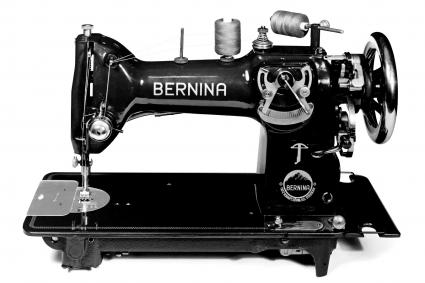 An Important Part of History

If you love sewing and history, there's nothing more fun than leaning about antique sewing machines. From the big brands to the manufacturers time has forgotten, these machines were an important part of clothing history and many family's lives.

0
Comments
© 2006-2021 LoveToKnow, Corp., except where otherwise noted. All Rights Reserved.
Antique Sewing Machine Brands With a Place In History