The earliest antique German beer steins date to the fourteenth century, a time when earthenware was being improved, Germany was making new and improved brews, and Europe was ravaged with the bubonic plague. Replica and aged beer steins are still manufactured today, so you need to understand the history of these vessels to learn German beer stein values.

Beer steins evolved as a result of the laws passed in several German principalities stating that covers had to be on all beverage and food containers. The laws, and others related to sanitary conditions, were in reaction to the fear that a recurrence of the bubonic plague, also called the Black Death, would be caused by several invasions of flies throughout Central Europe in the mid to late fifteenth century. Up until that time, most common folk drank beer from mugs made of porous earthenware or wood. The well-to-do and upper class drank from glass, pewter or silver vessels, called beakers or tankards.

The first steins were simply mugs with a hinged lid that had an attached thumb lift. As progress continued in the refinement of earthenware, a new material developed called stoneware. Chip and crack resistant, the new non-porous material was a perfect choice for holding beer.

Relatively expensive, the stoneware lidded drinking vessels soon became the subjects of Renaissance artists that added designs to make them even more appealing. Early German beer steins from the fifteenth to the seventeenth centuries often had: 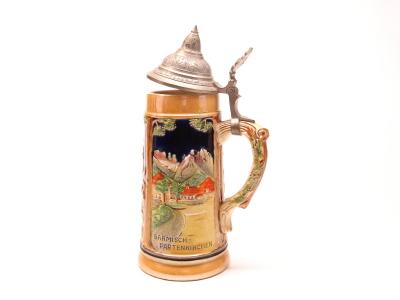 The Introduction of Faience

By the mid-seventeenth century, German beer and stoneware beer steins were in high demand. The elite members of the German society wanted elaborately decorated steins made of silver, pewter or glass which were made in Bavaria, Koblenz and Koln. However, there was also great attention paid to the beautiful porcelain Ming mugs of China. Although at the time European potters did not know how to produce porcelain, German potters produced a substitute for porcelain, called faience.

Beer steins made of faience, a type of earthenware that uses tin oxide to create a white porcelain looking glaze, quickly became popular in Germany. The German faience steins were:

Many German beer stein makers continued making faience steins throughout the eighteenth century. At the same time, European porcelain had been perfected and the costly German porcelain beer steins were in demand by Germany's wealthiest families. 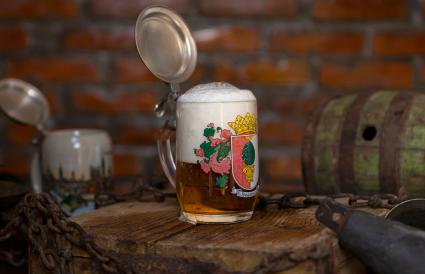 Steins of the Mid Nineteenth to Early Twentieth Century

The German beer steins produced from the mid nineteenth to early twentieth century saw a resurgence in the popularity of stoneware steins decorated with Renaissance designs and motifs. These steins were:

This era is also the beginning of molded German beer steins. The first molded steins were made in the region of Westerwald by Reinhold Hanke. Once molds were used and beer steins were being mass produced, the beautiful highly detailed carved relief work of the early steins was no longer unique. It appears on hundreds, if not thousands, of molded steins. 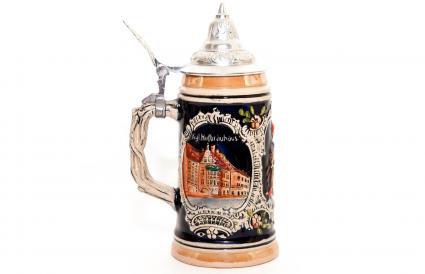 Antique German beer stein values range from $50 to $5,000. Knowing everything you can about your stein and the current market for them with collectors can mean the difference of thousands of dollars.

How to Tell if Your German Beer Stein Is Valuable

To determine whether your stein is a valuable antique or just a cool collectible, you need to look for clues about how old the stein is, where it was made, and how it was made. The best way to find the value of your stein is to seek a professional appraisal from a stein expert.

To start, you'll want to be fairly certain your beer stein is an authentic German antique, not a mass-produced promotional piece.

Finding the period when your stein was made is important because older pieces will typically be more valuable. 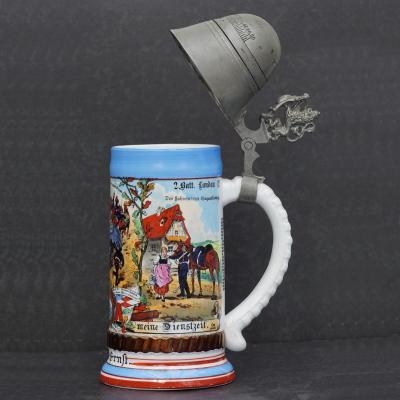 Beer steins were made to be used, so finding faded colors, minor chips, and other small imperfections is expected with antiques. But the condition of your stein will affect its value. If your piece has many or all of these conditions, it will be more valuable.

Stein makers often mark their work with easily identifiable maker's marks. You can search online databases such as Stein Marks to identify yours. Well-known manufacturer pieces can be more valuable. The following are some makers of German beer steins.

From books to websites, you can find plenty of resources from experts and avid collectors to help you identify a piece or start your own collection.

Although you will not find antique German beer steins made of early stoneware or faience in local antique stores or online auctions, there are many beautiful beer steins made in centuries past available to collectors.