Fans of the mid-century modern aesthetic are well-acquainted with Viking Glass and its rich, bright colors, but for those who've just stumbled across a piece that they think might be a Viking or for those just starting their glassware collections, take a look at how this company's unique line of free-form glassware dominated the mid-20th century and what to expect when collecting Viking Glass today.

New Martinsville Glass Company and the Birth of Viking Glass

Established in 1900, the New Martinsville Glass Company, along with hundreds of thousands of other businesses across the United States, experienced extreme financial hardship during the Great Depression in the late 1930s. Yet, the company was saved from complete destruction by the Silver Glass Company of Meriden, Connecticut in 1938, and in 1944, the company was both restructured and renamed the Viking Glass Company. This newly minted Viking Glass found the height of its success during the mid-20th century with its use of a rainbow of vibrant colors in all of its glassware. The company survived for nearly a hundred years, eventually closing its doors in 1999. However, its glassware remains incredibly popular among collectors, both because of its never ending color pallet as well and for its affordable prices.

How to Identify Viking Glass

Viking Glass commonly refers to the Viking Glass Company's 'Epic' line of glassware, which began in the 1950s and was in production until the late 1980s. Unfortunately for amateur collectors, the manufacturer preferred using paper tags and stickers to identify their pieces rather than stamping them with maker's marks. This means that the colors are largely what appraisers and serious collector's use to identify a piece. Here are some of the colors of viking glass that you might come across: 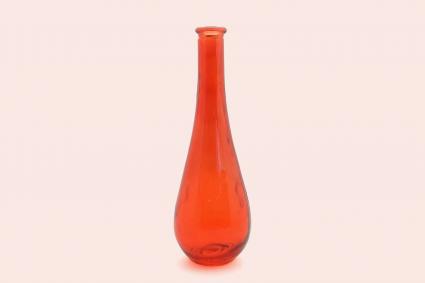 The Viking Glass Company's Epic line was incredibly prolific, and due to the significant demand for this glassware during the mid-century, the variety of glassware that was produced is staggering. This is another sticky element that can prove difficult for new collectors; since there isn't a overarching theme or motif that unifies the Epic line, it's doubly difficult for newcomers to make a confident assessment of their piece in question. Given that the Epic line was treated by the company as more of a branding tactic rather than a true thematic glassware line, there's a wide variety of types of pieces that you can purchase, and these are but a few of them. 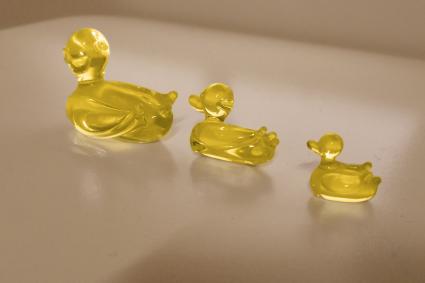 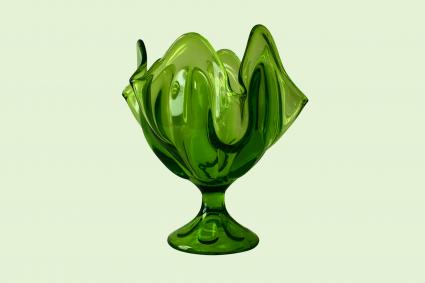 Depending on the rarity and demand, Viking Glass can be both affordable and rather expensive. There's a substantial market for Viking Glass that's priced for less than $50, meaning average collectors can absolutely find small, but affordable, pieces to add to their collections. For example, one amber egret with the original sticker label still attached is only listed for $40 in one online auction, and an amberina fruit bowl is listed in another auction for about $50. However, if you're interested in a luxury piece of Viking Glass, you can certainly find pieces worth anywhere between $500-$1,000. For instance, a pair of taperglow tangerine candle sticks is listed for nearly $450 in one auction, and a floor decanter with the stopper is listed for a little over $1,000 in another.

Even if you're not a fan of the mid-century modern aesthetic, Viking Glass use of a rainbow of colors and its free-form style makes it perfect for literally anyone who happens to have a favorite color, and remember - if you find a piece of glassware during your search that has a color that's arrestingly vibrant and doesn't bear any maker's marks, chances are it belongs to the Viking Glass Company.