Selling antique ivory can be a problem due to strict regulations regarding the import and sale of ivory, particularly elephant ivory. While it may seem inconvenient to be unable to sell ivory antiques, recent regulations at the state and federal level are designed to reduce the killing of elephants and keep them from becoming an endangered species.

As of the 2016 National Strategy on Wildlife Trafficking law, it is illegal to sell ivory although there are some exceptions to the law. There are several pre-existing ivory items that fall under an ESA antiques exemption which can be sold within a person's state: 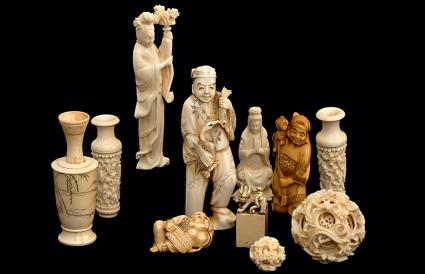 In addition to the ESA antiques exemption, there is also a De Minimis Exemption related to African elephant ivory. This exemption does not involve ivory from Asian elephants. In order to qualify under this exemption the item must be made only partially from ivory and meet these other criteria:

Ivory sales are also banned in several states, such as California, Hawaii, Massachusetts, Washington and New York. Some of these laws are even stricter than the federal regulations, such as the law in Hawaii that bans sales of anything made from elephant ivory, rhinoceros horn as well as items made from other parts of animals such as walruses, seals, sharks and tigers. Interstate sales of ivory items is also prohibited in the U.S. for sport trophies and ivory items that were brought into the U.S. as part of a scientific research project or law enforcement investigation.

One of the difficulties with selling antique ivory that fits the exemption criteria is proving that it's at least a century old. As a result, the 2016 law has reportedly led to a loss that can be anywhere from $100 million to $11.9 billion for antique ivory collectors and dealers. While it's legal to sell items that are older, the problem is establishing that they have existed for a century or more. Owners may not have any paperwork proving the age of the items they own and appraisers note that the testing process is expensive and may make it impossible to sell an item once the cost is factored into the price. 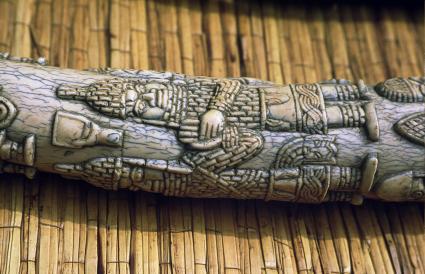 When selling antique ivory pieces, do not mislabel, misrepresent, or make oblique references to "material not allowed" because that is illegal. Additionally, it also goes against many website policies, including eBay.

Ideally if you own antique ivory pieces that you wish to sell you will already have something in writing that can prove the age of the item. These could be:

You can also hire an appraiser to review your item and provide a professional opinion on the age of the item. If you do, make sure they are an accepted appraiser by the U.S. Fish and Wildlife Service, which administers the federal regulations.

If you are interested in selling your ivory via a website, such as selling ivory on eBay, you must follow the same rules as in-person sales. Each website also has their own policies to review to make sure your sale is allowed. For example, eBay does not allow the sale of any ivory items. There are some platforms that will allow for sale but have strict regulations and requirements for documentation.

If you have antique ivory items in your possession and are thinking about selling, make sure you review the regulations carefully. If you believe your item can meet one of the exemptions, gather all of your paperwork and speak to an appraiser if you need assistance dating an item. Remember that it is not illegal to continue to possess items you already own if they were obtained legally. Depending on the regulations, you may find that you cannot sell it and will have to continue keeping the item in the family.