While cigar smoking might not be as popular as it once was, people are still attracted to the unique packages that they were sold in, and antique cigar boxes value hasn't wavered over the years. You might find an antique cigar box in the unlikeliest of places such as in drawers and cabinets storing sewing threads, old buttons, or fishing hooks. Yet, not every antique cigar box is worth reselling, so you'll need to assess your antique cigar box using a few different criteria.

Since cigars were required to be packaged in boxes in the United States in accordance with the Revenue Act of 1864, there came to be a thriving cigar market in the 19th and 20th centuries. As cigars grew in popularity, manufacturers began making highly stylized, artistic labels and art to adorn their cigar boxes. Due to this, there are a wide variety of different antique cigar boxes that collector's search for, and some styles, materials, and conditions are worth more than others.

Antique cigar boxes were most typically made out of "nailed wood" which consisted of six different pieces of wood being nailed together to create a box that allowed for up to fifty cigars. These boxes were the manufacturing standard until the cheaper materials and technological developments of the 20th century expedited the production process. While these boxes can be valuable, those made before the Revenue Act was implemented are particularly desirable, and novelty cigar boxes and commemorative cigar boxes are more collectible because of their visual appeal. Some of these artistic renderings you may come across include:

What Antique Cigar Boxes Were Made Out Of

These collectibles were crafted out of various different materials, ranging the finest chinas to the cheapest woods. Generally, antique cigar boxes made out of finer materials are worth more than the majority that were manufactured from wood. However, pristine boxes created out of valuable woods like mahogany can be comparably priced to their luxury counterparts. These are some of the materials that your antique cigar boxes might have been made out of. 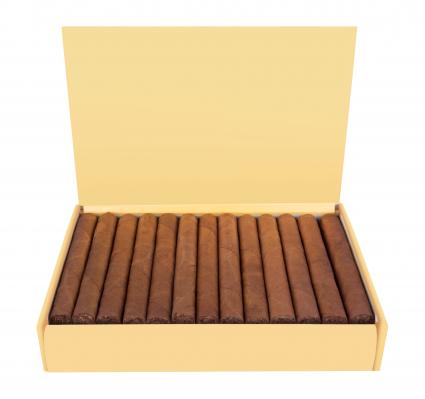 The two most important factors to consider when evaluating antique cigar box values are age and condition. These two elements can significantly increase both the monetary value and collector's demand for the antique cigar box that you might be considering selling. 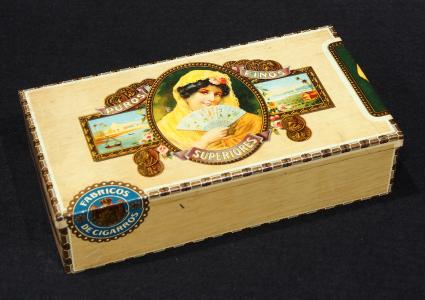 Considering that the Revenue Act standardized the cigar packaging industry, cigar boxes that come from before the mid-19th century are relatively rare and will have higher values than the mass-produced boxes of the early 20th century. However, even the oldest cigar boxes aren't worth very much if they are in rather poor condition. Thus, you don't only want to considering a cigar boxes age as an indicator for being a 'golden ticket.'

The collector's market for antique cigar boxes is rather interesting because average prices for these items can range from between $20 - $5,000 depending on their rarity, condition, connection to famous figures or commemorative events, and the materials they were made out of, with some boxes exceeding even those estimates. For example, a 1925 Art Deco Cartier Cigar Box made out of sterling silver is listed for almost $50,000 in one online auction. However, you're much more likely to find expensive cigar boxes in the lower thousand dollar range, such as a 1920 Art Deco Brass Cigar Box with engraving from Rockwell Kent for about $3,000. In addition to these, boxes with decorative labels and brightly colored artwork are generally valued to be worth around a few hundred dollars, such as this set of antique cigar boxes which is priced at just over $100. 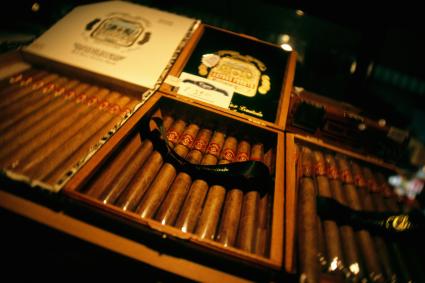 Aside from being perfect reusable storage containers, even the most modest antique cigar box can bring in a worthy sum because of its label. Collectors are constantly searching for rare and unique cigar box labels, with some enthusiasts even looking for highly niche prints to add to their collections. Therefore, don't be alarmed if you have a slightly mildewed, wooden antique cigar box because that unusual label glued to its front lid might just pay for your next vacation.

0
Comments
© 2006-2021 LoveToKnow, Corp., except where otherwise noted. All Rights Reserved.
Resources, Advice & Tips for Covid-19
Read More
The Value of Antique Cigar Boxes: What to Look For