Predicting value in figurines can be a bit of a challenge, with some once-popular designs fetching far less than their original sales price at auction. However, certain lines and models are especially valuable and can be worth a shocking amount of money to the right collector. Keep an eye out for these beauties as you peruse the offerings at your local antique store or online.

Established in Germany in 1710, Meissen has always had one of the best reputations for fine quality, lovely porcelain figurines, according to Christie's. The auction house reports several special examples have sold for $200,000 or more, and even more common pieces regularly fetch hundreds of dollars. Pieces by the finest designers in the line, Johann Jakob Kirchner and Johann Joachim Kändler, are the most valuable, as are many early pieces. Exceptionally beautiful figurines with a sense of life and movement are also worth a great deal. A 1732 piece by Kirchner of a bird called a Great Bustard sold at a Christie's auction in 2015 for 842,500 British pounds ($1,071,209), despite signs of restoration and repair. 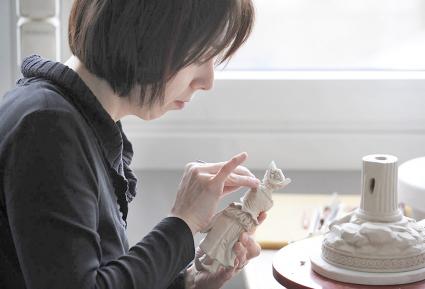 Italian porcelain company Capodimonte is known for exquisitely crafted household items, chandeliers, and figurines. Collectors Weekly reports the company was founded in 1743 at the suggestion of Maria Amalia of Saxony, the granddaughter of the founder of Meissen and later, the Queen of Spain. Early figurines are white or ivory and have a shiny glaze, but later examples are fantastically colored and elaborate. Large pieces can be especially valuable as can those depicting rare scenes. It's not uncommon for pieces to fetch several hundred dollars. A 20-inch figurine of a king and queen, possibly Napoléon and Josephine, sold on eBay for $665. 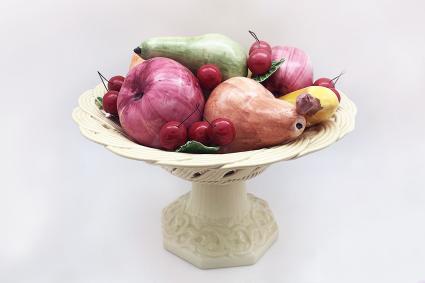 Among the most delicate figurines on the antique market, Dresden lace figures often feature porcelain lace and tulle that give these fragile pieces a sense of movement and realism. According to Collectors Weekly, craftsmen made these delicate lace portions by dipping real lace and tulle in slip, attaching it to the figurine, and then firing it. The heat would burn up the fabric but leave the porcelain portion of it behind. Because this porcelain lace was so delicate, it is difficult to find antique examples in pristine condition. Even small figures with a little damage are worth $100 or more. However, if you can find a figurine in excellent shape with multiple figures, it can be worth thousands of dollars. An exceptionally detailed, 21-inch Dresden lace figurine of Blind Man's Bluff sold on eBay for about $3,300, even with a few condition issues. 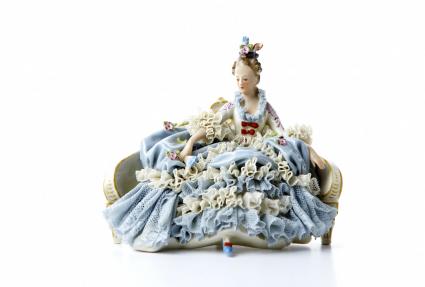 Sevres porcelain is among the most unique and delicately decorated, according the Christie's. Although much of this factory's work was devoted to dinnerware, tea sets, vases, and other similar items, there are also some figurines. These are often figural representations of people with exquisite detail and a clear glaze. Depending on condition, these figurines can be worth hundreds of dollars. Those in large sizes and with gilt details can fetch top dollar at auction. A 12-inch figurine from the 18th century called The Flute Lesson sold on eBay for $1,000. 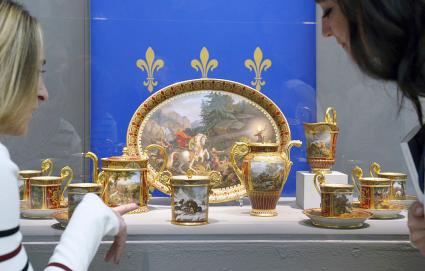 Creating porcelain dishes and figurines since the 1700s, Royal Nymphenburg is noted for its stunning detail and themes inspired by nature and mythology. You'll find everything from stags to Greek gods and goddesses. Kovels reports there are reproductions of the earliest porcelain designs, but if you find a genuine piece, it could be worth a lot. The finest Nymphenburg figurines regularly sell on 1st Dibs for $10,000 or more, and you can find more common pieces for hundreds of dollars. Sotheby's estimated the value of a mid-18th century Nymphenburg lady figurine at between 80,000 and 120,000 British pounds (about $122,800 and $184,200). 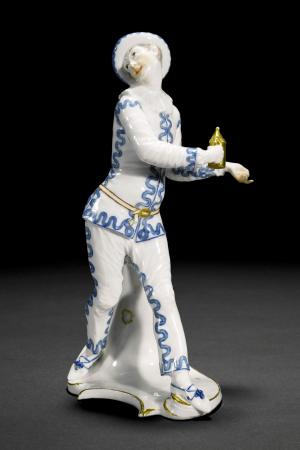 Know What Makes It Special

The key to finding valuable figurines is to know what you're looking for. Study china marks and learn about what makes a figurine great. Generally, the manufacturer is important, but the detail and beauty of the work are also a large part of what makes it special. If you see something gorgeous that strikes your fancy, it may mean the piece holds value for other people as well.

1
Comments
© 2006-2021 LoveToKnow, Corp., except where otherwise noted. All Rights Reserved.
Which Antique Figurines Are Worth the Most Money?