At the time when the 1943 copper penny was struck, the US Mint was making almost all pennies out of zinc and steel. The copper was supposed to be saved for the war effort during World War II, but a chance mistake resulted in a few pennies being struck in copper. Only about 10-15 of these collectible coins still exist, making the 1943 copper penny one of the most valuable old pennies in existence.

The Story of the 1943 Copper Penny

In 1943, the United States was embroiled in World War II. All spare copper was required for the war effort, where it was used in wiring for electronics and airplanes and for other important tasks. When it came time to strike the 1943 penny, mints transitioned to steel blanks and coated the pennies in zinc. However coin experts believe that some copper blanks may have been left in the coin stamping machinery from the previous run, leading to a few 1943 pennies being struck from copper. For many years, the existence of these coins was in doubt, but collectors eventually found a few examples. The pennies became legendary, and everyone from school children to serious collectors began to seek them out. There was even a false rumor that Henry Ford would give a new car to anyone who came in with a 1943 copper penny. Today, those pennies are incredibly valuable. 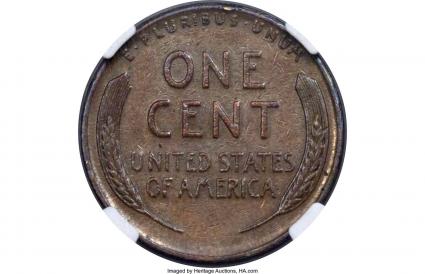 How to Identify a Real 1943 Copper Penny

Because the 1943 copper penny is so valuable, it's often faked. According to CoinTrackers, one trick is to file down the 8 on the 1948 penny to make it look like a 3. Another is to copper plate a steel penny from the same year. If you're lucky enough to encounter what may be a 1943 copper penny, there are some ways you can decide whether it's real:

Not the Only Valuable Penny

Believe it or not, the 1943 copper penny isn't the only penny that's worth way more than a cent. Learn how to find the value of old pennies so you can see if your pocket change might just change your life.