Antique Emerson fans value is a topic that might seem daunting to first-time collectors, particularly since the company's extensive catalog of desk and ceiling fans extends as far back as the late 19th century. However, if you're interested in selling or purchasing one of these stylish machines, it is important to know which models are worth a modest amount and which models are a must-have.

Emerson Electric Manufacturing was established in 1890 in St. Louis, Missouri as an industry leader in electric motors and fans production. Impressively, the company has remained to be a significant competitor in the home appliances and services market to this day. According to the company's website, the company's first electric AC (alternative current) fans were sold in 1892, but it wasn't until the dawn of the 20th century that the company would bring their iconic scalloped-shaped Parker blade design to the public. Over the next century, the appliance manufacturer continued innovating domestic products, but the way their antique fan's were uniquely designed makes them popular additions to any modern workspace.

Once you've established that an antique fan is a true Emerson (which is incredibly easy to do given that the company prints the logo on the center panel of most of their fans), the easiest way to asses its value is to determine what model it is. Models that were released in limited numbers or have unique designs often have higher estimated values than more standard models do.

Emerson first began producing their Northwind fans in 1916 which came in both oscillating and non-oscillating multi-speed varieties. This popular desk-fan was plainer in its design than other Emerson models and did not always feature the infamous brass kidney-shaped blades. Thus, collectors can snag these fans for relatively cheap prices; a vintage Emerson Northwind was estimated between $75 and $100, but one buyer won it for only $25 at auction. 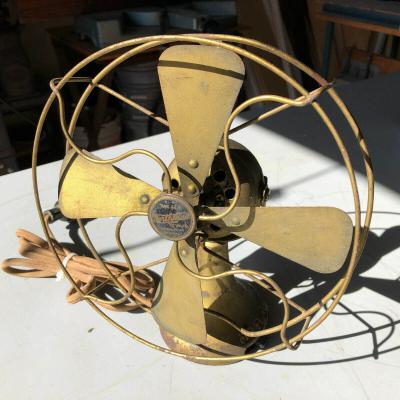 Emerson Junior fans were created by the company as a low-cost, compact alternative to their larger 12" and 16" lines. Beginning in the early 20th century, these fans also came with oscillating and multi-setting features and were painted in a range of colors like gold metallics and mint. Since these fans were constructed to be low-cost, they have correspondingly lower-priced estimated values. For example, an Emerson Junior 8" oscillating fan was estimated between $25 and $50 and sold for $30. 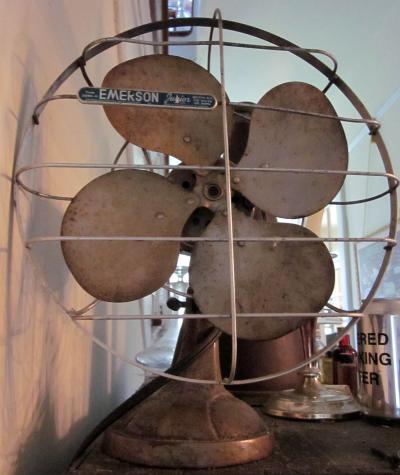 Emerson Seabreeze fans were another popular model which were first produced in the desk-fan style and were then transitioned into oscillating floor fans by the mid-20th century. Unfortunately, these fans aren't particularly desirable collector's items and often aren't sold for significant sums. At already low-estimated values, these fans won't pay off your student loan debt like other fans will. For instance, an Emerson Seabreeze floor fan was estimated between $100 and $400 but only sold for $15 at auction.

Emerson's Silver Swan fan, which was first released in 1932 and sported a unique yacht propeller design blade shape, helped keep the company financially solvent during the Great Depression. This aluminum fan came in multiple colors including "ivory, forest green, dark brown, chrome, and nickel," according to Steve Cunningham of the Fan Collectors website. Silver swans are highly collectible and worth the most money at auction. For instance, a 1934 Emerson Silver Swan was recently listed for almost $1,000. 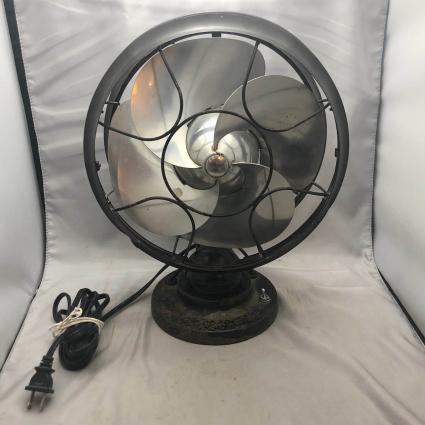 Emerson Electric Manufacturing created most of their fans in either a 12" or 16" size, while the 10" fans are a bit more difficult to find. However, even the most typically sized antique Emerson fan can be worth an impressive amount of money. For example, a 12" Emerson fan from the early 20th century was sold for nearly $800, while a more rare 10" from the same time period sold for only $600 at the Vintage Lighting & Fan Shoppe. 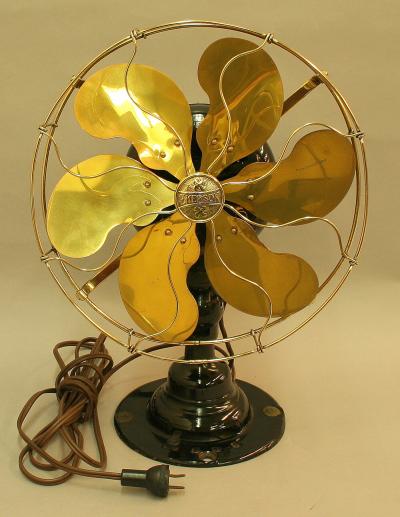 Age and Condition Effects on Values

Investing in Your Antique Emerson Fan

Depending on your antique Emerson fan's age, condition, and model, you might find that keeping it is worth more than selling it. However, putting a little TLC into your fan by giving it a good dusting and greasing could help you turn it into a new centerpiece for your home office.