Most of the time, a penny is worth just one cent, but in the case of the 10 most valuable pennies, they can be worth thousands or even millions of dollars. Find out which pennies to watch for as you sort your change. If you have one of these rare pennies, you might be carrying around a lot more money than you thought!

While the United States didn't officially start minting pennies until 1793, there were a few prototype pennies made prior to that time. One of these is the famous Birch Cent of 1792, named after engraver Robert Birch. This was a "large cent," about the size of a quarter, and there are only 10 known examples. One in excellent condition sold in 2015 for an astounding $2.6 million. 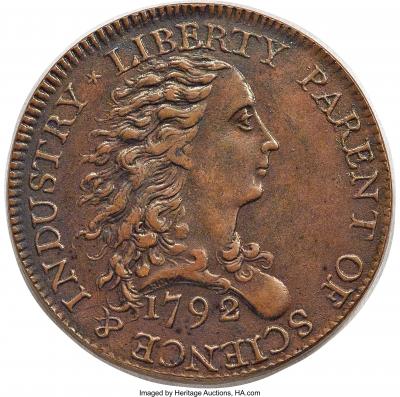 As World War II raged in 1943, the US Mint switched to making pennies out of steel to save copper for the war effort. When they made this switch, some of the copper was accidently left in the hoppers. This resulted in the steel mixing with the copper for the first few pennies produced that year. No one noticed the error, and the pennies entered circulation. The US Mint estimates that 40 of them still exist. In 2010, one of the bronze Lincoln pennies sold for $1.7 million.

One of the most valuable "large cents," the 1793 Strawberry Leaf sold at auction for almost $863,000 in 2009. This rare coin is one of only four examples in this style, which was struck the first year the US Mint officially made the penny. It is in excellent condition for such an old penny and features clear details. 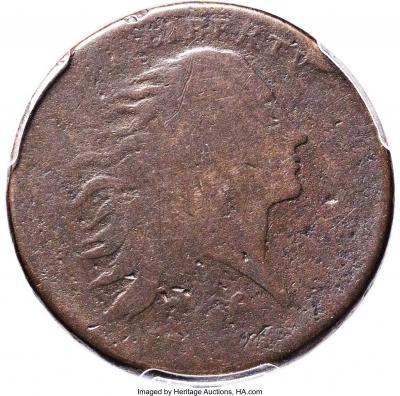 In 2004, another "large cent," a pristine example of the 1793 Liberty Cap wreath design, sold at auction for about $391,000. This coin has sharp details and shows Lady Liberty wearing a modest cap. On the back, there's a wreath.

In 1944, the mints switched back to using copper for pennies. However, an mix-up in the San Francisco mint resulted in about 30 pennies being made from steel left over from the 1943 pennies. These rare examples can fetch up to $375,000 in excellent condition, according to Coin Trackers.

Due to an error involving a double stamping that affected the lettering on the front of the penny, this rare coin is highly coveted by collectors. Only three examples are known to exist, and one in great condition sold at auction in 2018 from about $336,000.

In 1909, the US Mint created a Matte Proof penny, never intended for circulation. The initials of the coin designer, VDB, are stamped on the back. PCGS reports that only about 200 examples are known to exist, though more were minted and likely destroyed. The existing coins were mostly stored, so they are in pristine condition. They feature a unique rainbow oxidation, which combined with their rarity, makes them highly coveted by collectors. One sold at auction in 2014 for almost $269,000.

In 1856, as the mint transitioned from the old penny designs or "large cents" to the smaller size most people associate with the term "penny," they created a limited edition of under 4,000 coins for collectors and important members of Congress. The existing 1856 Flying Eagle cents are highly valued by coin collectors, with one in excellent condition selling at auction for almost $173,000 in 2004. 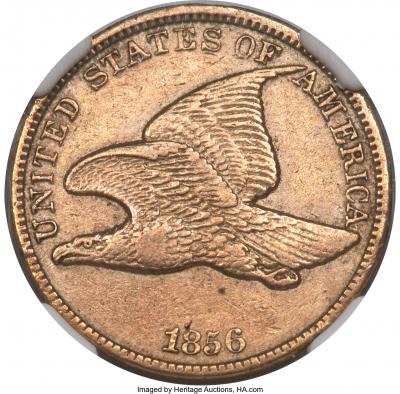 In 1864, the United States was embroiled in the Civil War. Metal supplies were difficult to obtain, so the mint began to strike pennies in bronze half-way through 1864. At this time, they also modified the design slightly to include an "L" on the ribbon of Lady Liberty's war bonnet. Although around five million pennies were struck that year, only a handful of the "L" ribbon version survive in uncirculated condition. One sold at auction for almost $161,000.

People sometimes wonder if the 1917 penny is rare, but the one to watch for is actually the 1914 example. With only about one million pennies minted, the 1914 Denver Mint Lincoln penny is rare for a one-cent coin. Of those million, nearly all the coins went into circulation, making it extremely difficult to find one in mint condition. An uncirculated one sold by Legend Auctions fetched almost $159,000 in 2018. 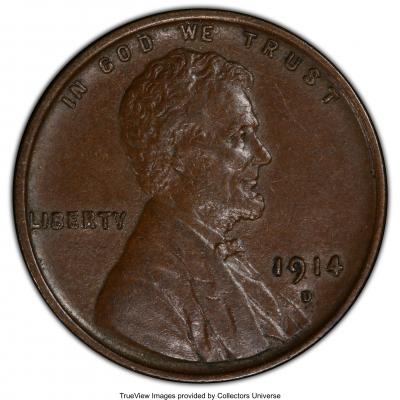 Know When to Hold On to Your Change

While most pennies are worth only a cent, it pays to research rare coin values so you can identify the most valuable pennies when you see them. Sometimes, it may also make sense to hang onto coins you think could increase in value. US rare coin prices change all the time in reaction to market conditions, so something that may not be that valuable today can be worth a fortune tomorrow.

0
Comments
© 2006-2021 LoveToKnow, Corp., except where otherwise noted. All Rights Reserved.
10 Most Valuable Old Pennies and What They're Worth