Since at least the 18th century in the American colonies, school bells have guided students throughout their days, and the history and memories of those clarion antiques still attract collectors. While locating old school house bells takes time, effort, and money, the bells offer listeners a rare chance to experience the past through sound.

Bells have been for thousands of years to warn people of fire or flood, toll for deaths, and entertain listeners at holidays. school house bells have been part of the American soundscape for centuries.

school house bells are usually between 60 and 100+ years old, making them antiques under certain tax laws.

Parts of a School House Bell

Bells are hollow instruments that are sounded by striking. While bells can assume many shapes, from cones to cylinders, the most commonly recognized school bell is one that is wider at the bottom than at the top. Some experts argue this is done to achieve certain sounds, but it may be more about tradition than science. Bells have several basic parts. 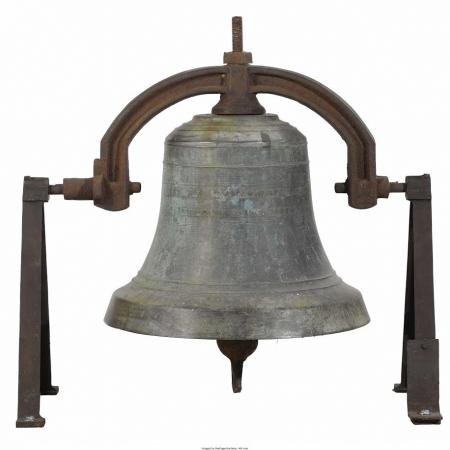 Bells were cast in iron, steel, brass, or less commonly, bronze. Most school bells were not of bronze due to the manufacturing cost of bronze.

Bell casting and manufacturing in the United States was done by companies large and small, and there were many firms that are now forgotten. Foundries tended to make everything from cannons to stoves, but bells took a special skill to manufacture. They were cast in a mold shaped to produce a specific tone, and later ground on a lathe to continue the tuning process. school house bells were often advertised for sale in periodicals like The American School Board Journal or The School Journal. Several of the sought after bell foundries include:

Listen to some of the aforementioned bells at Brosamer's Bells, Inc.

One collector at The American Bell Association notes that some bell foundries marked their bells, while others are known only through print sources, like newspapers and journals. Adding to the confusion is that foundries made bells while other businesses acted as agents and still others ordered bells with their company name but did not manufacture the bells. There were hundreds of foundries in the US, and information on them can be scant.

Features for Valuing and Identification

School house bells are generally much heavier than farm bells. An early Sears & Roebuck Company catalog listed farm bells from 35 and 90 pounds, saying that "every farm, no matter how much, should have a good bell"... with a "pleasing tone that can be heard for a long distance." The Sears school furniture catalogs listed the weight of school house bells between 165 lbs. and 1275 lbs. Bells in schools were distinguished by their sound and clarity although schools also took into account the different sizes of the bells and how much it would cost to ship the bell from the foundry to the school.

Pricing and Where to Find Bells

Bells need special restoration, maintenance, storage, and eventually, transportation. They are also expensive, particularly if you want a bell that is antique (100+ years old) and in working condition. 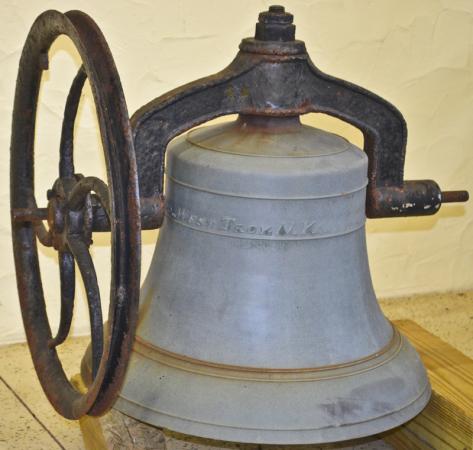 Online auctions, like eBay, offer school house bells, but as always: buyer beware. Ask questions before you bid and watch those shipping costs. Realized prices from eBay for school house bells (not hand bells) are often much less than from bell collector sites, ranging in the hundreds, about the $200 to $400 range or so. However, keep in mind they may not be of the condition or quality as those you'll find from retailers or auction houses who specialize in bells.

A Reminder of Days Past

School house bells can still be found in historic restorations and homes. Although the bells may be difficult to locate, ship, and set up, the result will be a reminder that the past still lives in the sound of a bell.