Originally used to store precious spices, Chinese ginger jars are beautiful decorative objects. You'll see vintage and antique ginger jars in online auctions and local antique shops, so it helps to have a few tips for identifying them. Some ginger jars can be very valuable, especially if they have certain features. Learn what to look for as you shop.

What Is a Chinese Ginger Jar?

Called a guan in China, a ginger jar has a characteristic urn shape. It's taller than it is wide and has gently slowing shoulders and a removable lid on top. These jars served an important function, allowing people to store spices and precious ingredients safely. According to Home & Antiques, the oldest ginger jars date back to the Ming period, which stretched from 1368-1644. Europeans saw these jars as they traded with China, and they were impressed with their elegance and beauty. Ginger jars became very popular in Europe in the 1700s and 1800s, and they were also extremely popular in the 1960s as a home decor item.

Ginger jars have a tall shape with tapered shoulders and a removable lid. They have no handles. In some cases, the lid has been broken, and people have replaced it with one made of wood or another material. Usually, though, the lid is the same pottery as the body of the jar. These jars can come in a wide variety of sizes - from only a few inches tall to over two feet.

Decorations and Motifs on Ginger Jars

You'll see vintage and antique ginger jars in a variety of color patterns and motifs. Common styles include floral patterns, chinoiserie designs, and lattice work. Color schemes can include white porcelain with multicolored designs, blue and white china, single-colored jars with texture, green Chinese ginger jars, and more. These are some of the most collectible: 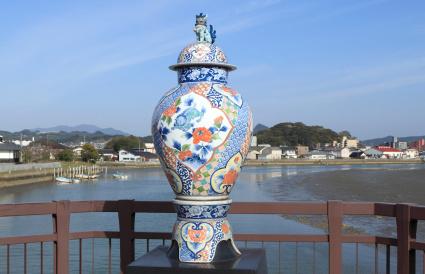 Many Chinese ginger jars are marked on the underside with Chinese characters or writing. Others may have a manufacturer's stamp. These markings are an important part of Chinese ginger jar identification because they offer clues about who made the jar and when it was made. These are some of the Chinese ginger jar markings you may encounter and how to understand what they mean. 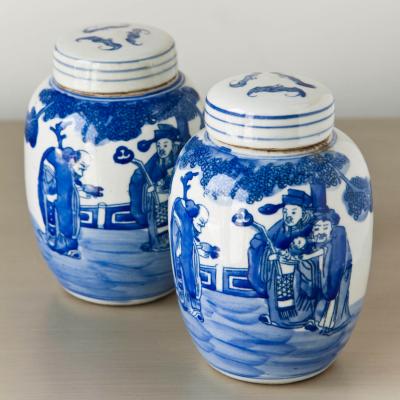 Another mark you may see is the manufacturer's hallmark or stamp. This is especially common for vintage ginger jars, which may have been made by notable china manufacturers. You can use the same tools you would to identify antique china patterns and the manufacturers who made them.

Ginger jars sometimes feature figural marks or inscriptions about their use. These can include fish, flowers, bats, insects, and others. You can see illustrations of these marks and their meanings in A Manual of Marks on Pottery and Porcelain, written in 1894 by W. H. Hooper and W. C. Phillips. 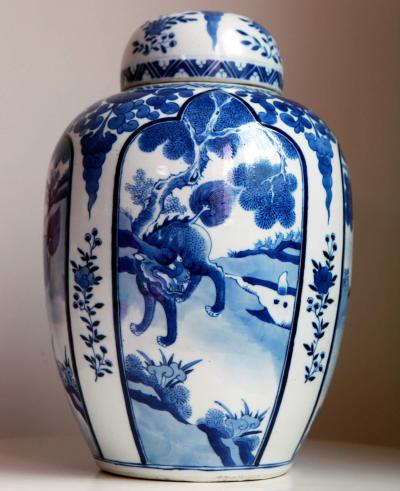 Factors Affecting the Value of Vintage and Antique Ginger Jars

Ginger jars can be worth anything from a few dollars to thousands. Like all antique Chinese art, it's important to verify the authenticity of any piece you're considering buying. If you're wondering whether your Chinese ginger jar is valuable, assess it for the following important factors:

How Do You Display a Ginger Jar?

If you enjoy decorating with antiques, you can put your antique or vintage ginger jar to good use as a display piece. These jars look beautiful in groupings of two or three, and they also make gorgeous focal points on their own. Display them on top of a bookcase, on your fireplace mantel, or anywhere else that's sure to attract attention. These are beautiful objects that deserve to be seen.