Among the numerous options of ceramic collectibles, Hummel figurines stand out as the preeminent collectible of the 20th century. These lively pieces exude the inquisitive and adventurous nature of the idyllic childhood experience, with groups of rosy-cheeked children playing with animals and adventuring through the forests. Unsurprisingly, nostalgia for these quaint collectibles has solidified their popularity among modern collectors, though you'll want to look out for a few of these specific editions because of their steep resale values.

What Do a Habit and a Hummel Have in Common?

Sister Maria Innocentia (née Berta Hummel) was a Bavarian nun who used her formal artistic training to paint soft, cherubic children. She was quite successful in selling these paintings around Germany. Encouraged by her sisters, Hummel met with Franz Goebel, the director of a prominent German ceramics company. Goebel was inspired by her the pastoral scenes she brought to life, and the two united their artistic talents. They began producing these Goebel-Hummel figurines in the mid-1930s, debuting them at the Leipzig Trade Fair in 1935. Unfortunately, the continental devastation that came with the outbreak of World War II stunted the company's production capabilities, and the ceramics-maker only began to reintroduce these figurines onto market shelves in the late-1940s. However, this post-war period marked the company's greatest success with the Goebel-Hummel figurines as American military personnel stationed in West Germany found these small collectibles to be the perfect gift to send back home to their awaiting families. Goebels kept producing these pieces until 2008, when the series was acquired by another company. 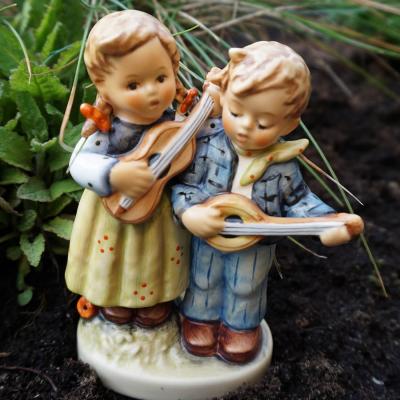 You can find Hummel figurines depicting almost every scenario you could possibly imagine; however, there are a few distinct characteristics that can better help you identify a Hummel from another ceramic or porcelain piece.

Hummel's ceramic kids are worth approximately $25-$50 on average, mainly because of how many were produced in large part due to the mid-century demand for these German collectibles. For example, this Hummel "Chimney Sweep" is listed for close to $50 at one online auction. However, there are a select few rare categories and individual series that have significantly higher values. 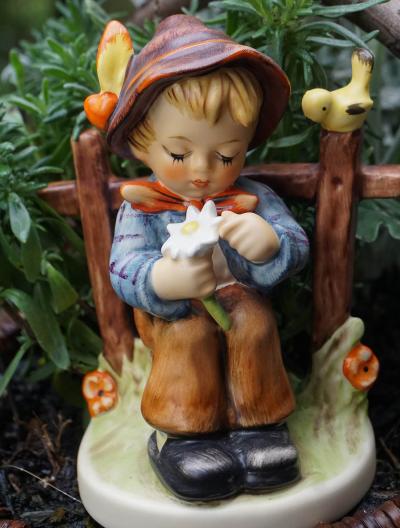 Beginner collectors will find that Hummel figurine collecting is a relatively easy and inexpensive hobby. Major online retailers like Ebay and Amazon have vintage Hummels available from private sellers' catalogs. Additionally, Hummel figurines are still being produced (albeit by a different company than Goebels) and buying a modern Hummel figurine might be the easiest way to start off your collection. Overall, Hummel collecting won't initially break your bank, but you'll want to save before making an offer on some of the oldest Hummels out there. Hummels from before the 1940s are difficult to find, and those you find available will run in the $4,000 to $5,000 range. 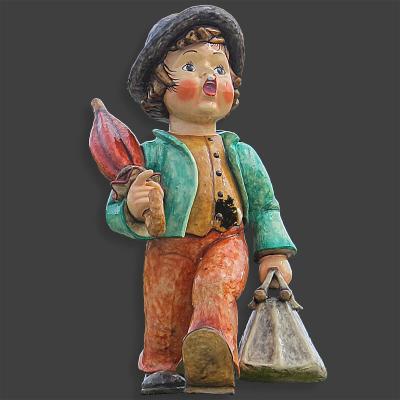 Since these cutesy ceramics made popular gifts in the 1950s, chances are your grandparents or parents have one of these figurines sitting in the corner of their curio cabinets or in an old trunk in their attics. So, its time to dust off your dungarees and air out those crawlspaces in order to see if one of these rare Hummel figurines has been hiding in plain sight all along.