If you're a musician, you fantasized about getting on the cover of Rolling Stone and, if you're a model, you've always dreamed about making the cover of Vogue. But for everyday people like your grandparents living average lives, their hopes and dreams might have been to somehow end up featured in Life Magazine. Life was a unique publication that ran until 2000 and broke the news about every major historical event for over 100 years. The magazine may be gone, but it's not forgotten, as these coveted most valuable Life Magazines prove.

Most Valuable Life Magazines to Collect

From 1936 until 2000, Life Magazine was a NYC-based publication that centered on photojournalism in a way none other had before. They used photography to tell a story, and it was this way of making readers feel like they knew the people, places, and events in the distant world that made it one of the most famous American magazines of the 20th century.

Nowadays, you can find old copies of Life in virtually every thrift store. Typically, they sell for about $10-$20 apiece, but a few rare copies consistently sell for much more. If you have any of them in your attic, they probably won't make you rich, but they could definitely add some change to your piggybank - and if you have a lot of them in good condition, you could net a tidy sum. 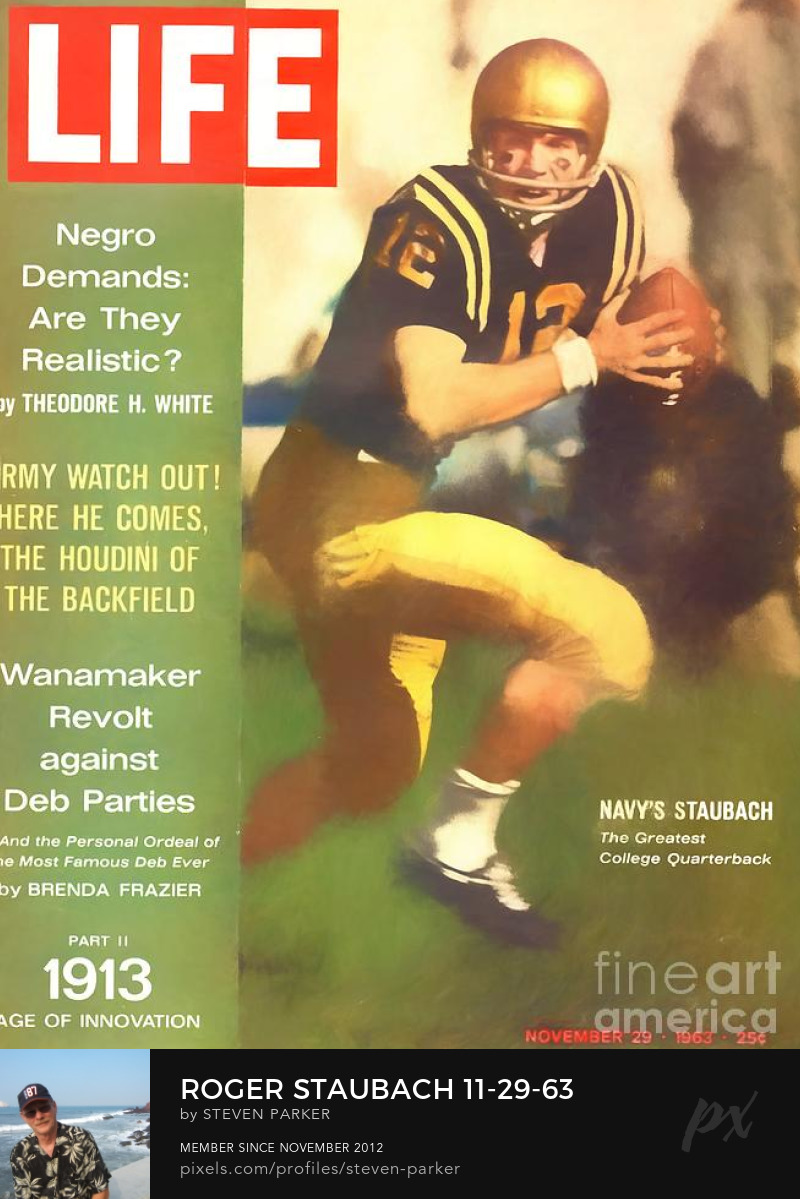 The original cover designed for the November 29, 1963 magazine featured Navy quarterback Roger Staubach mid-pass in his football uniform. About 300,000 copies rolled off the printing press on the 22nd before they got news that President Kennedy had been shot in Dallas, Texas. Obviously, this news took precedence over the eventual Heisman Trophy winner, and the cover was pulled and replaced with JFK's portrait.

Copies of the Roger Staubach cover have surfaced over the years, and they're not as rare as some collectibles. But, The Great American Magazine estimates that copies can be worth up to $1,800, depending on their condition and who's interested in buying them.

If you know anything about film history and personalities, then you're familiar with Richard Burton's and Elizabeth Taylor's tumultuous affair turned two-time marriage. The two's relationship started on the set of Cleopatra, which the April 13, 1962 edition of Life Magazine was set to cover. And though the press would quickly turn against the two when they caught wind of the affair, it's not the cover that matters with this copy. Rather, it's what's inside.

Inside of the April 13, 1962, Life Magazine are two Topps baseball cards, Roger Maris and Mickey Mantle. These are rare baseball cards, and sports collectors look for copies of this magazine to see if they've still got the cards inside. Because of the cards' values, copies usually sell for around $130. For instance, one is currently listed on eBay for $125.01.

April, 1968, was a momentous month. President Johnson planned to announce his decision to not run for re-election, and Life Magazine had a cover ready to print detailing the historic moment. Yet, much like tragedy replaced Roger Staubach's cover, so too was LBJ's. What could be more significant than a sitting President choosing not to run for re-election? Only Martin Luther King's assassination, of course.

A limited number of covers were printed with the original LBJ design, and they're listed online for about $30-$50. For example, Biblio is selling one used copy in a good condition for $35.

Are you InTheKnow?
Sign up for our newsletter featuring all the latest stories and products we love.

Valuable Things to Look for in Life Magazines

Life Magazines are by far one of the least valuable (but most interesting) collectibles, and they're really easy to get ahold of. This means that you don't have to be so discerning about where you put your money, but if you only want to add a few special editions to your collection that could be worth more than what you can buy them for, look out for these important characteristics.

Life Magazine Stopped Life From Passing You By

Life Magazine was the social media of its age. It's where people got their world news, gossip, pop culture, and so much more. Because it's so connected to the American past, it continues to be a popular, inexpensive collectible today. So, if you want to take a trip back in time for an afternoon, flip through the pages of an old Life Magazine.

Trending on LoveToKnow
7 Valuable Nintendo Games You Just Might Still Have
Your afternoon gaming sessions just got an upgrade with these super valuable Nintendo games we all loved as kids.
Keep Reading
5 Collectible and Most Valuable Campaign Buttons
Most campaign buttons aren't worth much more than a few bucks, but some can command high prices.
Keep Reading
French Provincial Furniture Makeover Ideas for a Stylish Update
These quick & easy updates won't take a ton of effort, but they'll bring fresh, new life to vintage pieces.
Keep Reading
6 Vintage Hair Accessories to Rock Your Retro Look
When you want to keep your retro aesthetic but don't have time to finish a hair style, turn to these easy vintage hair accessories.
Keep Reading
Valuable Vintage Care Bears That You Might Still Have
The Care Bear stare isn't all that these valuable vintage Care Bears have going for them.
Keep Reading
Stoneware vs. Porcelain: Key Differences in Dinnerware
Understanding the difference in stoneware vs. porcelain is important for identifying antique china and assigning value to pieces you own. Although people tend to refer to all pieces as "china," the
Keep Reading
7 Vintage Perfumes to Take You Back in Time
Transport yourself back in time with these iconic vintage perfumes.
Keep Reading
Use Baseball Card Appraisals to Maximize Your Investment
Interested in selling your trading cards? Learn all about the next steps you should take.
Keep Reading
© 2023 LoveToKnow Media. All rights reserved.
Are you InTheKnow?
Sign up for our newsletter featuring all the latest stories and products we love.
Most Valuable Life Magazines That May Be Hiding in Your Attic