Historic Japanese artistry is renowned for its sensuous lines, natural motifs, and beautiful colors, yet traditional Japanese Netsuke techniques aren't as well-known as other methods of Japanese art. These incredibly small figurines, carved out of a multitude of materials and in a variety of motifs, were an important part of traditional Japanese dress customs between the 18th-19th centuries. Nowadays, both arts and antiques collectors compete with each other to own extant examples of these finely crafted pieces. So, take a look at how these tools were first being used, what they meant to Japanese culture, and why they're so collectible today.

While Netsuke began in the 17th century, it really evolved into the stylized pieces known today in the 18th century when the majority of Japanese men were incorporating Netsuke figurines into their everyday garments. According to the Christies auction house, Netsuke originally developed as a fashionably carved counterweight to stabilize the Inro boxes that men carried at their waists, which held personal goods in lieu of their kimonos being outfitted with traditional pockets. In essence, a modern comparison to the inro box would be the fanny back. Interestingly, both Western and Eastern cultures had manifested their own versions of these boxes, bags, or chains during this period - though Netsuke began to decline in Japan by the 20th century while other forms of these portable items lasted for far longer - but these boxes and carved figurines are particularly valuable today.

Netsuke is quite unique in that they come in an immeasurable number of styles and motifs. This makes for a great opportunity for collector's to constantly be finding new pieces and expanding their collections. However, there are a few common characteristics which are shared between these small carvings, and those include: 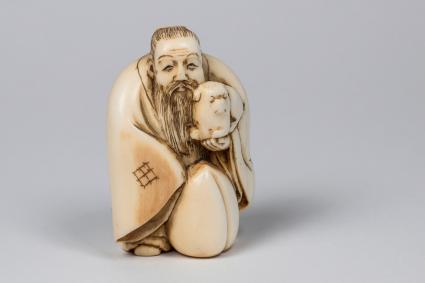 As with many artistic products, Netsuke followed the creative trends of its home culture throughout the 18th and 19th centuries. For example, there was this transition from folkloric imagery, kabuki figurines, and religious iconography in the 18th century towards more mundane, humanistic objects in the 19th century; this reflected changing interests towards the mysticism of average life that was happening at the time. There are many different Netsuke motifs which collectors encounter, but some of the most common are: 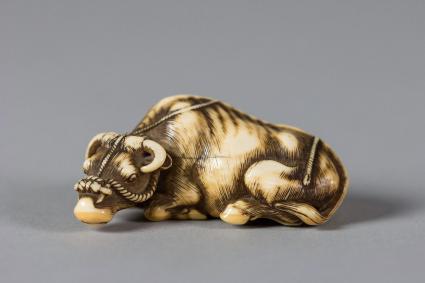 When you're trying to identify a Netsuke, your best option is to find a specialist because these pieces were rarely marked, and they also come in such a wide variety of styles and motifs that it's difficult for a novice to know every possible example. That being said, according to the International Netsuke Society, these are generally the materials that you'll find these small figurines to be made out of. 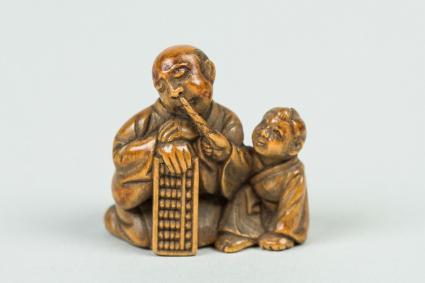 On the whole, Netsuke has a pretty significant range of values which are dependent on their rarity, if they've been signed, and if they come attached to a Inro box. These Inro boxes + Netsuke combinations are worth anywhere between $2,000-$20,000. For example, a Meiji Period lacquer Netsuke that was signed by Shibata Zeshin was estimated to be worth between $20,000 to $30,000 in one auction. Whereas, more simply carved Netsuke can be worth as little as a $100, like this 19th century ivory Netsuke whose estimated value is between $100-$150. Yet, there aren't a ton of these items currently on the market, and so you're best option is to find a specialty seller if you're looking to add one of these unique artifacts to your collection. 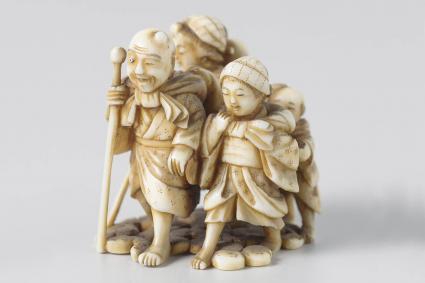 One of the best aspects of collecting Netsuke figurines is that they embody a period of Japanese culture when it was rapidly expanding and cultivating a true sense of national identity. So much of historic Japan can be found in these individual tokens, and since these figurines were made out of such durable materials, you can absolutely incorporate one into your own modern dress should you be lucky enough to acquire one for yourself.

Comments
© 2006-2021 LoveToKnow, Corp., except where otherwise noted. All Rights Reserved.
Netsuke at a Glance: Intricate Artistry and Its Origin