There's nothing that screams summer fun quite like vintage surf art with its undulating waves, bright colors, and daring aquatic stunts. Perfect for complimenting the macrame and nautical decorations of beachfront bungalows, vintage surf art rose to popularity in the mid-20th century, and both surfers and non-surfers alike have continued collecting these covetable pieces ever since. Take a look at out how these iconic prints featuring adventurous teens came to capture the public's attention.

The jubilation of the post-war period came to a head in the early 1960s, where teens and young adults flocked to the California beaches in the hopes that summer would never really ended. The exploits of a young woman who was new to the surfing scene that was depicted in the film Gidget (1959) brought this enviable sense of endless fun to even the coldest reaches of the New England area. Dick Dale and the Beach Boys dominated the radio with their new surf rock sound, and Hollywood's beach party genre kept kids on the beaches long after curfew; and the art world wasn't exempt from catching this surf fever. 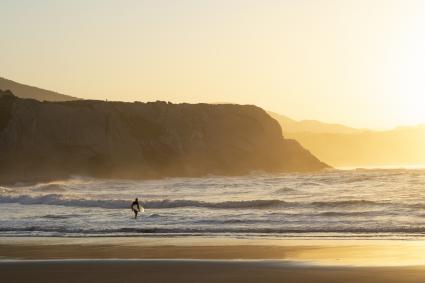 John Severson was a photographer and filmmaker who adapted his advertising methods in order to compete with the growing number of artists who were also documenting the California surf community in the early 1960s. Thus, he released an art book in 1962 filled with photographs that he had taken of the beaches, and demand for future editions of this book quickly inspired him to launch the magazine Surfer. This magazine was wildly popular, and it gave many artists the opportunity to contribute their illustrations, photographs, and comics to a single, well-circulated space. Some of these legendary artists who helped create what is now considered the 'surfer' image include: 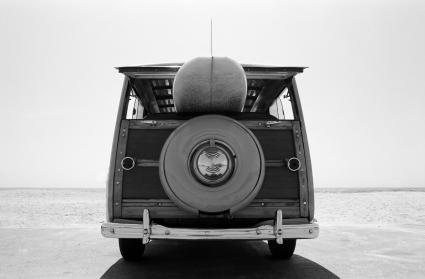 You can find vintage surf art in all types of mediums and sizes, but here are some of the most common types of these collectibles which are currently available. 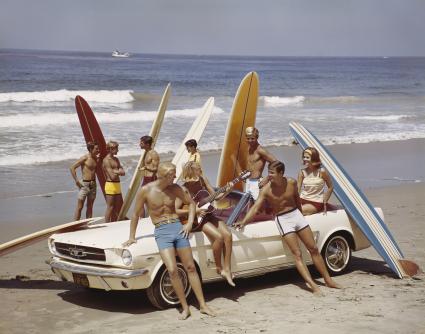 Thankfully, retro surf art is very clearly depicted, which makes it easy for amateur collectors to identify an original piece. Here are some of the characteristics you can look for when assessing a potential purchase. 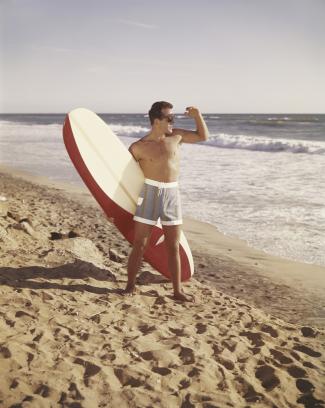 Different motifs that recur throughout these artworks include:

Mid-century surf art is well-known for its use of bright, saturated colors and active backgrounds. When you're rifling through your local antique store's boxes of prints, keep an eye out for ones with these touches.

Many of these vintage surfing posters and illustrations boast large titles of different islands or country names that have a large surfing community. For example, a large number of these pieces depict an idealized version of what these artists believed Hawaii and Hawaiian culture was. Other similar kinds of rhetoric that were printed on these pieces include words like vacation, paradise, summer, and so on. 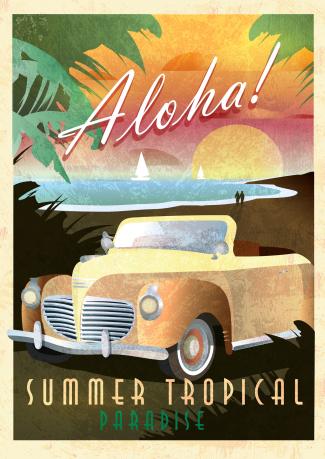 While the surfing craze of the 1960s didn't last into the 21st century, collectors' desires for these commemorative pieces of vintage surf art did. This niche vintage art market is pretty lucrative for sellers, with good condition prints and posters being priced between $200-$300 on average. For example, a three-poster lot of surf prints from 1962-1964 is evaluated to be worth between $600-$800, and a poster announcing John Severson's first annual edition of The Surfer is listed for a little over $100. Similarly, posters and photographs from busy tourist attractions like Waikiki Beach have a fast turn-over rate. Even works that don't abide by these aforementioned typical rules, like this isolated, black and white photograph of a surfer, can be valued between $20-$100.

It's an Endless Summer When Surrounded by Vintage Surf Art

One of the greatest benefits to collecting vintage surf art is its 'Endless Summer' appeal. While your plans to go on that two-week cruise or have a weekend getaway in the Bahamas might have been dashed, surrounding yourself with illustrations of these boisterous retro teens can make even your most cluttered office space feel like paradise.