Pyrex is a trusted brand name of ovenware that has been in business for over a century, started as a part of Corning Glass Works. Vintage pieces are still used in today's kitchens. The easiest way to identify whether your piece is antique or vintage is to examine it.

How to Tell If Pyrex Is Vintage Using Patterns and Colors

Pyrex glassware made by Corning Glass Works was originally clear. In the mid-1940s, however, colored and patterned bowls and casserole dishes began appearing and are what many collectors seek today. Pastel shades of blue, green, pink, and more became common, although bright primary colors also had their time along with more muted earth tones. The Corning Museum of Glass's Pyrex Pattern Library and Pyrex Pattern Reference from Pyrex Passion have timelines that features popular colors and patterns through the years. Just a few notable ones include: 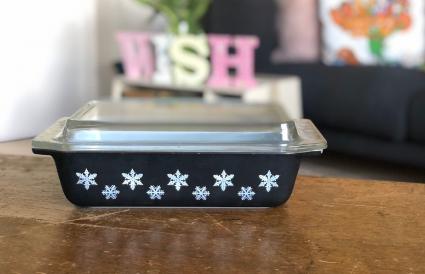 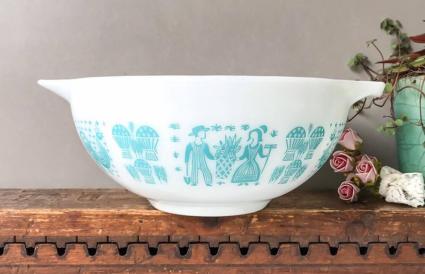 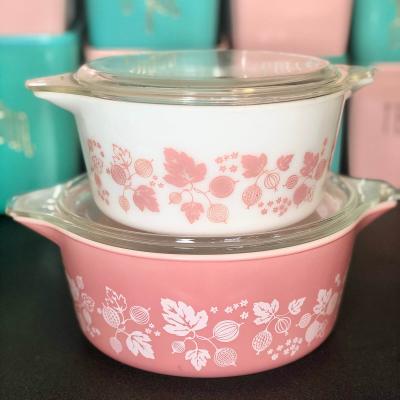 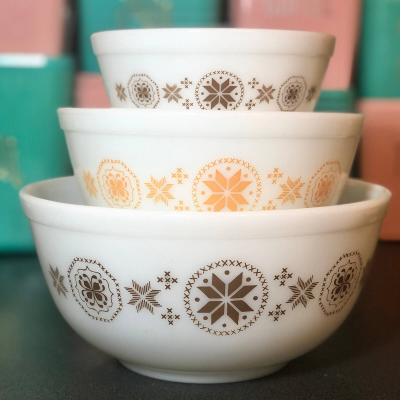 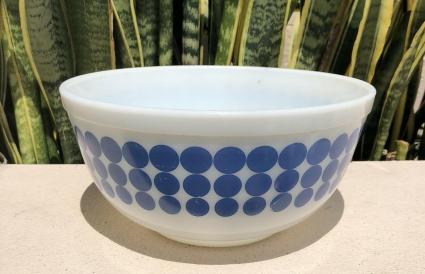 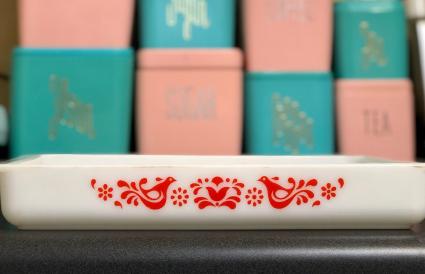 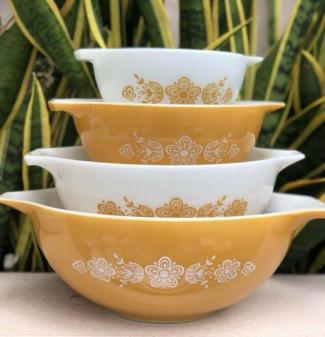 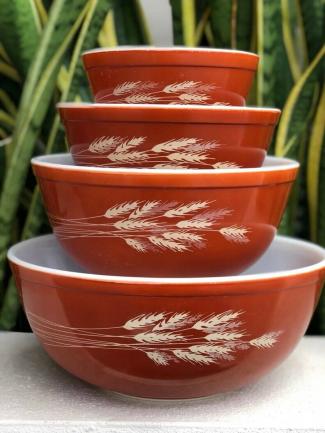 Sometimes, groups of patterns are referenced together. For example, the "Gooseberry", "Butterprint Amish", and "Spring Blossom" patterns are all considered Americana patterns says BonAppetit. Limited patterns and promotional patterns were also released over the years, although they may be more difficult to find. Clear tinted glassware lines, like Flameware, Fireside, and Vision, were also common and their individual hues can help identify and date them. World Kitchen now owns the Pyrex brand and has reintroduced some of the popular patterns, so it is important to verify you have the vintage version.

The color and pattern isn't the only thing that will help you determine whether your Pyrex is antique or vintage. Use the glass markings, stamps, and logos on the pieces themselves to identify when the glass was produced.

There have been numerous variations on the Pyrex markings over the years. If you do not see a backstamp on any of the pieces, especially the colored dishes, it doesn't mean it can't be Pyrex. Sometimes stamps would wear off in use and cleaning. Check with a local antiques appraiser or expert if you're unsure about whether your piece is vintage Pyrex. 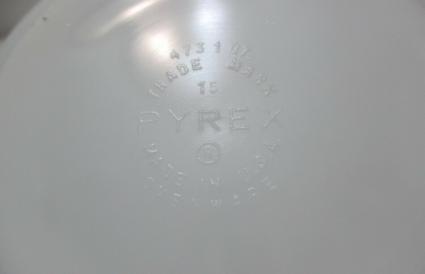 What Is Pyrex Made Of?

Pyrex pieces are made of glass, although the type of glass has changed over the years.

Is Vintage Pyrex Worth Money?

Once you've determined your dish is both Pyrex and vintage, you might wonder if you should use it, put it aside for safekeeping, or attempt to sell it. If you want to buy or sell common patterns for individual pieces, you will likely pay or receive a reasonable price for a sturdy piece of kitchenware. Full sets in good condition are worth more, as are limited edition patterns which are difficult to find and can garner a higher price. Recent examples of various dishes and their worth include:

Home cooks still use many vintage Pyrex bowls and casseroles dishes in their homes today. If you're looking for pieces to add to your kitchen collection or put to use, check with older relatives, yard sales, and consignment shops to get the dish you need.

1
Comments
© 2006-2020 LoveToKnow, Corp., except where otherwise noted. All Rights Reserved.
Resources, Advice & Tips for Covid-19
Read More
How to Tell If Pyrex Is Vintage: Patterns and Marks