While most people might not be familiar with the name Toby Jug, they can almost immediately recognize the jovial, tipsy appearance of these 18th century ceramic characters. From tavern shelves to upscale curio cabinets, these humorous relics are perfect collectibles for the eccentric people in your life.

According to the American Toby Jug Museum, a Toby Jug "is a figural ceramic pitcher modeled in the form of a popular character, historical, fictional, or generic." These jugs originated in the mid-1700s, and there is some debate over how the glassware got its name. Many believe that they were named after a person in the popular song The Brown Jug named Toby Fillpot who drank 2,000 glasses of ale. Yet, these brightly colored ceramics began to lose popularity in the 20th century, where artists shifted to creating character jugs. Often mistaken for being Toby Jugs, these ceramics feature the head and shoulder of a given character, while Toby Jugs always feature the person or animal's full body. That being said, these iconic statement pieces haven't lost any acclaim with modern antique collectors. 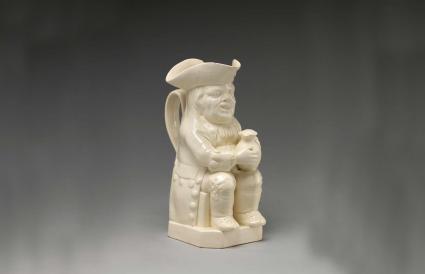 To determine who crafted a Toby Jug in your collection, look on the bottom of the jug for a makers' stamp. These marks sometimes include the company's name but are wholly unique to each individual maker, meaning you can easily identify where your Toby Jug originated. At its height, there were numerous Toby Jug makers; here are a few of the companies that collectors seek the most. 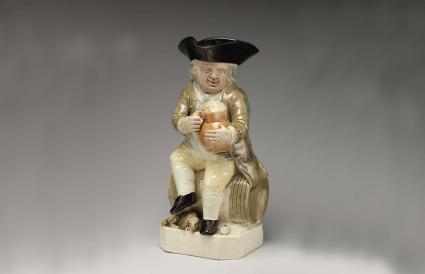 Although Toby Jugs come in a myriad of options, the most collectible ones resemble the classic designs of 18th century men and women. These jugs feature men and women standing or seated with ale mugs, tea glasses, pipes, and snuff boxes resting in their hands. These are the points on the jugs that are opened for whatever liquid you have stored inside to pour out. Here are a few of these 18th century characters which you might have in your collection or that you might be interested in hunting down yourself.

Interestingly, these small ceramics can be worth quite a bit of money, especially considering they aren't particularly rare. However, these jugs' estimated values widely range between the lower hundreds to the upper thousands. This depends on the rarity of a specific Toby Jug; jugs which were produced by highly collectible makers or styles which are known for only having a few confirmed examples are going to be worth significantly more than the mass-produced jugs of the 19th century. For example, a simple pair of 19th century treacle glazed jugs are listed for close to $150 and a Victorian Staffordshire jug from 1870 is listed for a little over $200. Meanwhile, a collection of jugs from the 1880s-1940s is listed for a little over $1,000. 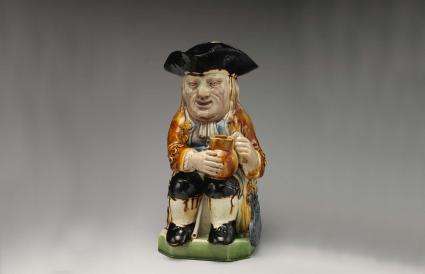 One of the most complicated aspects of collecting these ceramics is the fact that they're often lumped with character jugs. Thus, make sure you verify a listing for one of these jugs before you commit to purchasing one in case it's been incorrectly labeled as a Toby Jug. Unfortunately, many makers manufactured both Toby Jugs and character jugs simultaneously, which muddles the market's clarity for amateur collectors. Similarly, the 'newer' the jugs are, the more likely they are to deviate from these 18th century characters. For instance, one auction has both a vintage Royal Doulton Toby Jug entitled the Balloon Man and Woman and a vintage jug with a clock that is set in between two seated men.

The Perfect Ceramics for Your Curio Cabinet

These colorful and joyful ceramic characters make wonderful collectibles for collectors who enjoy bold pieces and English iconography, and since there are so many available, you'll find that its really easy to acquire the perfect Toby Jug for your corner curio cabinet.

0
Comments
© 2006-2021 LoveToKnow, Corp., except where otherwise noted. All Rights Reserved.
Intrigue of the Toby Jug: Vintage Styles and Values