Collecting antique swords is a popular, worldwide hobby and a good investment; the value of swords grows at an average of 20 percent each year. New collectors should, however, build a solid foundation of knowledge about antique swords before they start their collection.

The sword is rich in history and was the weapon of choice in Europe, African continents and Asia for centuries, long before it was popular in America. Sword manufacturing dates back to 3700 BC, when copper mining began in ancient Egypt and Anatola (Turkey). The vast number of swords, types and styles manufactured by ancient civilizations through the 19th Century makes it impossible to identify all, but below are some of the primary swords used during that time period.

Prices for authentic swords can range from $100 to $6.5 million. This massive gap in value depends on the condition of the piece, the age, purpose for which it was used and its rarity; for example, according to an article from the Washington Post, the last sword used by Napoleon sold at an auction in France in 2007 for $6.4 million. This was one of the highest prices paid for any sword on the market.

Some of the first swords in recorded history included:

Information about is available about prominent sword smiths and manufacturing plants between the eighth and fourteenth Centuries is limited. However, the highest ranking European sword makers and plants that were in high demand were Germany and Italy.

Prominent sword makers most likely left hallmarks or signatures on their work. Marks will vary from maker to maker.

Anatomy of the Sword 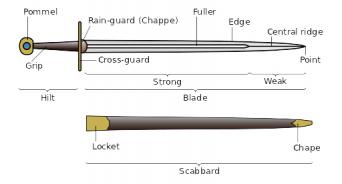 There are two parts of a sword, the blade and the hilt. The hilt is the upper part of the sword attached to the blade. The sword evolved through the centuries; parts were added and developments made to improve handling, sharpness, length of the blade, and embellishments to signify military rank, social class and country of origin.

Ancient sword blades were single or double-edged, and purposed for three uses: To cut, thrust, or cut and thrust. Parts of the blade include: 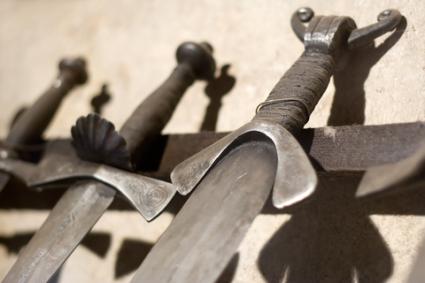 The hilt has several parts: 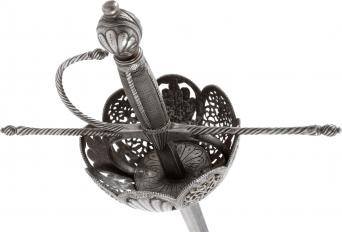 Dealers and experts who classify or describe swords have diverse opinions. The evolution of ancient swords is so complex it can be mind-boggling to the new collector.

Weapons originally made as cutting swords may have changed to a cutting and thrusting sword in another era or country. Experts can look at a sword and know the time period from which it came, but mistakes are still made by the most knowledgeable.

Ewart Oakeshott, renowned Medieval sword historian, wrote a brilliant typology that is used as a classification guide by most appraisers.

The Most Sought After Sword 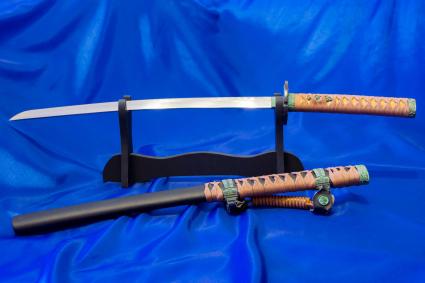 The Katana Japanese Samurai Sword made in 800 AD, is the most sought and can cost hundreds of thousands of dollars on the market; it can't compare to any other sword in history. The curved blade averaged about three to four feet long and the hilt size ranged from eight to twelve inches. The blade was made from hundreds of thin layers of the purest steel, with no imperfections. The Katana's blade is the sharpest of blades, with a balance of perfection. Numerous Katanas were brought to the U.S. after World War I.

Bill Blake, sword maker and owner of Sword-Site, shared a historical perspective regarding the value of antique swords. Blake says that in regards to their demand, "European swords were sophisticated both in terms of the physics they employed, and also their metallurgy - and that is coming to be appreciated."

Swords can be very expensive. Blake noted that almost all European Swords were destroyed or cast into the sea at the demise of its master, which makes any find rare and costly. Blake opined that the overall price for European swords is more reasonable than Japanese and Chinese pieces and a far greater variety in type and design.

Tips for the First Time Collector 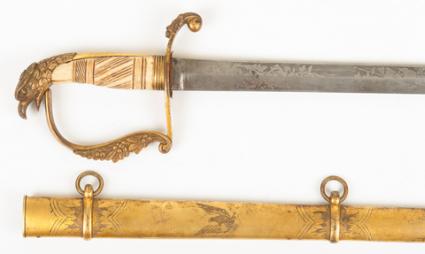 The easiest and most available sword to collect are 19th and 20th Century military swords; they are affordable, easy to identify, forgeries are few, and most are in good condition. The best advice for you as a new collector is to learn as much as possible about the kind of sword for which you are interested; go to auctions and dealers, handle the swords, talk to vendors and collectors. Once you acquire knowledge, you'll be ready to begin your crusade into the world of sword-collecting.

Randy McCall commented in his article, The Art of Cutting, that as a whole, the same process is used to identify blades from all parts of the world. The list below is a collective opinion of sword collectors, and dealers.

There are several sword experts and dealers who have published information about antique swords; Harvey JS Withers, dealer of antique swords and edged weapons has a series of helpful guides about European Swords; the Metropolitan Museum of Art has a free online selection of journals written by curators and experts, and house one of the largest exhibit of arms and armor. Blake's website, Sword-Site, is known as the world's largest online sword museum, and provides information on over 800 swords with descriptions and photos.

Where to Buy Antique Edged Weapons

Dealers are listed in all parts of the world, but the safest option is to buy from a reputable, licensed dealer who will give you a certificate of authenticity and guarantee; however, this is not the most cost-effective. Reach out to dealers and vendors, feel them out; are they friendly, do they know the merchandise, do they respond in a timely fasion? Use your instinct; it is always spot on.

Determining the Authenticity of Swords 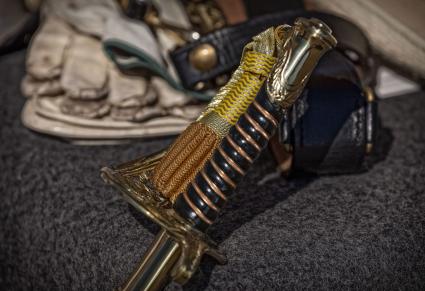 Blake says, "The only true way to tell a good fake from a genuine antique is to utilize the expertise and personnel of a metalograhpical laboratory." Science will provide collectors with a definitive answer versus an educated guess from someone knowledgeable about antique swords. However, if you are not spending thousands, or hundreds of thousands of dollars, here are a few tips to give you an idea of what to look for when you classify your sword's authenticity.

Build a Foundation of Sword Knowledge

Collecting antique swords is an interesting hobby and lucrative investment, however, the classification process is extremely complex. One sword could have over one hundred variations and several names. Dealers and collectors alike agree that you should begin with one time period or one type of sword and learn everything possible, before you dive in. Once you have a solid foundation of knowledge, you will be ready to enter your historical adventure into sword collecting.