The value of vintage Coca-Cola machines can vary, based on several factors. As with any Coca-Cola collectible, the real value of a vintage machine depends on what a buyer is willing to pay for it.

One of the largest and most well-known manufacturers of Coca-Cola vending machines is the Vendo company. Vendo was founded in Kansas City, Missouri in 1937. Two brothers, Elmer F. and John T. Pierson bought a patent for a simple, reliable vending lid. The lid was designed to lock on top of the Westinghouse and Frigidaire chest coolers that many grocery stores and gas stations used to chill sodas that they would sell on the honor system, where customers would grab a soda and pay at the counter. With the technology of this new vending lid, about $3000 in start-up capital in the help of J.E. Hagstrom and his company, the Piersons developed the first real vending system, a lid called the "Red Top". With this lid, the delivery opening was moved to the next bottle in the chest, instead of moving the bottles through the ice.

The Vendo company survived wartime restrictions during World War II that were devastating to many other industries because the U.S. War Department declared soft drinks as "essential to soldier morale". Vendo was authorized to produce 5000 "Red Tops" for military training camps and war plants.

During the 1950's, the vending industry soared to new heights. Vending machines gained a new look with upright, streamlined units with rounded corner cabinets. Some of Vendo's most popular machines were made during this decade, including the V-39. Vending machines also started to sell multiple products such as packaged snacks, coffee, milk and ice cream.

Cavalier was another successful Coca Cola vending machine company. Their machines are popular with collectors, including the C-27 model from the late 1940s and the C-102, which dispensed soda from two sides. These machines were widely used during the 1950s, a time when racial prejudice was still running strong as evidenced by the machine's segregation of drinks, with one side reading "Whites Only" and the other "Colored Only".

One way to determine the value of vintage Coca-Cola machines is to research what certain models are selling for on auction sites such as eBay. Just remember that you usually don't get full value for collectibles when you sell on eBay. You could also try a vintage vending machine forum such as Cola Machines.

Variables that will determine the value of any vending machine include: 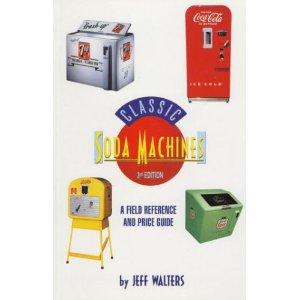 Acquiring as much knowledge about Coca-Cola vending machines as you can possibly get will help you feel more confident when buying or selling them. You can find the following books on soda vending machines at Amazon, Classic Soda Machines and Vintage Coca-Cola Machines a Price and Identification Guide to Collectible Coolers and Machines.

There are also some great websites that are dedicated to educating about, collecting and restoring vintage soda machines. These sites will help answer your questions and allow you to network with other collectors and experts in the business of restoring antique soda vending machines.

You can see what different models of Coke vending machines are selling for at Game Room Antiques. Here are a few examples:

As you can see, most vintage Coke machines that have been fully restored are worth $5000-$6000. The first listed Vendo 39 was cheaper because it was listed from a private seller who estimated its value at $2995.

Those who love the vintage, retro look can benefit by having one of these Coca-Cola machines in their garage, game room or back patio. These machines are a big investment, however, you can start to recoup some of your investment by doing a lot of entertaining!