The antique Victrola record player, with its hidden sound horn and well-crafted appearance, immediately invokes a sense of the past to all of those who encounter it. Developed in the early 20th century as a new way to play recorded music at home, you can still find working antique Victrolas, and many avid collectors have dedicated years to learning the art of repairing these original phonographs. Take a look at how the Victrola came to be, why it was so significant, and what you should consider when trying to collect one for yourself.

The first recorded sound came from the designs of famed inventor, Thomas Edison, in 1877. Edison's phonographs recorded and played sound using wax cylinders which had etches running across their surface that were made from the vibrations of sound waves pushing against a metal needle held overtop of the wax. These phonographs were monumental in marking a new century and culture of entertainment. Other bright thinkers of the period worked to further develop this technology; they invented flat discs to use instead of cylinders (a precursor to vinyl) and modified the machines to be more compact within the home. The Victor Talking Machine Company in particular was renowned for its release of the Victrola, a music player which moved the sound horn from atop the machine to within its cabinet, and the strength of the sound was determined by how widely the doors were opened. Ultimately, these machines' popularity only lasted for about twenty years due to the rise of modern radio. Yet, the Victor Talking Machine Company adapted and joined with the Radio Corporation of America (RCA) to form an industry titan in the music business that is still dominating the market today. 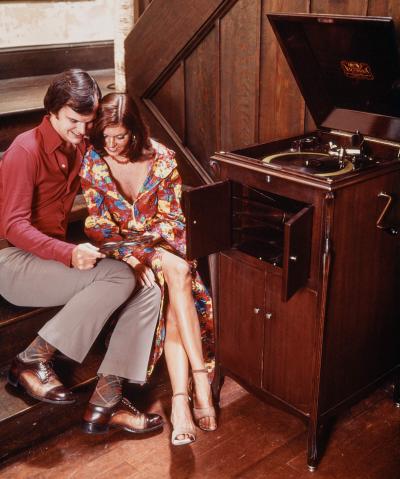 Antique Victrolas were only produced for a short period, although the company continues to create modern Victrola record players to this day. The most distinctive characteristic of the Victrola is its square shape and its hidden sound horn. Some models of victrolas were equipped with hand cranks and others were actually electric; yet, these 'Electrolas' were more expensive than the manual ones, and fewer families had homes wired with electricity to be able to use them. One of the most collectible Victrolas today is the Pooley Flat top series because of how unpopular it was when it was first produced - and so fewer were made - due to its deep-set gramophone. Here are a few of the most popular Victrola models that you might come across in your antique record player journey. 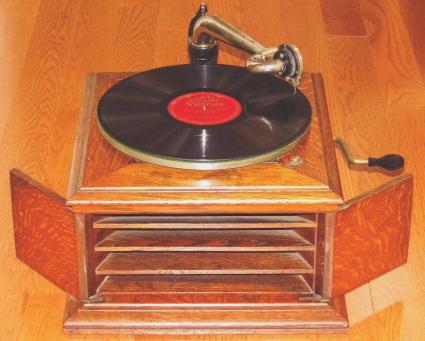 When investigating an antique Victrolas for authenticity, there are a few characteristics you can consider. Firstly, these phonographs did come in both large and small models, but most bear a maker's mark somewhere inside the floor model's cabinetry or alongside the edge of the tabletop model's base that indicate it's a Victor-Victrola. Similarly, these devices were crafted out of natural woods like mahogany and oak with varying finishes, and so can be tested to verify it's age and point-of-origin. 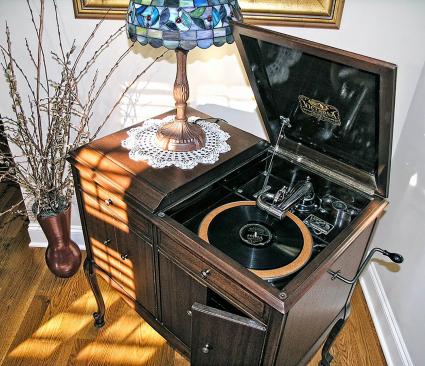 Since these machines were very finely crafted and represent an important moment in recording history, they generally have high values. Interestingly, price can be more dependent on the individual collector's interest rather than on the specific model being sold. On the whole, Victrolas are worth anywhere between $500-$5,000, depending on the collector's needs and how many repairs would be needed to make the machine run again, with fully functioning Victrolas being the most expensive and tabletops being the least. For example, an antique tabletop Victrola IX is listed by one seller for about $475. Unfortunately, these phonographs are rather difficult to find; earlier Victor gramophones are in greater abundance, and what Victrolas are initially listed as are usually high-quality exhibit replicas. Therefore, to save you hours of scouring through the internet, you should start your search by looking for specialists in antique phonographs and see if they have any listings themselves. Similarly, visit local antique stores and see if they have any in their inventory or know where you can look to purchase one. 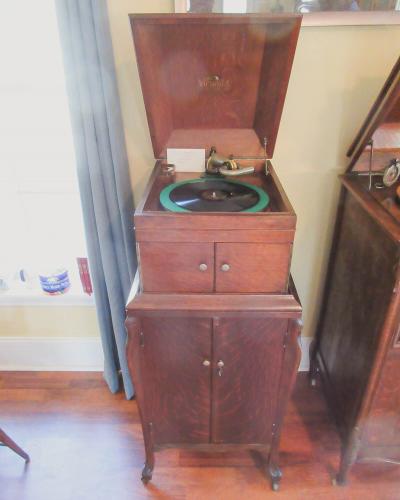 Victrola record players are incredibly important for the way they mark a shift in technology, which helped bring about modern recording equipment. If you're an audiophile who listens to albums and podcasts for hours on end, you have these antique phonographs to thank for that. So, if you happen to find that you have an antique Victrola nestled in your basement somewhere, you should grab the nearest duster and set to work bringing this monumental device back to life.

Comments
© 2006-2021 LoveToKnow, Corp., except where otherwise noted. All Rights Reserved.
The Antique Victrola Record Player: An Icon in Sound