As you find yourself rifling through every nook and cranny of your house in honor of spring cleaning, you might find yourself wondering how much is my Bulova watch worth? Since the Bulova Watch Company's affordable watch lines made them incredibly popular during the mid-century, chances are your parents or grandparents owned one and passed it onto you. While Bulova watches weren't particularly expensive, a few specific editions can be sold in today's market for a few thousand dollars.

The Beginning of Bulova Watches

Joseph Bulova, a Czechoslovakian immigrant, began working at the legendary Tiffany & Co. shortly following his move to the United States in the late 19th Century. His previous apprenticeships with European jewelers allowed him to smoothly transition into the American corporate structure, and soon he was confident enough to launch his own company, J. Bulova & Co., in 1875. Unfortunately, Bulova's timepiece innovations have been overlooked in popular culture despite being one of the first timepiece companies to mass-produce wristwatches; the company was the first to debut a full collection of wristwatches for women in 1924 and the first watch brand to have a celebrity endorser (Charles Lindbergh).

Unlike other vintage accessories, Bulova watches are relatively easy to identify. Nearly every Bulova watch has the company's name inscribed onto the top portion of their dials. However, not every single watch manufactured by Bulova features this characteristic; a few early watches from the 1920s lack the Bulova signifier on their dials. In addition, the famous Accutron watch was normally marked with its name or the tuning fork logo across the top of its dials. 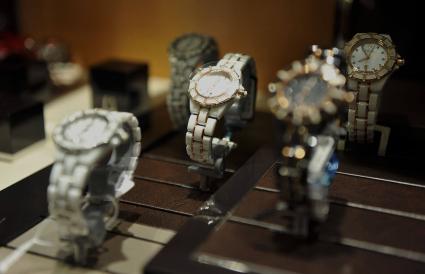 How Much Is My Bulova Watch Worth?

Since the Bulova company produced a prolific number of affordable watches during the mid-20th century, most vintage Bulova watch values are usually not much over $50 depending on the watches' condition and the quality of the materials used to make them. However, a few Bulova watches worth anything come from a series of highly collectible Bulova watches that may sell for a significant amount of money today.

Early watches produced in the Art Deco style by the Bulova Company are normally brightly colored and feature either enamel or gemstone details. Bulova wristwatches from this period which have the highest value estimates include valuable precious gemstones and metals in their bands and faces. Watches made with 14K and 18k gold, rose gold, and white gold can be sold for a few hundred to a few thousand dollars, while the enamel watches will sell for a bit less. For example, a Bulova watch with blue enamel from 1923 is currently listed for $350. 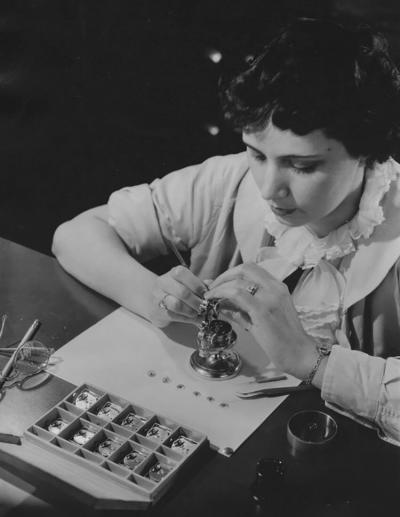 The Bulova A-11 watch was commissioned by the United States Armed Forces for use by Allied soldiers during World War II. While many different watches were distributed among Allied forces, the most iconic watch was Bulova's A-11, which came to be known as the "HACK" watch. Featuring a single-piece green band and black face, this watch is sought after by military historians, World War II fans, and watch collectors alike. A 1940s A-11 recently sold for $450 at auction.

The Bulova Academy Awards Series which was produced between 1950 and 1954, was created in partnership with the Academy of Motion Pictures. The Academy permitted Bulova to use trademarked iconography on this series of watches; however, the Academy later rescinded the agreement when Bulova began marketing the watch as having an "Award Winning Design" and sued the company for its actions. This forced Bulova to break the contract two years earlier, making this series of watches both rare and desirable for film enthusiasts and Hollywood memorabilia collectors. One such Academy Award watch from 1950 is currently being sold for $1,000 at Meierotto Jewelers.

For those who love spy novels and movies, the Bulova Accutron series is the watch for you to look out for. This specific watch employed the Accutron tuning fork, which was an electric technology that made the wristwatches significantly more accurate. Due to this accuracy, the CIA selected the Accutron to be used by their tester pilots for their Lockheed A-12 spy plane, the precursor to the iconic Blackbird. In addition, the company soon created an Accutron watch with a 24-hour hand and 24-hour bezel named the Accutron Astronaut watch. These watches performed incredibly well in high altitudes with significant g-force and were not originally created for public release. One of these Accutron Astronaut watches is currently listed for $1,695. 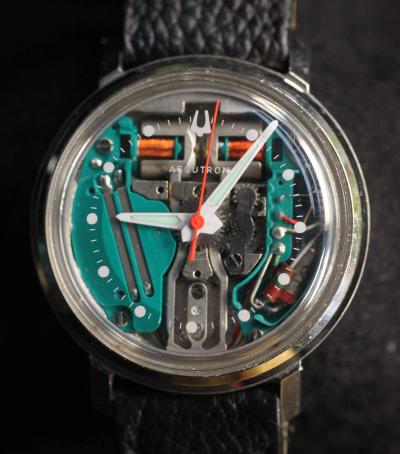 The Bulova Chronograph "C" watch can be identified by its eponymous blue, white, and red dial design, and is rather collectible due to it being discontinued a year after its release. The watch has a more modern design with a steel band and a large, colorful dial. A genuine "Stars and Stripes" watch from 1970 recently sold for $3,600 at auction.

Bring a Vintage-Inspired Bulova Home with You

Using its rich history as inspiration, Bulova launched its Archive Series to connect modern buyers to its vintage catalog. Currently, customers can purchase modern versions of old Bulova watches like the HACK watch, the "Stars and Stripes" watch, the Computron LED, and the Moon Watch. Thus, if you're dying to purchase a difficult-to-find vintage Bulova watch, you very well might see it on Bulova's shelves in the years to come. And if you're trying to sell your vintage Bulova, this Archive Series proves that there are many people who might find your vintage Bulova to be the exact wristwatch they've been looking for.

Comments
© 2006-2021 LoveToKnow, Corp., except where otherwise noted. All Rights Reserved.
How Much Is My Bulova Watch Worth? Values Explained