Serious coin collectors search high and low for certain Canadian coins, sometimes paying top dollar to acquire an example for their collection. Although there are a number of factors that contribute to the value of Canadian coins, rarity is among the most important.

The Rarest Canadian Coins Worth Money

Some of the rarest and most valuable Canadian coins are those that were produced by accident and feature a minor error. Others were produced in short runs. Still other coins were made of precious metals like gold or silver and are rare because most were melted down for their metal value. Values are listed in either Canadian (CAD) or US Dollars (USD).

Prior to 1922, Canadian nickels were made of "coin silver" (800 parts silver) or sterling silver (925 parts silver). The last of these coins were minted in 1921. Because of their high silver content, people have melted many of the coins over the years. Now they are extremely rare. These coins are regularly faked, so it's very important that you have a coin appraised before purchasing it. 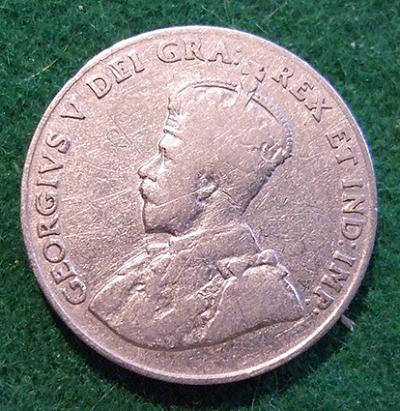 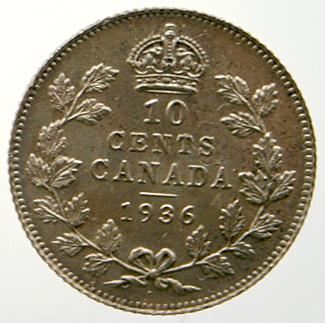 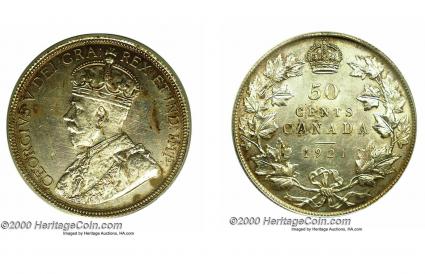 Although a number of these 50-cent pieces, featuring Queen Victoria, were minted in the late 19th century, very few survived in mint or near-mint condition. These pristine examples now fetch high prices at auction. A 1899 Victoria 50-cent coin is currently valued from $103 through $50,150 CAD. 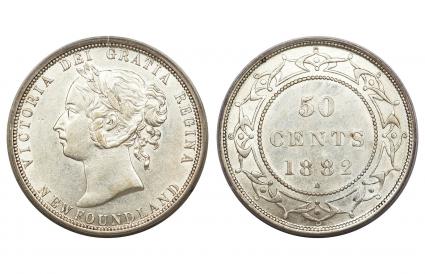 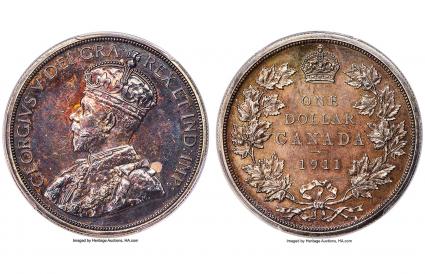 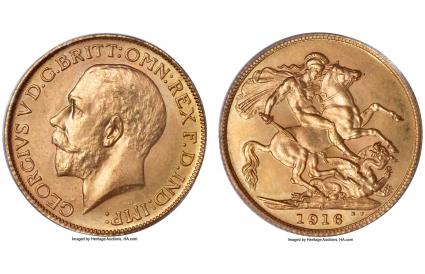 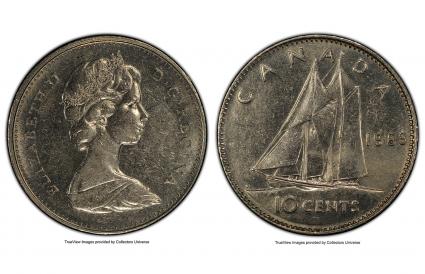 In 1921 the Royal Canadian Mint intended to introduce a new 5 cent coin made of nickel for the 1922 coinage. In preparation for its launch, the mint melted down its entire inventory of silver 5 cent coins, nearly all of which were 1921s. Only 400 silver 5-cents coins are believed to have survived. These coins are currently sell at auction for $2,261 to $67,082 CAD. 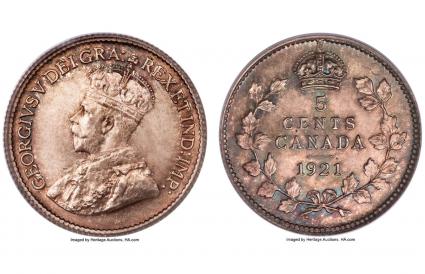 The last Canadian pennies were struck at the Royal Canadian Mint in Winnipeg on May 4, 2012. Canadians with pennies to spare were asked to take their pennies to banks and other financial institutions so that they could be taken out of circulation and the metals recycled. If you still have Canadian pennies, you can't spend them but the banks will still take them, just make sure you hold on to the rare pennies on this list.

At a 2010 auction, a Canadian penny made headlines for fetching more than $400,000 USD. The reason for this high price tag was rarity. Only three such pennies are known to exist. What makes the penny special is that beneath the date, there is a tiny dot. This dot indicates that the penny was actually made in 1937, rather than 1936. 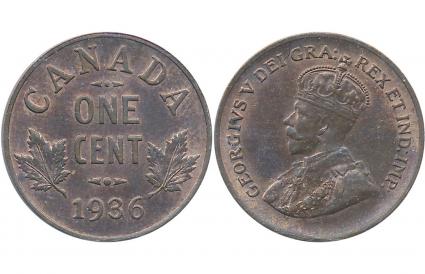 The Canadian penny was redesigned in 1953 with the coronation of Queen Elizabeth, and the first design for the backside of the coin featured a fold in the queen's gown. When this design was used for the minting it caused problems with equipment and quality. The backside was redone later in 1953 to eliminate the shoulder fold, which made the original design very rare. These pennies have sold for up to $2,000 CAD at auction. 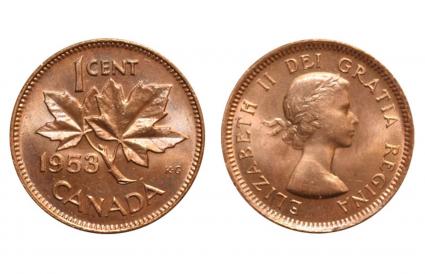 The 1955 No shoulder fold is one of the rarest Canadian pennies ever struck. A few 1955 pennies were mistakenly struck with the older design dies. These have sold for up to $5,500 CAD at auction. 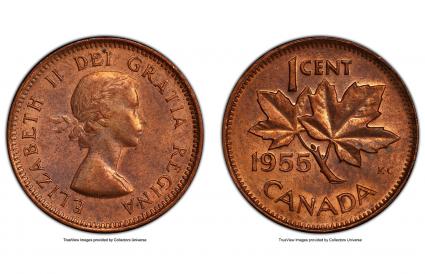 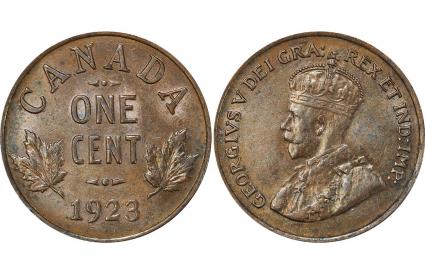 Other Rare and Valuable Canadian Pennies

The small 1-cent pennies listed below can sell for from $10 through thousands of dollars, depending on their condition.

The last penny to be produced for Canadian circulation is housed at Currency Museum of the Bank of Canada in Ottawa. However, The Royal Canadian mint issued several commemorative 2012 Farewell 1-cent coins. A 2012 Canadian Pure silver 1-cent farewell Penny, for sale on eBay, was priced at $1199.95 CAD.

Where to Buy Rare Canadian Coins

If you're looking for Canadian coins online, the following sites sell rare examples:

Coin collecting can be fun, but it's also an investment. Making smart choices in which coins you want and how much you're willing to pay is very important. Keep the following tips in mind when collecting Canadian coins:

Thrill of the Hunt

Whether you're just starting your Canadian coin collection or are going after one of the coveted coins mentioned above, you'll enjoy the thrill of the hunt. Researching and tracking down these rare coins is almost as satisfying as adding them to your collection.

Comments
© 2006-2021 LoveToKnow, Corp., except where otherwise noted. All Rights Reserved.
Old & Rare Canadian Coins Worth (a Lot) of Money